This hilarious video shows the moment that a Los Angeles resident comes face to face with an escaped 400lb black bear.

The incident happened in La Creseta, a town which sits between the city of Los Angeles, California and Angeles National Forest.

A TV helicopter from the KLTA network captured the moment when the man looked up from his phone just in time to see the bear heading towards him. He quickly turned and ran away. 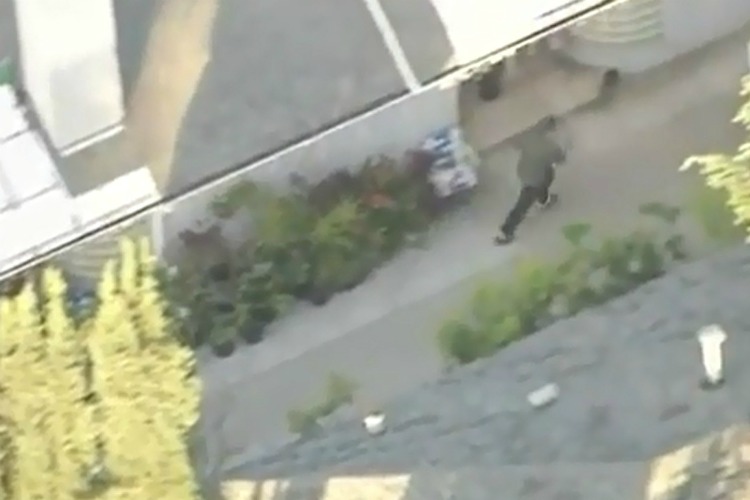 In an interview with KLTA the lucky escapee Vaz Terdandenyan said “I was texting my boss that I would be late for work because something is going on and I’m coming down the stairs and I see the bear coming up the stairs towards me. I turned back and I ran for my life. I guess running for a marathon came in handy because I was in shape to run away!“

The bear siting happened on Tuesday after a reported sighting and complainmts that a bear had recently broken into a resident’s garage to eat some frozen meatballs.

‘We did locate about a 500, 600-pound bear in this immediate area. He’s been wandering through the residential area for the last several hours.’ said Sargent Mark Slater of the local police department in La Crescenta.

The bear has since been tranquilized and captured.

Watch the hilarious encounter below.

‘I’m too old for you,’ Harry Styles gets the cold shoulder from reality TV star