Video: Six people injured in Pamplona after running with the bulls

It’s a familiar story and par for the course for spectators at Spain’s annual bull running event – adrenaline junkies accept that 200-300 participants are injured in some way each year, mainly cuts, bruises and sprains.

The bulls covered the entire course of the town in 2 minutes and 27 seconds of pure chaos, the highlight of the San Fermin festival. 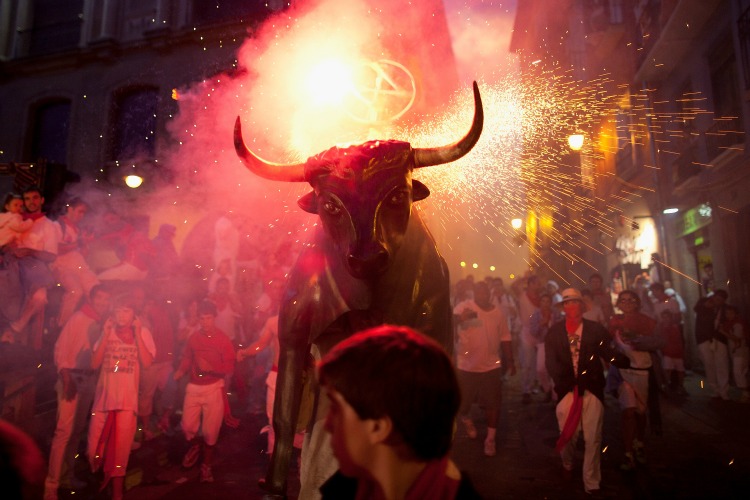 One 73-year-old man was gored in the leg by the sharp horn of a bull which caused a 25cm gash. He is being treated in hospital.

Spectators held rolled up newspapers to try and touch the bulls as they thundered through the narrow cobbled streets of Pamplona. Rules dictate that those participating in the run must be over the age of 18 and not under the influence of alcohol.

Today, day 3 of the event, 2 British tourists and an American were gored in the legs by a bull that broke free from the running pack. However, the injuries have been described as ‘not serious’.

Describing the event Carlos Saiz, 27, told reporters for the Herald Sun “It was incredible. You really feel alive. Times goes by really quickly, you are so concentrated in staying ahead of the bulls.”

Three years ago a young Spanish man was gored to death by a bull at the event. Since 1924 there have been 15 recorded deaths at the event.

Watch the chaos in the video below. 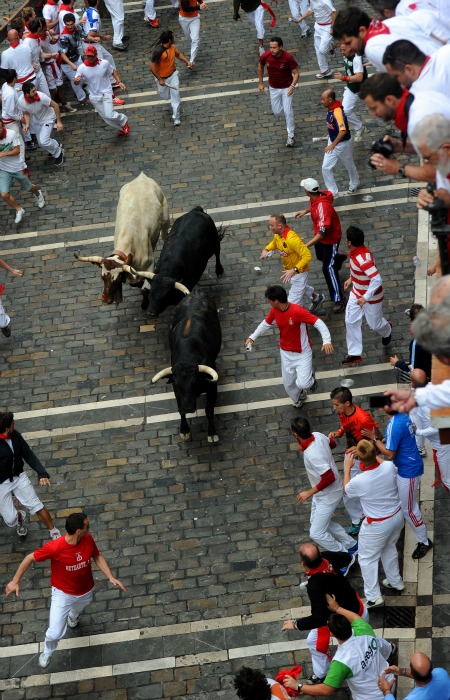