A clash of ores during the subsequent restart saw an Oxford blade snap, leaving Cambridge to claim an easy victory.

Adding further drama to proceedings Oxford rower and trainee doctor, Alexander Woods, collapsed in the bow of their boat after the race.

The swimmer is thought to be protester Trenton Oldfield, who had posted his intention to disrupt the race in a blog post on a website called ‘Elitism leads to tyranny’.

“This is a protest,” says a statement on the website. “An act of civil disobedience, a methodology of refusing and resistance. This act has employ guerrilla tactics. I am swimming into the be boats in the hope I can stop them from completing the race and proposing the return of surprise tactics.”

The swimmer was arrested by police on suspicion of committing a public order offence.

The race umpire John Garrett, a Cambridge rowing alumni, refused to restart the restart after the coming together of the boats left Oxford an ore short.

Oxford cox, Zoe de Toledo, was seen remonstrating with Garrett after the race, suggesting that due to the clash happening within the first 100 metres of the restart the race should have been stopped again.

Garrett said after the race that the rules state teams but “abidy by their accidents”, and that he had warned Oxford twice prior to the crash. 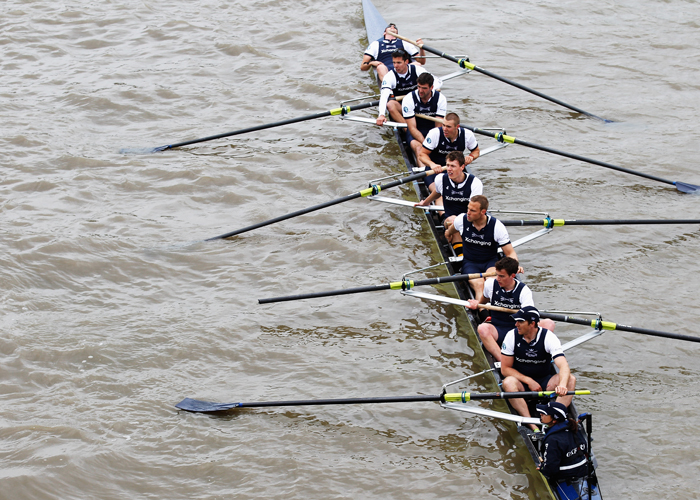 However replays suggest that Garrett’s warnings weren’t given until the coming together was already happening.

Garrett also said that he hadn’t seen the protester’s head bobbing in the water, and that Sir Matthew Pinsent pointed it out to him.

Cambridge’s celebrations were muted after the race, as Woods continued to receive treatment.

Tomic wins through to third round of Australian Open