Jolie had rocked up at the event in a split-to-the-thigh Versace dress and had taken to posing with her right leg jutting out from said gown. She had flashed the flesh for the red carpet cameras and when taking to the stage to present the best adapted screenplay Oscar decided to do the same. 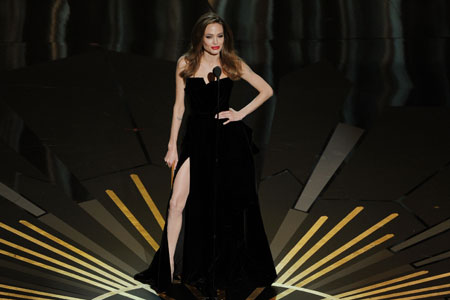 Rash though, who collected the award from Jolie herself, along with co-scribes Alexander Payne and Nat Faxon, scored one of the biggest laughs of the night by adopting the very same pose (below)  . 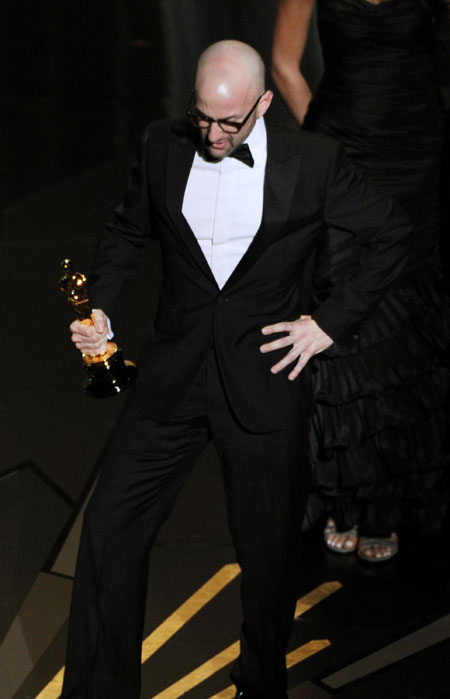 There are those who are rumoured to have been none too impressed with Rash’s mocking of Hollywood royalty, although the screenwriter was quick to quash any disquiet when asked on the subject backstage.

“I had just seen her pose and thought it was bold and fun,” he said. “And you know what? We have exactly the same legs! Really, it was a loving tribute and nothing but.”

You can check out the leg-posers below and see for yourself.

Amy Winehouse Back To Black dress sells for £43,200 at auction