The Brits made it part of their Empire, and even the Japanese laid claim to it during World War II. Melaka has survived all of these changes and as a result is a melting pot.

Chinese merchants came to Melaka from the 16th to 19th centuries, and many married local Malay women. Their descendants became known as Peranakan, who became Melaka’s wealthiest residents. They transformed the Dutch townhouses into Chinese Palladian homes, such as the museum, decorated with marble, silk and mod-cons of that time.

But the famous legacy of the Peranakan women (or nynonyas) is their cuisine. Sitting under the fans in the luxurious Majestic Hotel, we tuck into this mix of Malay and Chinese cooking traditions.

Villa Sentosa is a living museum in Melaka’s only Malay village Kampung Morten.

Visitors to the house are “entertained personally” by its family members, which includes posing like the Malaysian Royal family for photos, admiring the marital bed that “has produced 54 grandchildren”, and hitting a gong three times to make a wish. Bizarre but fun!

Most evenings in Melaka begin with a thunder shower. The rain cools the steamy streets and washes away the pervading smell of cooking spices and exhaust fumes.

Take a boat cruise along the river after a storm to see the city lit up at night. 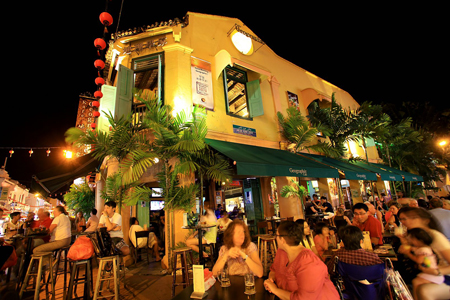 What to do at night

Melaka is a small city, so the choice of nightlife is limited. You can take your pick from karaoke bars, or late-night cafés.

The most striking landmark in Malaysia’s capital, Kuala Lumpur, is the Petronas Towers. No matter what time of day, you’ll be mesmerised by this 425m architectural feat. You can only go as high as the 42nd storey and though tickets are free, it’s best to queue early to get a guaranteed viewing slot.

Your next best bet is to book a table at the Sky Bar at the top of the Traders Hotel – it’s right opposite the towers, making for an awesome night-time photo op.

Get more info at: shangri-la.com

Malaysians love shopping, and Kuala Lumpur probably has the best selection of malls in one city. These air-conditioned retail havens range from upmarket gallery-style Star Hill and designer label-filled Suria KLCC, to BB Plaza for those wanting electronic bargains.

However, if you’re really after a deal, head to Chinatown where you’ll find “genuine fake goods”, such as sunglasses and handbags. Don’t be afraid to haggle. In fact, stall holders expect you too, often reducing the first asking price by 80 per cent. 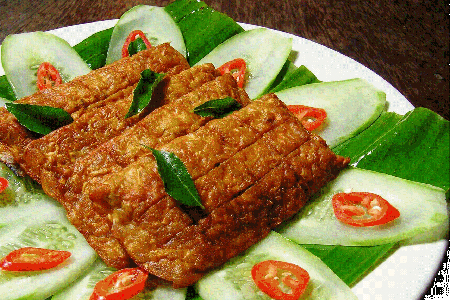 Your stomach is guaranteed to expand in Malaysia. Don’t miss out on these:

Roti canai – Normally eaten at breakfast, roti canai is flatbread, twirled until thin and then cooked on a hot grill.
Otak otak – This nyonya dish (above) is a paste of fish, turmeric, lemon grass, coconut, lime and chilli wrapped in banana leaves and grilled on a low fire.
Satay – Skewers of chicken and beef, grilled and served with a spicy peanut sauce. It’s the late-night answer to the kebab.
Nasi goring – Fried rice with veggies, to which prawns or chicken is added.
Teh tarik – A hot drink of tea and condensed milk, poured back and forth before it’s served.

WHEN TO GO: Temperatures vary little during the year – most days reach 30˚C.
GETTING THERE: Malaysia Airlines (malaysiaairlines.com) flies direct to Kuala Lumpur twice daily from Heathrow. Return fares start from £480. Melaka is a two-hour bus ride from KL.
GETTING AROUND: Melaka is easy to see on foot, but if the heat is too much taxis are cheap – agree on the price beforehand. Or hitch a ride on a trishaw.
VISAS: No visas are required.
CURRENCY: Malaysian ringgit 1 GBP = 4.8 MYR.
LANGUAGE: Malay, but English is widely spoken.
GOING OUT: A pint of beer is about £3.
ACCOMMODATION: Dorm beds start from £10. The Hotel Equatorial Melaka (equatorial.com) costs from £145 per room per night.
GET MORE INFO AT:  tourism.gov.my

London club: Don’t You Want Me Baby? at The Roxy on August 17

Hotel made of rubbish opens in Madrid

Tiny cock? You can waggle it however you want it makes no difference – size does matter says scientist