Visit The New Forest for bike riding, canoeing and more

England’s New Forest is a haven for wildlife and is perfect for bike riding, canoeing and walking. There’s even something for people who like cars! Here are TNT‘s top five reasons to visit The New Forest.

1. William the Conqueror used to hang out here

Once a royal playground for deer hunting, the New Forest used to be heavily guarded for the sole use of William the Conqueror and his cronies.

Fast forward 900 years and the National Park is open to all, but the landscape has resisted the onslaught of the 21st century, remaining largely unchanged.

Wild ponies graze freely in the open meadows and beside the road, as they have done for hundreds of years. Ponies and donkeys are a permanent fixture in the vibrant village of Brockenhurst, and are frequently spotted enjoying a drink at the famous Watersplash, a stream that runs across a main road.

WIN A LUXURY WEEKEND IN THE NEW FOREST!

The Forest is best explored by bicycle: there’s a surfeit of car-free cycle tracks that pass alongside seas of dry heaths, wet bogs and ancient woodland, as well as stacks of charming pubs in which to refuel, and countless picturesque picnic spots.

The scenery is straight out of a fairytale: a deserted, wild wood of mighty oaks and pines, shrouded in a haze. 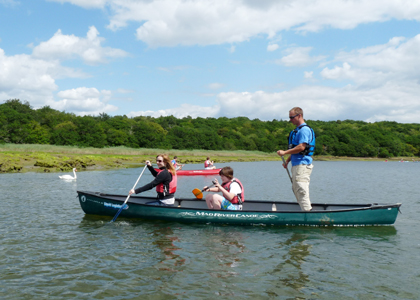 3. You can go canoeing

If you want to give your bum a rest from the saddle, opt for a canoeing session through the Beaulieu (pronounced ‘Bewley’) River Nature Reserve.

Paddle through tranquil salt marshes, studded with clusters of lush-green samphire plants and skeletal-like gnarly trees, whose roots have been poisoned by the salty water.

4. The millionaire’s mansions are amazing

The royals might have moved out, but the super-rich still rule the roost in Beaulieu, reflected by the string of millionaire’s mansions that line the river estuary’s banks, including one owned by the minted former owner of adventure retailer Snow and Rock.

The attractive village of Beaulieu is actually owned by eccentric Tory peer Lord Montagu and has been in his family since the 1530s. 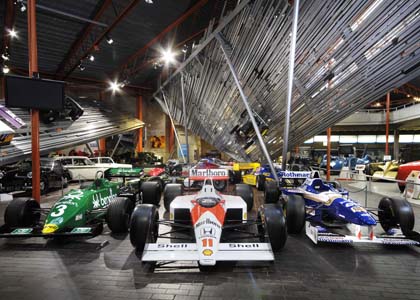 From F1 cars to rare motoring oddities such as a giant orange on wheels, Beaulieu’s National Motor Museum has more than 250 vehicles on display.

Star rides include TV favourites such as Del Boy’s Reliant Regal from Only Fools and Horses. In the dedicated Motor Sport Gallery, you’ll find four of the most famous World Land Speed Record Breakers, including Donald Campbell’s ‘Bluebird’.

The museum’s newest exhibition is the World of Top Gear, which features actual vehicles created by presenters Jeremy Clarkson, Richard Hammond and James May in some of their ambitious challenges on the TV show. Get more info at beaulieu.co.uk. 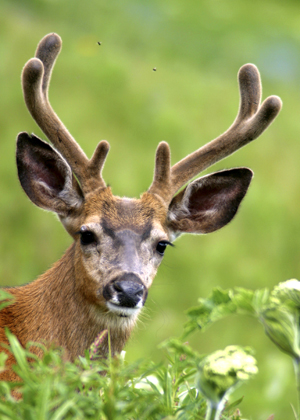 WHEN TO GO: Bikes can be hired all year-round, but canoeing sessions only run from March until October.
GETTING THERE: South West Trains (southwesttrains.co.uk) run direct trains from London to Brockenhurst.
GETTING AROUND: By bicycle, or jump aboard the New Forest Tour bus (thenewforest.co.uk), a hop-on hop-off service that makes a circular route around Lyndhurst, Lymington, Brockenhurst, Exbury and Beaulieu.
GOING OUT: A beer is about £3.
ACCOMMODATION: A night in a tent costs from £10 and a hotel room costs £50.
GET MORE INFO AT: The New Forest Tourism Association (thenewforest.co.uk) for accommodation, local attractions, activities and events in the New Forest.

» TNT‘s Janine Kelso hired a bike with CycleXperience (01590 624204; cyclex.co.uk), which offers one-day bicycle hire for £14, and can arrange delivery or pick-up from a variety of drop-off points throughout the Forest. Janine had a canoe lesson with Liquid Logistics (01590 612377; newforestactivities.co.uk). A two-hour canoeing session is £28. She travelled to Brockenhurst from London with South West Trains (southwesttrains.co.uk).

Win the chance to Paintball yourself and 15 mates!