Lynagh, 48, was admitted to Royal Brisbane Hospital on Monday complaining of headaches and blurred vision.

He remained in intensive care on Thursday, where his symptoms were being monitored.

Former teammate Andrew Slack says he was first diagnosed with a stroke but doctors aren’t certain.

“There’s not a lot known but he’s stayed very fit since retiring some years ago,” Slack told ABC Radio.

“I think this is a bolt out of the blue, there’s no doubt about that.” 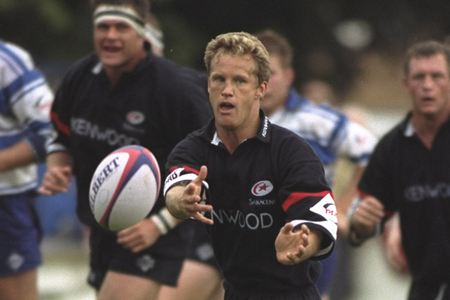 Lynagh is regarded as an Australian rugby union great, racking up 72 caps for the nation in the 1980s and 1990s as well as having a distinguished state career for Queensland.

He now lives in the UK but was visiting his home town when he fell ill.

Slack says doctors are considering whether the illness is related to the long flight.