Gosper backs London Games to be better than Sydney

Gosper, a vice-president of the Sydney Olympics organising committee, said he had been hugely impressed by the smooth build-up to this year’s Games starting on July 27.

The 2000 Sydney Games have been widely regarded as the finest version of the quadrennial sporting extravaganza.

However ex-IOC vice-president Gosper predicted the third Olympics to be held in London to become the benchmark.

Speaking at Kew Gardens at the launch to mark 100 days to go, the Australian said: “Well, (the Sydney Games were) good at that moment in time, but you can’t expect to hold onto that.

“In some ways, it has already been broken. There is no doubt these will be great Games barring anything unforeseen.” 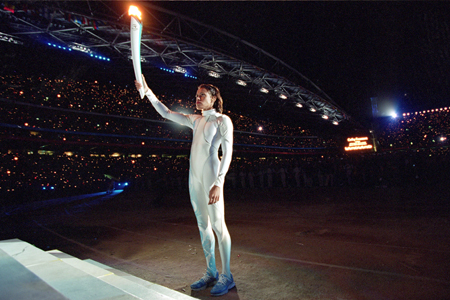 Gosper said London organisers had done a better job of including the entire country than the Sydney team with part of that down to the geographical differences of the two nations.

To coincide with the countdown to the Olympics, a slogan for the Games was launched: “Inspire a generation”.

“We have an obligation to get these Games right for our competitors,” he said.

“I say to my team that every time you see a young competitor, Olympic or Paralympian, taking their place in a venue that they will have devoted half their lives to getting there.

“We can never allow them to be a victim of our shortcomings.” 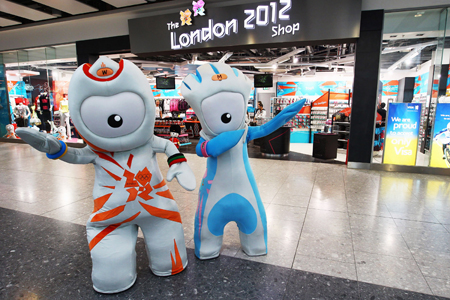 Giant Olympic rings in a flower display which will be visible from flights arriving at Heathrow airport were unveiled at Kew Gardens in south-west London on Wednesday.

Organisers announced the Red Arrows – the famous aerobatic team – will perform fly-pasts over live sites in Belfast, Cardiff, Edinburgh and London to mark the opening ceremony.

There will be 22 live sites in towns and cities with 69 big screens across the UK.

Despite all the quiet optimism surrounding the Games, London 2012 chief executive Paul Deighton said there was still “paranoia” within the organising team.

“When it comes to the risk of complacency I can assure you in life these days only the paranoid succeed,” he said.

“So there is absolutely no danger of us not looking at every risk that would prevent us delivering these Games in the effective and spectacular way we have promised.”