What’s going on this month?

Take part in the festivities held on Australia’s official national day all over the country. Marking the anniversary of the 1788 arrival of the first First Fleet of British Ships at Sydney Cove, New South Wales, this day is about celebrating the diversity and beauty of Australia with community festivals, concerts and ceremonies all over the country. So whether it is the Australia Day Swim in Western Australia, the Raising Flags Ceremony in Brisbane or the massive party at Sydney Harbour with live performances from major artists, there is no way you can miss this big day – no matter in what corner of the country you’re staying!

This great music festival takes place at the iconic Okere Falls Store and will this year be helping celebrate the anniversary of Auckland. Some amazing home grown talent including Bic Runga, Bonjah and Harry Manx will be bringing the ruckus.

The first Grand Slam tournament of the year will take place in Melbourne Park this January. If you’re lucky enough to get tickets for this massive event, enjoy the world class tennis action with the best men and women’s players in the world come down under.

For one of the world’s Top Ten Music Festivals, the little town of Tamworth in country New South Wales welcomes about 50,000 visitors every year. So if you love country music, then you shouldn’t miss this massive two-week event.

Australia’s biggest city comes alive in January with its annual Sydney Festival. 2014s line up promises to be one of the biggest and best yet, with a huge number of local and international musicians, artists, theatre groups, dancers and poets descending on Sydney.

A New Zealand original, this festival continues to get bigger and bigger with each passing year. The world’s biggest and best street performers will turn New Zealand’s second biggest city into one giant party. Crowds of over 300,000 are expected during the ten day event held in beautiful Hagley Park which, for the festival’s duration at least, will be called ‘Busker Park’. Over 500 hours of circus, street and comedy shows. A must see if in the South island.

Arguably Australia’s second biggest short-film festival (after Tropfest), Flickerfest is back for another year in 2014. It’s been running now since 1992 and every year gives young Aussie film-makers a chance to showcase their talents to a wider audience. It will be helddown on Bondi Beach – what a spot! So make sure you don’t miss out.

The first stop on the world-cycling calendar brings the top professional cycling teams down under for one week each January. Next to the race there will be lots of events that create a massive party atmosphere across South Australia. 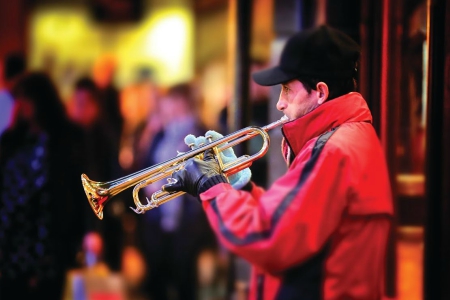