Twice a year, black-clad crowds flock to the seaside village for Whitby Goth Weekend, attracted by the moody graveyard's status as the place where Dracula takes his victim Lucy Westenra during the night in Stoker’s iconic novel.

Posing on the graves is de rigueur during the Goth pilgrimage and a new ruling, laid down by Whitby’s rector, is likely to cause anguish for the already-angsty vampire wannabees. 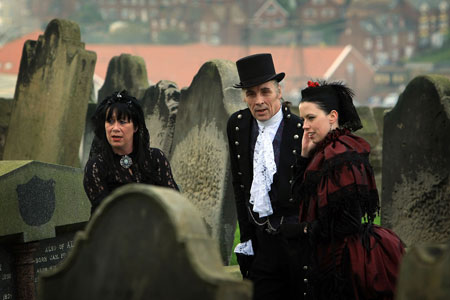 From now on, photography will be banned in the cemetery on the ground that it is disrespectful to the dead who are buried there.

“It was because it had become unbearable. I sat there one day and in half an hour nine photographers walked past me.

“The Goths stand, sit or even lie on the table graves. There are people in Whitby who had families there even though it closed in 1861 and they object to it very much.” 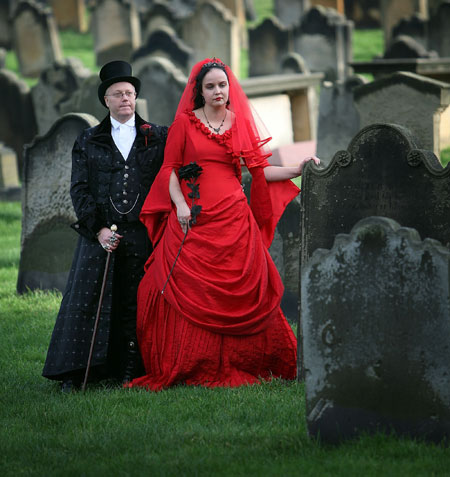 However some Whitby residents have hit back at the ban, pointing out that the Goths bring money into the Yorkshire town.

One said: "It needs to be said Whitby is on the verge of losing its weekend soon. What with the split and this, I think that will be the end.

"What's wrong with the church being used for two days? Everyone is enjoying themselves.” 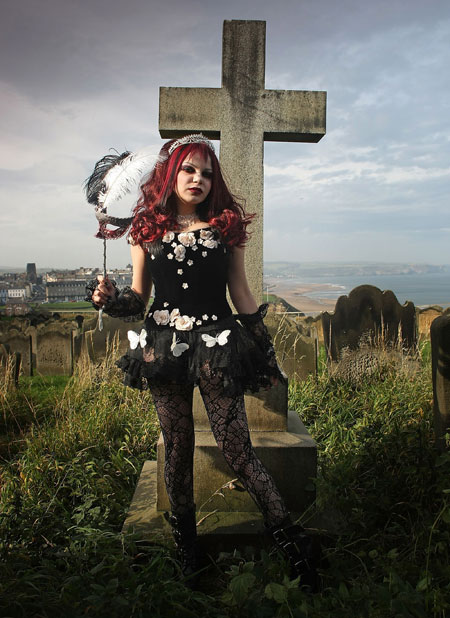 On its website, Whitby Goth Weekend describes the gathering as being for: “Punks, steampunks, emos, bikers and metallers.”

Olympics could end up costing the taxpayer £11 billion