The King of Swaziland has sacked his justice minister after he was found and photographed in bed with one of the king’s 14 wives.

Security agents burst in on Ndusimo Mamba to find the minister hiding, bizarrely, in the base of his lover’s bed.

Pictures confirm what had been rumoured in the Swaziland press – that Mamba has been having an affair with 22-year-old Nothando Dube, the king’s twelfth wife and a former Miss Teen Swaziland, according to the Daily Mail. 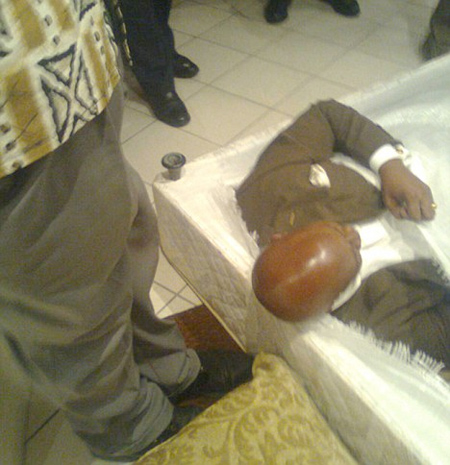 It’s been reported that Mrs Dube would disguise herself as a soldier in order to sneak out of the royal palace and meet her Mamba.

After being caught spectacularly red-handed, Mamba will spend considerable time in prison. The king’s wife is now living with his mother and will be under 24-hour surveillance for the rest of her life.

Meanwhile, King Mswati III will continue to choose a new wife every year, as is the country’s tribal tradition. Between his 14 current wives, the king has at least 23 children.

King Mswati III has been heavily criticised by human rights groups as a luxury-loving dictator. Political parties are banned in Swaziland and it is the king who appoints the government.

A reconstruction of the arrest appeared on the Taiwanese Television.

Steenkamp back for Pumas