What: Al “Scarface” Capone and the “Birdman” Robert Stroud both did time at Alcatraz, once home to some of America’s most infamous criminals. Set on an island a short ferry ride from San Francisco, legendary Alcatraz is now open to visitors who can hear the actual voices of the correctional officers and inmates via an award-winning audio tour.
Get more info: nps.gov/alcatraz 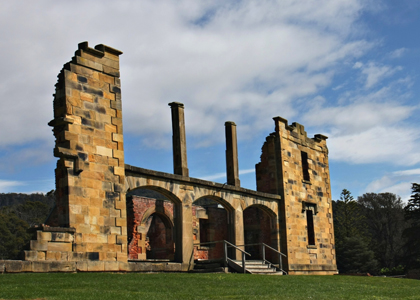 What: Discover more about Australia’s grizzly convict era by visiting the sandstone ruins of Port Arthur penitentiary in Tasmania. Spend a few days visiting the boys’ prison at Point Puer; the Isle of the Dead, a cemetery where 1100 convicts, paupers and free men were buried; and get spooked during the Historic Ghost tour.
Get more info: portarthur.org.au 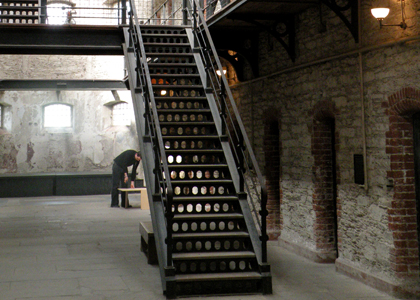 What: Used from 1823 to 1923, Ireland’s Cork Gaol’s cell blocks recreate truly hellish living conditions. Things were so bad during the 1846-49 potato famine that people committed crimes so they’d get food in jail.
Get more info: corkcitygaol.com 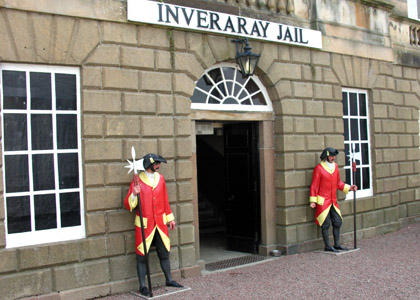 What: Sited in Argyll, Inveraray Jail housed prisoners and the insane in eight cold and damp cells in the 1820s. Now visitors can experience life as an inmate by being locked in a cell, then trying out the prison beds. 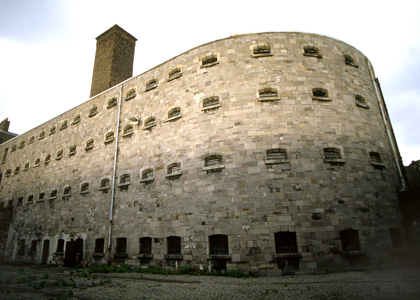 What: Bear witness to Ireland’s turbulent past at this jail in Dublin, which was operational from 1796 until 1924. One of the largest unoccupied gaols in Europe, attractions include an exhibition of its penal history.
Get more info: heritageireland.ie