The dangerous mix of pent-up resentment and sexual attraction, not to mention free alcohol, means they can get messy.

So messy, in fact, your head could end up on the chopping block.

We’re here to offer advice on how not to behave, so you don’t end up blottoed and photocopying your genitals in front of your colleagues, or worse …

While a little exposing oneself may sound like a normal night out to some, City banker Peter Jones* learned the hard way that his flaccid cock was something his work colleagues should never have seen.

“I’d just passed my probation – I’d been at the company three months and three days,” he explains proudly.

“This, let me assure you, does not mean you can get away with anything.”

After previous hedonistic nights out with the other male bankers, Jones had already developed a reputation among his colleagues.

“My boss put me up to it, as I’d exposed myself once on a night out,” he continues.

“So when he asked me to do it at the work Christmas party, at the drop of a hat, I flopped my old boy out,” he admits.

“Before I could put him back in, I heard, ‘You’re fired’ from the HR director, who happened to be standing right next to me.”

He explains that, after a stressful Christmas, he had to beg for his job back – and he was reinstated on the grounds he was taking a direct order from his boss. 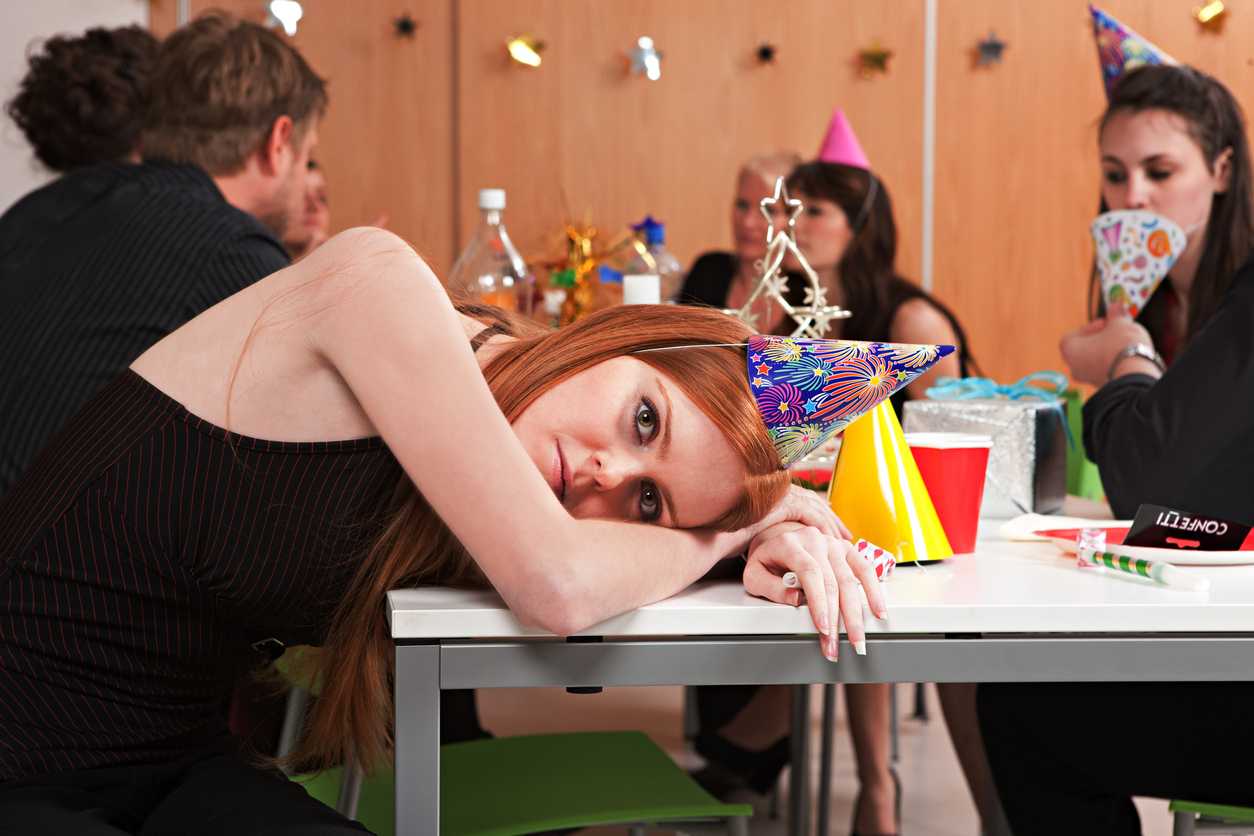 He’s since managed to maintain his career at the same company and reckons it even “enhanced my reputation”.

Nevertheless, HR manager Gemma Cannon, from London, wouldn’t recommend this behaviour at your Crimbo do this year.

“You can relax a bit, but don’t overstep the mark,” Cannon says.

She explains even the wrong conversations can be detrimental to your career, depending on which industry you’re in.

She explains that just as treacherous, if not more so, can be ‘after’ Xmas parties, when you’re still with colleagues but not on work time.

“They can end in strip clubs or with colleagues doing drugs in the loos together, or a particular problem – employees getting frisky.”

Cannon says that in her job she’s dealt with accusations of rape after Christmas parties: “One girl was so drunk she couldn’t remember what happened.”

Things can really blow up in a worker’s face when they return to work.

This is the situation Sally Russell*, an accountant, found herself in after her Xmas shindig last year.

“I was known as pretty quiet at work, but I was really getting to know some of my colleagues at our work Christmas event,” she says.

*We have used fictitious names in this article to protect identities 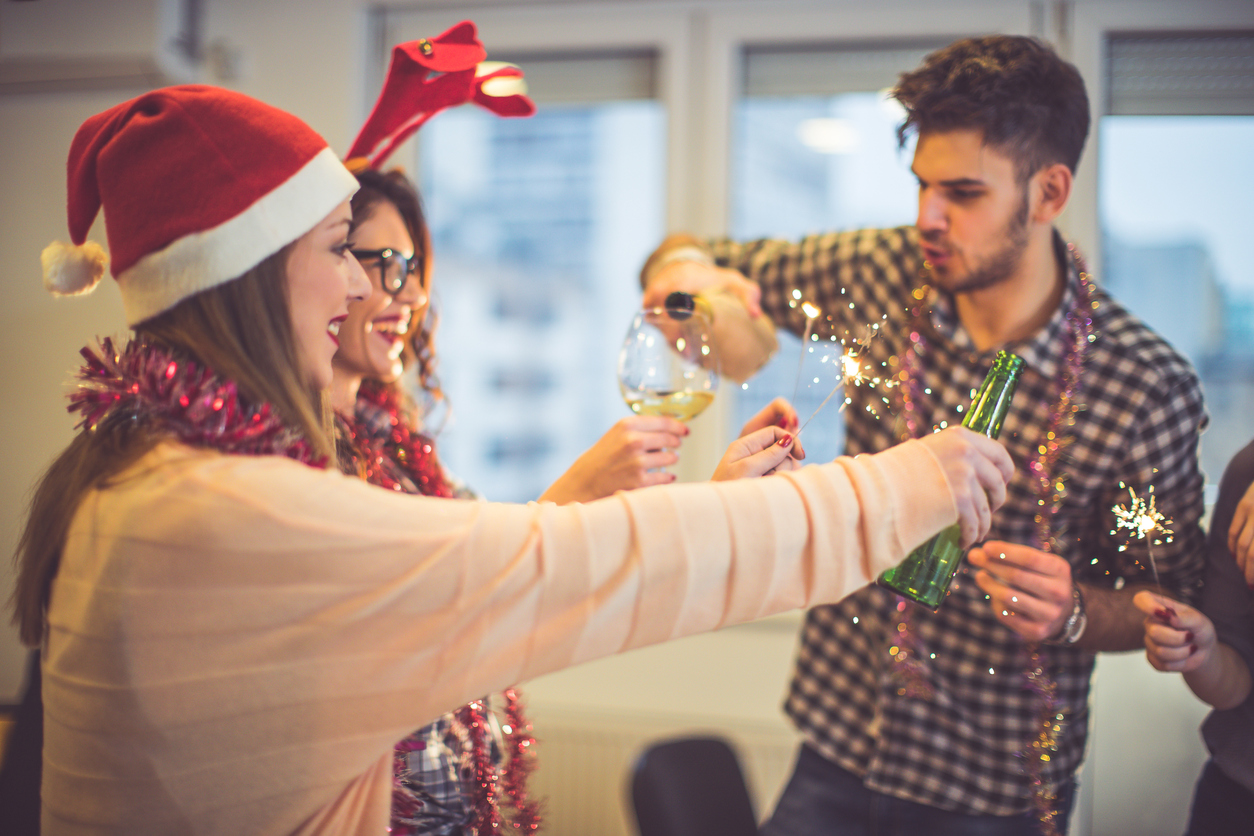 “We were annihilated and I was caught by my manager giving a double blow job to my colleagues at the bar.

“One of the guy’s secretaries came over and pulled him away, across the dancefloor, with his trousers around his ankles. The whole place copped an eye-full.”

Russell barely managed to keep her job, and says she had to pretend there had been a death in the family to explain her outrageous behaviour.

“As you would expect, I don’t work there anymore,” she says. “People in the office never looked at me the same way again.”

However, HR manager Cannon says we shouldn’t let worst-case scenarios stop us having a good time at seasonal events.

“The work Christmas party is a chance to let your hair down a bit, so don’t worry too much,” she says.

“Throwing up and going home early are minor – things like that can be forgotten over time.

”It’s embarrassing, but she says being jovial can work.

“Sometimes laughing it off or cringing and promising that it will never happen again will be fine – soon someone else will do something worse and will have their turn at being the talk of the office.”

• When talking to your boss with others, don’t outshine people who need the spotlight more than you, it will make them bitter and hate you.

• Eat before you go to your work party. Most people will have come straight from the office, so if you sneak in a snack you’ll be able to match them drink-wise and not get wasted. Eating is not cheating

.• Leave when you feel too drunk. Even if you’re having the time of your life, if you can’t see straight the chances are you’re making a prick out of yourself. It’s time to leave. You can thank us later.

*We have used fictitious names in this article to protect identities

Cool things to do in Camden

Katy B, On A Mission – album review