Xmas and Boxing Day events in London: From the Peter Pan Cup to the Charles Dickens Museum

Sitting around an open fire, stuffing your face with turkey, then passing out in front of a rerun of Only Fools And Horses.

If this sounds like your idea of hell, fear not, Christmas and Boxing days in London don’t have to mean staying in watching the goggle-box.

As most of the capital shuts down, it’s the perfect time for exploring the unusually quiet city streets – or for doing something different altogether.

Not for the faint-hearted, the Peter Pan Cup is the Serpentine Swimming Club’s annual event.

Taking place on Christmas morning for more than 100 years, it sees daredevil swimmers plunging into temperatures as low as 4˚C for this 100m race. 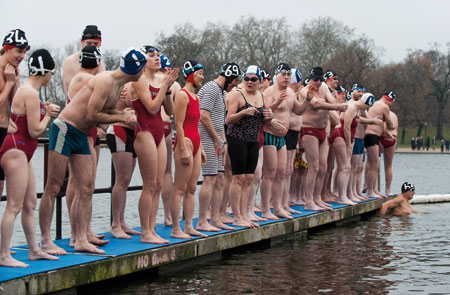 Jumping into too-cold water at 9am will undoubtedly give you a wake-up call to remember (and blow away the cobwebs from the night before ) – but it is dangerous, so if you’re not already a member of the club, you can’t join in on the day.

However, it’s worth going along to see these hardy swimmers put themselves through their paces, and there’s always a crowd of spectators strolling around Hyde Park.

Jeremy Cavanagh, an Aussie living in London, has taken the plunge six times so far. Speaking about the moment his skin hits the water, he says: “It always hurts, even though we swim every week leading up to the race.

“It’s a handicapped race, so everyone gets in at different times – but there are crowds of people cheering every time someone jumps in, which is a great help.”

So why get involved in the first place? “It’s a physical challenge. Having grown up in Australia on the beach, living in London, I always missed swimming and I didn’t like indoor pools. After the race, I go home and have my turkey dinner.”

If that sounds like too much hard work, at the opposite end of the festive spectrum is the Charles Dickens Museum – the only London museum open to visitors on Crimbo Day. 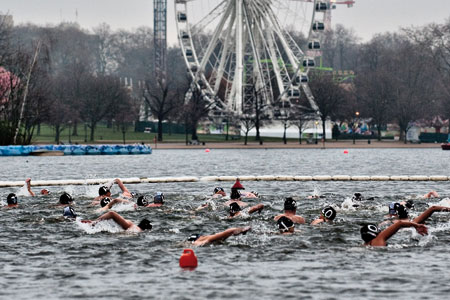 Visit here to witness a traditional Dickensian Christmas, as well as displays of Dickens’ belongings, paintings and writing.

Recently reopened after a major refurbishment, 48 Doughty Street will come alive during the festive season, with the sights, sounds and smells of a bygone era – from traditional Victorian decorations to the smells of pine, citrus and spice.

As well as being treated to a screening of classic movie A Christmas Carol, you’ll get to munch on mince pies and sip mulled wine.

Dr Florian Schweizer, director of the museum, said: “Experience Dickens’ home as he would have known it, with beautifully refurbished period rooms which tell the story of one of the world’s greatest storytellers.

“This has been the most exciting year in the museum’s history. I’m sure Dickens would have been delighted about the transformation of his former home for his 200th birthday.”

All Tube, DLR and Overground services are closed Xmas Day and limited on Boxing Day, so bag yourself a Boris Bike. Merry Xmas!

Dray Walk, London – things to do in the capital