Year of the Safari

With Sterling riding high against local currencies, travellers can expect to double their return on currency exchanges in some destinations.

The costs of food, drinks and travel are among the lowest since 2011 – discounting an unusual surge last year which brought Sterling to a seven-year high.

Now is one of the best times to hit the African continent as the value of Sterling slides in Europe and America post June’s EU referendum, experts claim.

Prices for food, hotels, drinks and travel have nosedived in countries including Mozambique, Zambia, South Africa and Kenya.

Conversion rates for many African currencies are among the best they have been for the past five years.

The exchange rate is around 129 per cent better in Mozambique with a £500 conversion netting around £282 more now than in 2011.

In Mozambique it will cost just 51p to travel the same distance down 66p in five years and in South Africa it will cost 53p compared to 88p.

Experts are calling 2016 the ‘year of the safari’ with prices for an animal-packed trip to the great outdoors taking a beating.

Those looking for last-minute adventure can save more than £100 on bookings for a three-day safari, according to research from travel money experts FairFX. 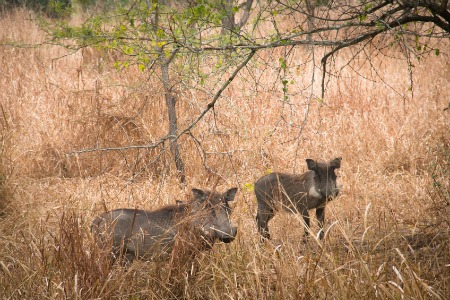 Around 10 of Africa’s most famous national parks can be explored for under £500, according to the study.

Chief executive Ian Strafford-Taylor said: “There’s been a lot of news about the fall of the pound since last summer so the smartest holidaymakers need to look for long-term trends to find the best value.

“Currency swings make a huge difference to the cost of your holiday and as this latest safari index has shown.

“With the pound being significantly better value in eight African countries, it looks like 2016 could be the year of the safari.”

A decline in commodity prices over the past three years hitting local businesses has given a knock to African economies.

Ashes 2013: England retain the Ashes as rain ends play on day five of the Test

The Peacock and the City