London scene: the best in theatre, film, comedy and art this week

Film: Snow White and the Huntsman

The producer of Tim Burton’s Alice In Wonderland, Joe Roth, brings a visual feast in this dark reimagining of the classic fairy tale. Memories of Disney’s sacharine version are banished, though, as rich visuals and violent death scenes unfold. Kristen Stewart is Snow White, re-envisaged as a feisty warrior woman in debut director Rupert Sanders’ action-packed fantasy, in which she faces off against Charlize Theron’s evil Queen Ravenna. Stewart, the subject of criticism for her Twilight thesping, holds her own, although the two only appear together at the end in a David and Goliath style bitchfight. A bit of adult humour is brought by the filthy-mouthed dwarves – which include Ray Winstone and Ian McShane (Warwick Davis is not to be seen) – and Chris Hemsworth as the huntsman despatched to kill Snow, his part far more substantial than the character’s traditional role.

Ridley Scott returns to sci-fi for the first time since Blade Runner, with a prequel – of sorts – to his genre-defining 1979 shocker Alien. Anticipation, and expectation, couldn’t be any more fervent. Noomi Rapace stars as one of a team of science bods investigating the origins of mankind on a far-off planet, which will probably end in some (all?) of them getting munched.

Miley Cyrus stars in this coming-of-age drama about the gap between young girls today and their parents. Demi Moore is the mum struggling to connect with her social-media-savvy offspring, who gets a shock when she reads Cyrus’ journal. The zeitgeist-attempting social media hook is a tad late to connect and will probably be as hip for kids these days as Moore’s befuddled mother. 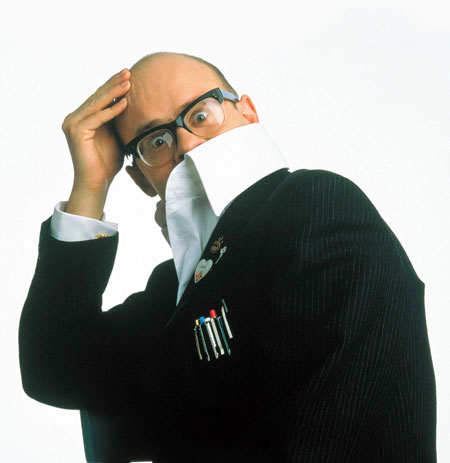 Comedy circuit legend Martin Besserman MC’s this regular night, often filled with some of the biggest names in the business. This evening sees none other than master of the absurd – and fan of unbearably large collared white shirts – Harry Hill, who’s road testing some new material. So get your tickets quick.

The oil companies are the money-hungry evil ones ruining the earth to find as much black gold as possible, some say. Yet so much of our lives are dependent on it, and not just our cars for fuel. Canadian photographer Edward Burtynsky’s collection looks at this, as well as the refinement and transportation of oil.

Theatre: What The Butler Saw

Joe Orton’s final play (he was bludgeoned to death by his lover in 1967), an anti-establishment satire about the various goings on in a psychiatrist consulting room, has all the ingredients of a successful farce. But Sean Foley’s misjudged revival starts out manic and has nowhere much to go from there.

US playwright Neil Simon doesn’t always transfer well across the Atlantic, but with its wisecracking tinged with recrimination, this 40- year-old-comedy – about a vaudeville double act bickering over the end of their career – proves
a decent showcase for Danny DeVito’s West End debut as he and Richard Griffiths carry the show.

New way to dive with sharks