London scene: Top films, theatre, exhibitions and comedy events to see in the capital this week

Filmmaker Park (who was behind cult flick Oldboy – we worry for the US remake) makes his English language debut with this warring family tale.

Grief, guilt, rape, incest, murder – it delves into the most violent actions and darkest human emotions, and does so with a none-darker sense of humour through the spiky, charged script, penned by Prison Break’s Wentworth Miller.

The story is simple – Nicole Kidman’s widow is falling apart, and embarks on a reproachful relationship with Charlie, the long absent brother to her deceased husband, with Wasikowska the precocious daughter caught in the middle – but it is masterfully told.

Park slots the pieces of the puzzle together superbly, displaying his technical superiority (sterling sound design, composition, recurring motifs) as motivations are revealed, actions concealed and back story unpacked. 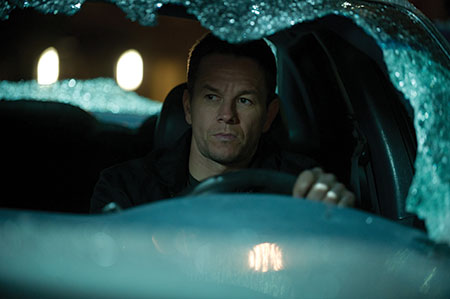 “There are some wars you fight and some you walk away from – this is the fighting kind,” says Russell Crowe’s NY mayor in this big city drama.

Crowe’s the slimy politician, while Mark Wahlberg’s a cop-turned-PI hired to investigate his wife in this conspiracy thriller from director Allen Hughes (half of directing duo The Hughes Brothers of From Hell and The Book Of Eli fame).

Hansel and Gretel (Jeremy Renner and Gemma Arterton) survive a witch attack as children and set about leading a life as bounty hunters, killing all the broom-stick-flyers they can find in this Underworld-styled reinvention of The Brothers Grimm tale. 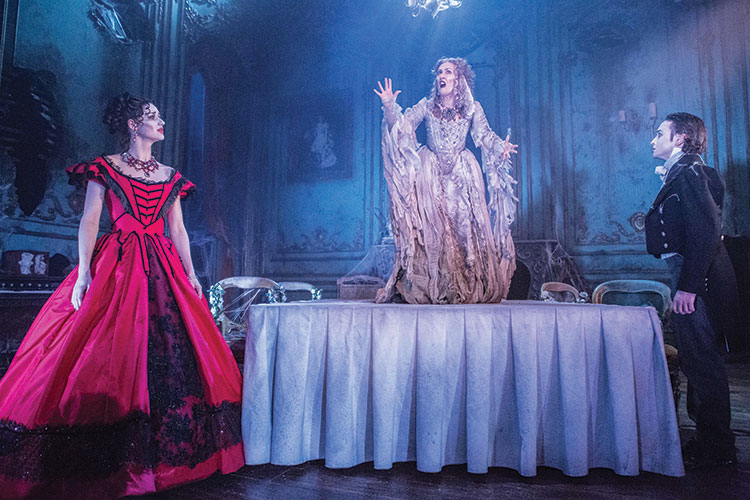 Though cut to just over two hours, this stage version of Charles Dickens’ lengthy 1860s-set novel – about an orphan summoned to Satis House to play with Miss Haversham’s daughter – still takes a long time to generate dramatic momentum.

The gothic, cobweb-draped set is atmospheric but it’s a workmanlike production.

TV’s Strictly fave Flavia Cacace and her partner Vincent Simone return with their slick two-hour, dialogue-free show in which a dark stranger attempts to lure Cacace away in a Buenos Aires bar.

Accompanied by band Tango Siempre and a 10-strong ensemble, these dazzling dance champions show how it should be done. 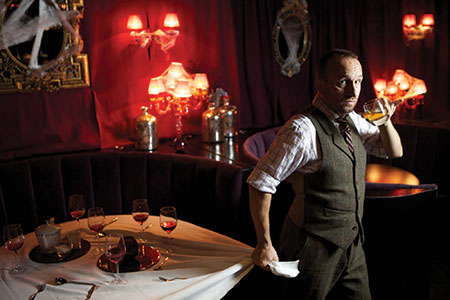 Award-winning vaudeville and cabaret supremo Mat Ricardo, the ‘Derren Brown of juggling’, leads this variety night featuring, among others, magician John Archer and comedians Kev Orkian and Omid Djalili, the likes of whom Ricardo will also be interviewing on stage.

Show runs on the last Thursday of each month.

Exhibition: Extinction – Not the end of the world

We’re always hearing about how many animals are becoming extinct every year – ‘Save the aardvark, there’s only 11 of them left in the whole world!’

This exhibition puts a positive spin on the removal of species from the planet, showing how it’s made way for new – and sometimes improved – critters and creatures.

How Yu got her flippers back: Prostethic limbs attached to a loggerhead turtle in Japan

18-year-old dies after playing too many video games