London scene: Your what’s on guide to entertainment, films, art and comedy in the city this week

Film: Oz The Great And Powerful

It turns out the Wizard of Oz, the bloke behind the curtain who serves more as an agony uncle than any sort of Gandalf type amazingness, started out as a sleazy travelling circus magician. His wayward journey is the focus of this prequel.

We meet Oscar, Oz for short (Franco), the not so great with a holey second-hand suit, as he chats up a wide-eyed farm girl to be his audience plant – but his sidekick Frank (Braff) keeps thwarting his wooing efforts.

When the show goes awry – a girl in a wheelchair asks to be cured – and a strongman finds out Oz has been dipping his wand in his lady friend, he does the bolt in a hot-air balloon.

But not before he reunites with the closest thing selfish Oz has to a love of his life, Annie (who looks a lot like Glinda the good witch, Williams).

If this sounds waffling and far-fetched, that’s ‘cos it is. It takes too long to get to the land of Oz, which we find isn’t so merry as it’s being terrorised by a wicked witch. They’ve been waiting for a wizard. 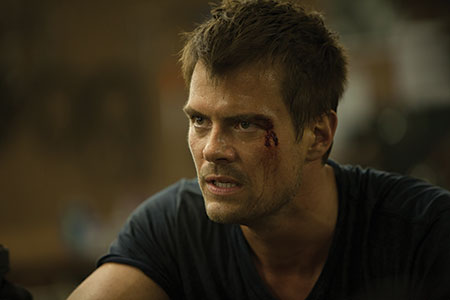 Josh Duhamel stars as a fireman who witnesses a brutal murder and gets dropped in the witness protection programme, only for Vincent D’Onofrio’s mental sociopath to come looking for him.

Rosario Dawson is the suit trying to save him and Bruce Willis is a cop drawn into the case, with supporting turns from 50 Cent and Vinnie Jones among the carnage.

Watch a Stats movie and you know what you’re going to get – smash-bang action, a few lovely ladies and some one-liners that would have Arnie chuckling.

Parker, in which he plays a thief out for revenge on the crims who betrayed him, looks like it won’t disappoint.

One of today’s true action heroes doing what he does best. 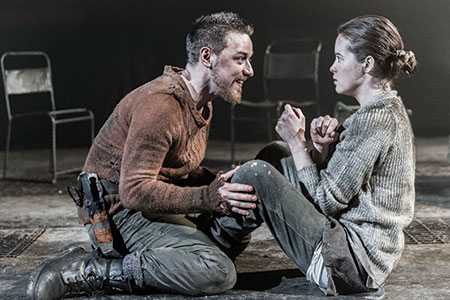 Director Jamie Lloyd’s visceral production, in a dystopian Scotland, is a cruel, feral reading of ‘the Scottish play’ where the witches wear gas masks and blood pools on the floor.

Much of the post-apocalyptic vision works – the flashing lightning, the regicidal thane puking into a toilet – and McAvoy’s electric in the central role.

Theatre: If You Don’t Let Us Dream…

Anders Lustgarten is a political activist and playwright.

His new 75-minute work – part satire, part heavy-handed polemic in which a group propose monetising social behaviour to eradicate a culture of dependency and make a profit – boasts some topical gibes and witty lines, but is too didactic to succeed as drama.

This free exhibition looks at a raft of photos from acclaimed photographer David Bailey that capture the heart and soul of the East End and its core-blimey cockneys in the Sixties.

“The East End is in my DNA,” Bailey says of the area of London he grew up in. Now rapidly changing post-Games, see how it once looked. 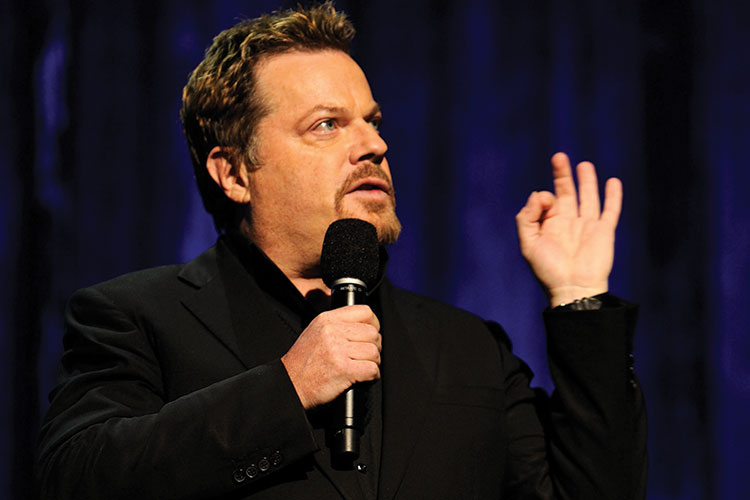 Comedy: Give It Up For Comic Relief

Essential Beers to Taste in Belfast

Amy Winehouse Back To Black dress sells for £43,200 at auction