Interview: Franz Ferdinand are telling it like it is. TNT talks comebacks and Oz festivals with Nick McCarthy

“I remember at the end of our last tour, I felt like, ’Are we even good anymore?’“ confesses Nick McCarthy – something I’d never expect to hear from the almighty Franz Ferdinand.

But it seems with maturity comes honesty as TNT chats to the 38-year-old musician about the return of the Glasgow-based quartet, who released their last album four years ago. Having notched up 10 years since their rise to fame, Franz Ferdinand broke grounds in the indie rock scene, fast becoming one of Scotland’s most recognisable bands. Another truth comes when McCarthy – guitars, vocals, keyboard – laughs as he recalls a concert the band played when they first started their career, finding themselves on stage with the likes of Papa Roach and Velvet Revolver, just because of their guitars.

“We were playing at a concert in New Jersey… and it was like this heavy metal rock band concert and this rock audience and everyone hated us, but it was one of the best gigs we ever played. We thought this is what the Sex Pistols must have felt like, just being like ’Well, fuck you, too!’”

It’s this raw, down-to-earth attitude and light-hearted laughter that McCarthy uses to level out the build-up over this week’s release of their new album, Right Thoughts, Right Words, Right Action. 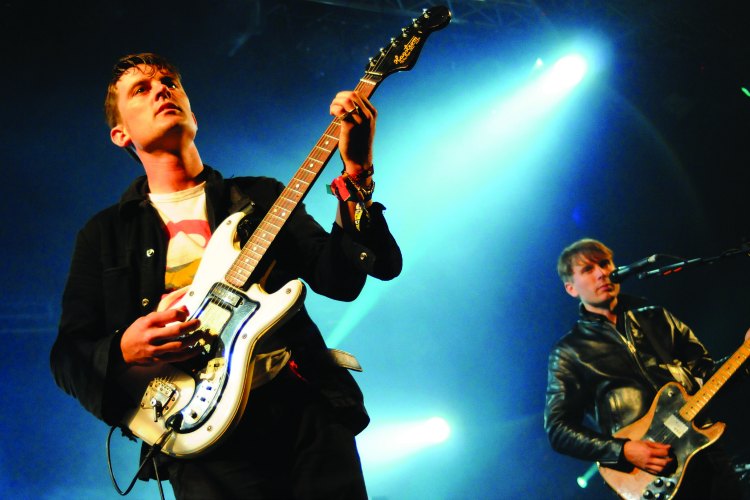 With an arsenal of chart-topping songs, more than three million albums sold and rumours of a split behind them, all eyes are now on whether the band can come out of their cave with new music as successful as their debut record, Franz Ferdinand, back in 2004. “I feel really good about the album, so to me it doesn’t really matter how it does,” says McCarthy, talking about any pressure he might feel with what lies ahead. “If no one likes this record, I think it’s going to be good, so fuck everyone!” 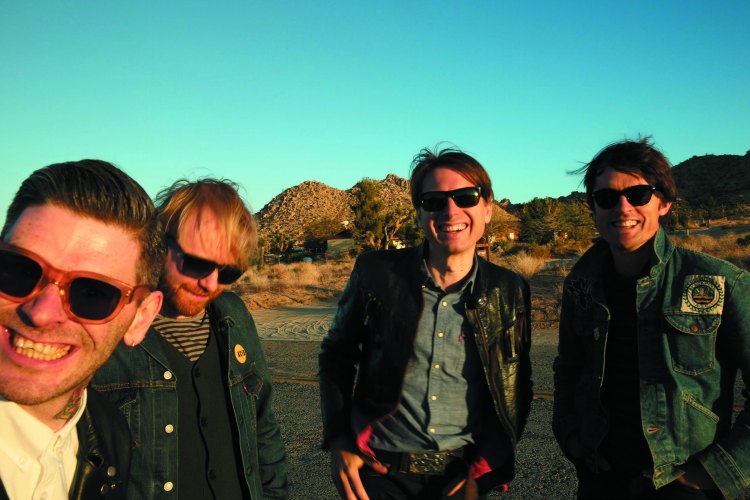 Right Thoughts… brings the fun, enthusiasm, balance and energy back that only a band like Franz Ferdinand can do when it comes to brilliantly flirting with the line between pop and rock music.

“When we play [the album] live, it’s going to be really exciting. If people want to come along for the ride, then we can lift the roof off places if everyone wants to do it. But if someone doesn’t, then fuck them. I don’t really care!”

With 10 tracks on their new album, it was the first song they penned, Sun On The Horizon – a very Franz Ferdinand-esque melody with its perfectly struck balance of being a dancey guitar tune – that made McCarthy feel like they were getting somewhere. He said it was like they’d arrived at a point again where they felt comfortable with making music, setting a benchmark for the rest of the record to follow suit and showcase the talent this group has been holding on to for the past four years.

Universe Expanded is an ideal song for a roadtrip playlist on a dark night when you’re driving into a city in the depths of its latest hours. A quiet tune embracing a sombre thoughtfulness, it’s a track that would be perfectly paired with a car full of sleeping mates with you delving into the tune as you delve into the city.

“But if you need to wake up, you need to listen to Bullets, which is on the opposite end. It’s really fast and furious, and it makes me feel like I am in a California hardcore band when I am playing it.”

Australia will get a taste of the smart, powerful sounds the refreshed Franz Ferdinand bring to the stage when they headline the Harvest Festival this November. 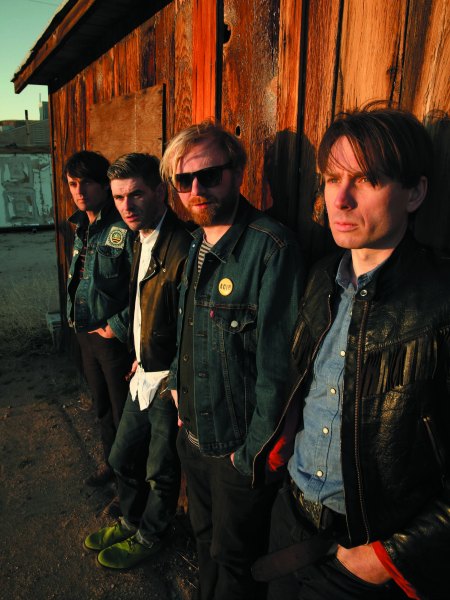 “The last time we were in Australia we did a touring festival, like a dance sort of festival, and everyone was just so strong and beautiful. No one had any clothes on, everyone was dancing their asses off… and people were very good looking,” McCarthy says. “It was nothing like playing in England, where everyone’s got a buttoned up shirt and there’s no one really too good looking, either.”

Having played in Sydney and Melbourne and “God-knows-where in the sticks”, it’s the alternative hipster city of Melbourne that has struck a love chord with McCarthy for its thriving music scene as well as its second-hand and, oddly enough, shoe shops.

“I could move to Melbourne for a few years even… it’s got really amazing shoe shops that we went to. There was one place where this old Italian guy with a quiff made us these beautiful leather shoes, so I came to really like it!” he laughs. Yet, with the beautiful waters surrounding Sydney, the old architecture that lines the Central Business District, and all of the flying foxes, the Harbour City sits a close second for McCarthy.

McCarthy’s career has taken him across the world, with Scotland ranking high on his list as one of his favourite places to play despite his non-Scottish background (which thankfully makes his accent easier on my brain). But it’s South America that makes him nostalgic – a continent he can never get enough of.

“When we went to Brazil for the first time, everyone knew our songs and we just thought like, ’Oh my god’ because they were really, really into it. It was one of the best shows we’ve ever done playing in Rio. I’d definitely go back.”

With strong lyrics anchored by a consistent and true-to-form sound that only Franz Ferdinand can carry out with ease, the band have been missed from the indie scene – and their return is a welcome one. Now, back on track, with a new album and a boost in confidence, let’s hope it’s not another four years before we hear from the lads again. ❚

Interview with the Man who Cycled from Aberdeen to Adelaide