A fortnight and a plane trip ago Jamie Soward was an outcast, a former State of Origin playmaker unwanted by his NRL club and languishing in the NSW Cup for the Illawarra Cutters, effectively watching the clock until next season when he takes up a four-year deal at the Penrith Panthers.

But a stroke of fortunate timing has landed him on the other side of the globe, a welcome insert into the London Broncos line-up has they look to salvage a positive from season 2013.

“It’s worked out quite well,” he told TNT last week before heading out the door to Wimbledon. It’s an understatement.

The sudden departure of Broncos stalwart Craig Gower back to Australia for personal reasons left a gaping hole in the bottom of the table Broncos line-up. Some quick talking between coach Tony Rea and 28-year-old Soward’s camp turned around a quick deal to get him to London until the end of the season. It’s a fortuitous arrangement for both parties. 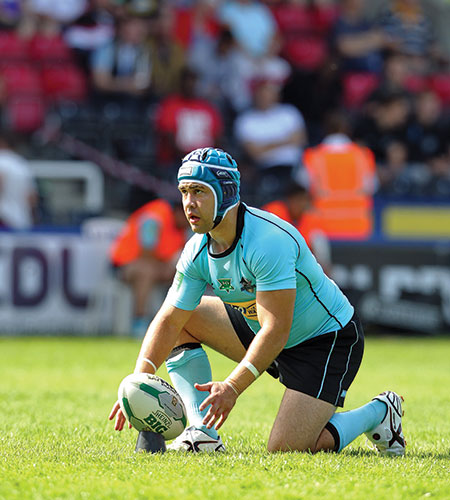 Focussed: Jamie Soward lines up his first kick for the Broncos

The day Soward arrived in the UK, last Saturday, he pulled on the boots and showed no signs of jet-lag, coming off the bench to almost inspire a comeback against Salford (down 34-6 at half-time it ended 44-30). Rea said he regretted not starting him, but it’s a good sign for the remaining Super League games of the season and this weekend’s Challenge Cup quarter-final against Sheffield.

“We didn’t get the result first up but we can build on that,” he said. “The chance to play in the Challenge Cup was very appealing to me when we worked out the details of me coming over here – you dare to dream that you might be in Wembley [where the knockout competition’s final is played] in a couple of months. That’s hugely exciting.

“At the end of the year you want to be playing finals footy, but it’s a bit different over here. You can have an average year but doing well in the Cup could make your season.”

After that first cameo, England legend Martin Offiah was glowing in his London Evening Standard column about what Jamie brings to the club. Such comments were a far cry from the regular criticism in the Australian media which Soward admits “wasn’t good for myself or my family”. 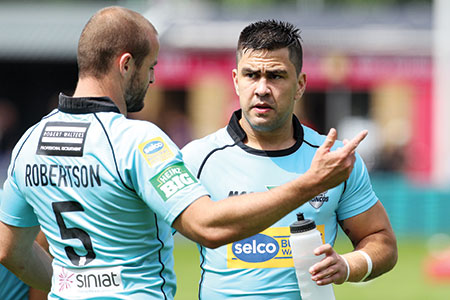 Slotting in: with his Australian teammate Michael Robertson

“I was up front when I spoke to Tony [Rea]. I said, ‘Look, I’m not coming over there to be a failure’,” he explained. “For me and him, they were a bit light in the halves losing Craig and he wanted me to bring my competitiveness and stuff I do well in the NRL. I’d like to think a few of those attributes come through. I get a chance to come and enjoy my footy again. The media pressure over here isn’t as intense, but I’ll be judged on whether we win or lose.”

With the Broncos languishing in wooden spoon position, Soward’s fresh outlook and experience can only help – and despite the short-term deal he’s already talking like a Bronco and singing from Rea’s hymn book that the team is “scratching the surface” of a big result: “We just need to get a few wins and get a few of these young blokes who have debuted in the last few months winning and being part of that winning culture so they can carry it on for years to come.”

A team man through and through, Soward says he has “nothing to prove” after being brushed from the Dragons starting line-up. For the half-back and goalkicker, the primary focus is to play well, and win games. “The main thing I want to get out of it is to experience a different lifestyle personally and play some top level football,” he said.

“I’m with the Panthers for four years from next year, so this is a chance to test myself in the top flight here rather than getting into some bad habits in the reserve grade back home. I’m the hardest task master on myself so I’ve come over here expecting to win games and compete.” 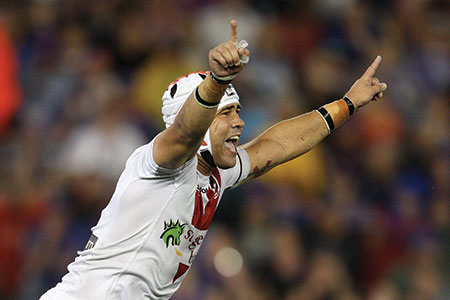 Happy days: after kicking a golden point field goal for the Dragons

The more open style of the Super League could also add a new dimension to his game when he returns to the NRL.“The main difference here is it’s a lot more free running, which for me is exciting,” he said. “The NRL can be so technical and you’ve got to be on your game wrestling with every play, every week. It can slow the game down and can sometimes get a bit boring, but in my first game there were 74 points scored an a lot of tries, half breaks and stuff. It’s refreshing to have that open running game.”

The Broncos have the easiest match of the Cup quarters, avoiding the Super League’s top three – Wigan, Huddersfield and Warrington – and drawing the only team left from the second tier. The Eagles though will also consider themselves lucky landing the Broncos and with home ground advantage be keen to add to their Cup history. “It’s a dangerous one,” Soward warned.

“Sheffield’s in the Championship but we know they’re a good side. For us it’s just about putting in a good performance. Everything should fall into place if you just worry about yourself and your own performance.”

Soward can’t spend all of his time on the footy field though, so he’s looking to make the most of his time in London – his girlfriend arrives this week while his mother, grandmother and aunty will also be travelling with him.

“I’ve been trying to get some Ashes tickets but they’re all sold out,” he laughs. “The critics can ask, why would they get him in for the short term? I’m going to experience the lifestyle over here but don’t make any mistakes, I’m stubborn and I’m here to win football games, bring my knowledge in that might be of use to the younger guys and help the older guys who’ve been digging in every week … a result’s coming.” 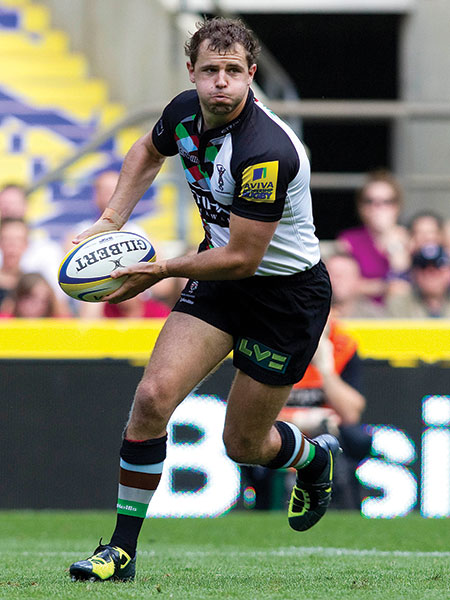 The opening Saturday on September 7 will feature London Irish against Saracens, last year’s minor premiers, before Harlequins take on London Wasps.Defending champions, the Leicester Tigers, will begin their campaign on Sunday, September 8, against the Worcester Warriors.

Newly promoted Newcastle Falcons have the honour of opening the season on Friday, September 6, against Bath at Kingston Park, to be shown live on BT Sport.

TNT readers have the chance to win tickets to the London double-header at the home of English rugby at our 30th birthday party at Koko on July 28, featuring Aussie blues-meister Ash Grunwald and heaps more. tntmagazine.com/30thbirthday

Interview – Rufus Sewell: The London-born actor on his new movie All Things To All Men 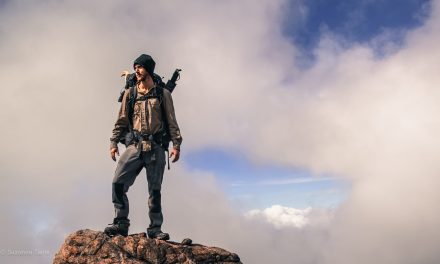