Utah-based alt rockers Neon Trees first rose to prominence when the Killers hand-picked them as touring buddies a few years back. Nowadays, however, they’re big in their own right. Last year’s debut album, Habits, was a hit, as was the massive single “Animal”. Currently in the US after a UK tour, they’re in Australia next week, so we called up singer Tyler Glenn

Excited about your first Aussie tour?
Very much. I kind of fell in love with the land and the people when we came for a promo tour earlier in the year.

Did you get to see much that time?
It was whirlwind. We hung out in Sydney for a night and a day and kind of did our own thing. You can eat burritos there which is great, something the UK doesn’t do, ha! Plus, people understand sarcasm so that’s good. I liked it a lot.

You’ve really taken off in the last year? Do you have to pinch yourself?
I really do. It’s been almost a good six years since we started this whole thing, it was more of a project which turned into a band that we took seriously. I’m just proud that we believed in it so much and that we didn’t listen to the naysayers. What’s cool is that you recognise this is just the tip, just the beginning of the whole adventure.

How personal are your lyrics?
They’re very personal, but at the same time I recognise we want to be a guitar pop band with our roots in pop melodies and songs that you can sing along to and feel what we’re singing about. Some bands are cryptic, but that’s not the kind of band Neon Trees wanted to be.

Is it weird having crowds sing them back to you?
It’s intense to watch. I was that kind of kid, you know, growing up, going to shows, how intense bands were for me and how they became things that were on my heart. I see that now on kids’ faces when they meet us and I love that we’ve become that band for some of those people. What’s trippy is the tattoes, seeing lyrics on peoples’ bodies.

Were you keen on “Animal” being used on Glee?
Yeah, I think with us there’s no qualms about being a pop rock band. We do have integrity and don’t say yes to everything, our music isn’t just whored out everywhere. But at the same time I think it’s a very funny, interesting show. I was a choir kid so I understand a lot of the inside jokes on the show.

I read you wanted to be a superhero?
Yeah, well I think it’s X-Men comics that you basically get your superhero powers when you’re about 13, when you recognise whether or not you’re a mutant. I remember me and my friend Drew waiting until we were 13, wondering which mutant power we’d get. It didn’t happen. So then I think I levitated towards being Batman. It’s extremely dorky. I just like that idea.

What power did you want?
I think both of us wanted to be Wolverine. It’s crazy man. I think honestly a little bit of us thought it might happen.

You’re famously anti-tobacco, but there’s a petition calling for you not to play an Indonesian festival sponsored by a tobacco firm…
When we heard that I initially wanted to back out. But we came to the conclusion that it would be better to play for the fans who have paid their money and express our beliefs and opinions there on stage, on the microphone, rather than running from the event. That would be a weak protest I think. 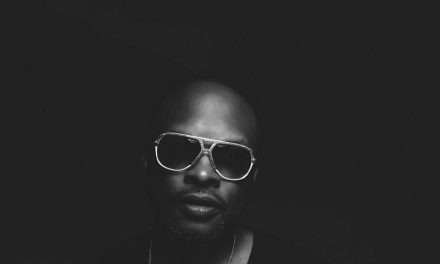 Interview with The Sounds