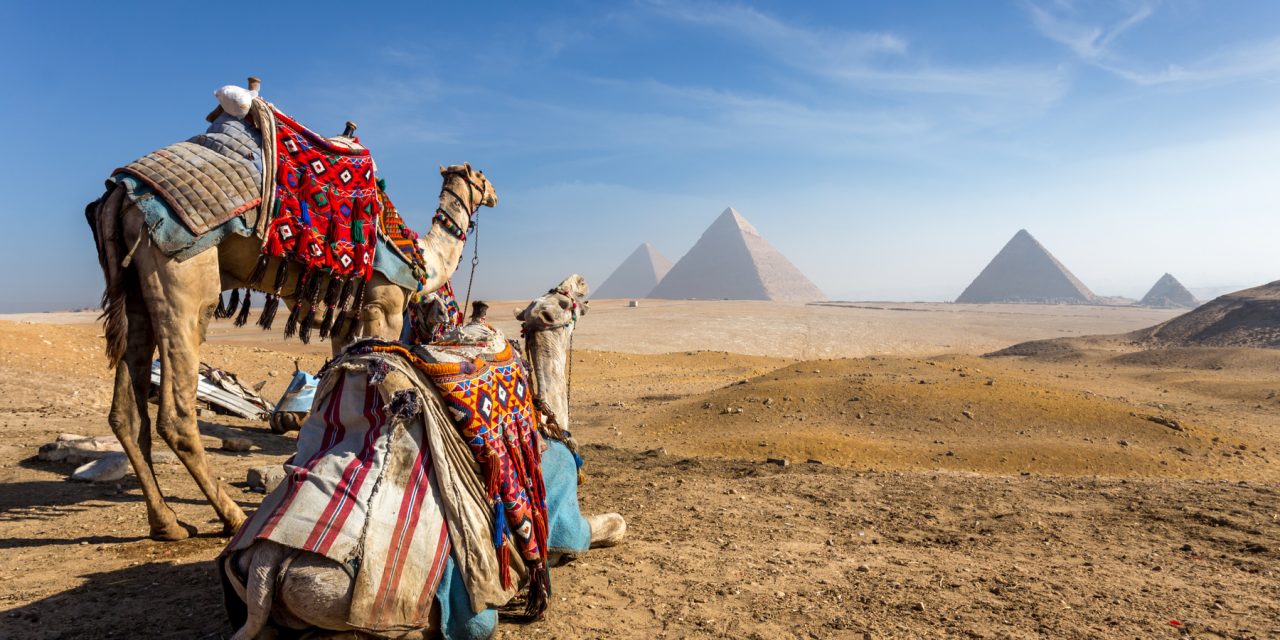 Thanks in large part to Egypt’s unique blend of mythology and historical influence, the North African country welcomed over 13 million travelers across its sandy borders in 2019. Egyptian travel officials even went as far as revamping their visa system to make it easier to receive permission to enter the country. Find out more information here.

Travel to Egypt had risen from 2018 when around 11 million people entered the country. That number was all the way up from eight million in 2017. The meteoric rise was due to Egypt re-establishing itself as a safe and trustworthy place for travelers, largely from European holidaymakers, to visit following a period of uncertainty on the international stage.

With its accessibility and proximity to Europe, the upward trend was expected to continue, breathing life into an economy that relies heavily on the revenue generated by tourists visiting its cultural artifacts and landmarks, such as the Great Pyramid of Giza, to stimulate its economy.

Unfortunately, when the coronavirus hit, Egypt was forced to close its borders to international travel to help stem the spread of the disease. As has been the case worldwide with countries that rely on tourism, Egypt was devastated by the lack of foreign influx of cash.

Now, as the country scrambles to safely re-open for tourists, travelers asking if it is now safe to travel to Egypt will want to know the latest information. Many trusted travel agencies like Inside Egypt will let you know all the rules and regulations as well as organize the whole trip for you perfectly.

Is Travel to Egypt Allowed Now?

As of July 1st, the Egyptian government opened up its international borders for travelers to return. In addition to telling visitors that they were open for business, the government also incentivized and encouraged travel by waiving their visa application fees until April 30th of next year and even offering some discounts for tourist attractions.

However, just because the borders are open does not mean that people who decide to visit Egypt should rush into that decision. It must always be a personal choice.

For one, not every country has resumed its flight plans to Egypt. In fact, some countries, such as Austria, have made the decision to keep suspending all flights to Egypt despite the country allowing for tourism. The United Kingdom, on the other hand, has decided that fliers can make their own personal decisions about whether they wish to travel to Europe while so much uncertainty remains with respect to the virus.

Another aspect to consider is that most Egyptian ports of entry currently require recent proof of a negative coronavirus test if they are to be allowed into the country. The PCR (polymerase chain reaction) test must be in either English or Arabic and it has to have been administered within 72 hours of flying.

If a traveler arrives in Egypt without the proper documentation stating that they have tested negative within the past three days, then they must submit to a PCR at the airport at their own cost.

Note: Not all Egyptian airports have the current capability to carry out these tests so the safest option is always to receive a PCR before flying or to confirm which airports provide this service upon arrival.

So, Is It Safe to Travel to Egypt Right Now?

Each individual will need to determine their own individual risk level that they are comfortable with and weigh it against the guidelines and regulations that they will be subjected to. There are many ways to ensure individual safety by paying attention to your immediate surroundings.

For some people, wearing a mask or socially distancing themselves will be a new way of traveling. For others, the ubiquity of the virus will be inherent and they will just be happy to stretch their legs and see something new.

With that in mind, many governments appear to be recommending that people intending to travel to Egypt reconsider their options. That is not an outright ban, meaning if a vacationer acknowledges the risks, follows the protocols, and obtains a visa, they should have no problem entering Egypt.

The question though as to if it is safe to travel to Egypt right now is complex. There is a curfew in place in many cities between the hours of midnight and four am. Also, masks are required in all public spaces and many stores and public transportation options are running at a limited capacity. So while travel to Egypt is possible, it is not currently recommended for anyone who is expecting a normal holiday experience.