48 hours in Hamburg: Visit the iconic Rathaus, the spectacular Nikolai church and take a cruise on your German getaway

10:00 Head to Café Paris (about £8 for mains) – yes, it might have a French name in a German city and be famous for serving a mean Full English, but this venue is a landmark.

Ask any local and they’ll point you in this direction, as it’s reputed to do the best breakfasts in town.

Expect it to be busy, though.

11:00  Make your way to Hamburg’s pretty port, where you can watch the huge trade ships coming and going.

This site, called HafenCity, is undergoing major development to replace the old port warehouses with hotels, shops and restaurants overlooking the waterfront.

It’s not yet complete but there’s plenty already open. 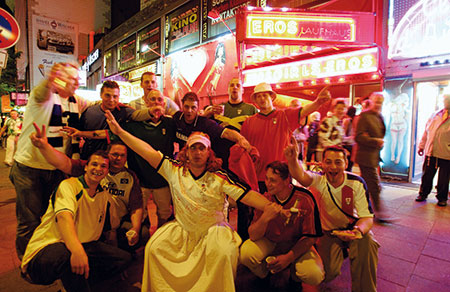 There are two buildings – one old and one new – linked by an intriguing underground passage, so you can happily spend a few hours here exploring.

As well as some classic Renaissance works on display, there are plenty of big contemporary hitters, including pieces of Andy Warhol’s pop art.

It was the world’s tallest building in the 1800s, but now houses a Second World War memorial.

More interesting is taking a ride in the glass-walled lift that goes up to the 75m viewing platform. Only for the brave. 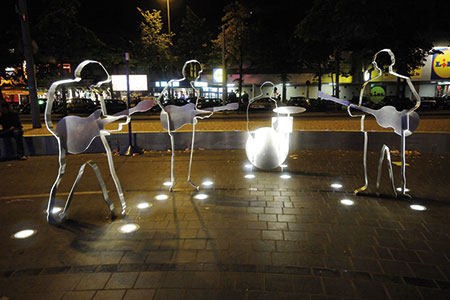 18:00 Hamburg is famous for its seafood, so splash out on some of the city’s finest at Fischereihafen (mains from £7) where you’ll be seated in a maritime-themed dining room that overlooks the River Elbe.

Wander inside the Oyster Bar, an American-themed space housed inside a former wardrobe and public phone booth.

This is where the Beatles played in the early Sixties and the clubs they used to rock out in are still going strong.

Catch a local up-and-coming band at INDRA (Große Freiheit 64, 22767 Hamburg), which proudly proclaims it was the first venue the Liverpudlians played at in Germany.

11:00 Before heading home, check out the Beatles-Platz (crossroads of Große Freiheit and Reeperbahn).

It’s paved to look like a vinyl record and has statues of the Fab Four, plus original members Pete Best and Stuart Sutcliffe. 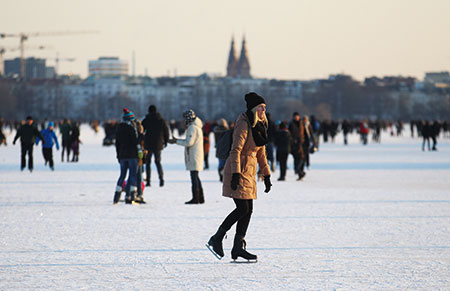 10:00  If you were out partying until the wee hours, you’ve earned yourself a lie-in.

Opt to do it at Instant Sleep Backpacker hostel (from £11 for a dorm bed), which has bright, comfortable rooms.

This is where, in 1945, the Nazi commander-in-chief General Woltz surrendered Hamburg to the Allied Forces.

A guided tour takes 40 minutes and is well worth doing.

12:00 Hamburg has more waterways and bridges than Venice, and the best way to explore them is by boat.

So hop on board one of the Alster cruises (£16pp), which take about two hours. 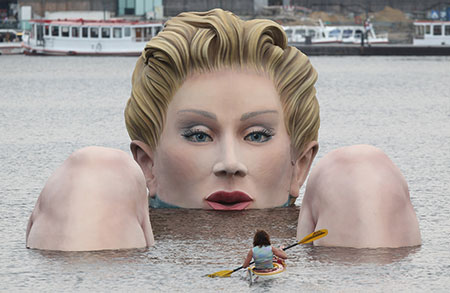 Pick up a few souvenirs or just have a gawp.

Art: You Blow My Mind

Unusual Etiquette Rules Around the World