Ashes 2013: England retain the Ashes as rain ends play on day five of the Test

Rain set in during the lunch break, and the players were only able to return to the pitch for all of three minutes, the majority of which was spent with the physio treating Ian Bell after the England batsman was hit on the glove by Peter Siddle.

Cook was trapped lbw by the excellent Ryan Harris. The England captain reviewed the decision, though Hawkeye confirmed what appeared obvious to the naked eye, that the ball was going on to hit middle and off. 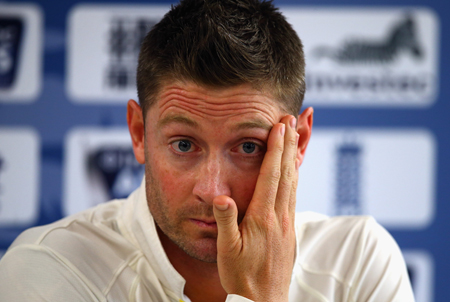 Trott was trotting back the hutch soon after. The out-of-form batsman survived an lbw review before edging down leg off Harris.

Pietersen joined in the parade edging a faint one to Haddin. The England centurion reviewed the decision however third umpire Kumar Dharmasena was unable to find sufficient evidence to overturn the decision.

There was no hotspot visible, but there was certainly a noise on the stump mic as the ball passed the bat. Snicko would later confirm the edge despite Pietersen’s protestations as he left the field.

The teams went for lunch with Australia’s foot firmly on the throat of England.

As Cook sipped his lunchtime tea, rain arrived the save England’s blushes and secure the Ashes for Andy Flower’s men. 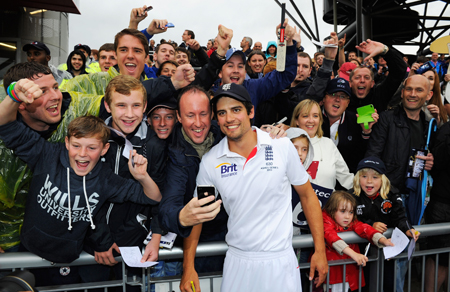 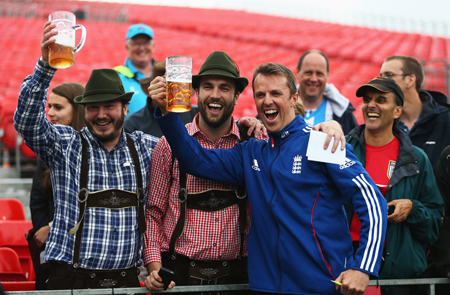 It was a dismal way for the series’ outcome to be decided with Australia looking likely to win the match.

The events of the evening of day four, so controversial at the time, were left utterly meaningless as play was abandoned for the day at 4:30 with much of the outfield unplayable.

England’s players trooped onto the balcony to offer the remaining fans a round of applause and celebrate the retaining of the Ashes, with Australia unable to win the series.

The Aussies will be deflated going into the Chester le Street Test after coming so near to a victory that would have given them hope in the series.

And England’s delight will be tempered by the fact that they know they escaped defeat in this Test via the intervention of god.