Australian sports doping scandal: 150 NRL and AFL players/officials to be interviewed by authorities

Doping violations are among a collection of potential charges noted as the drugs in sport crackdown goes into overdrive and ASADA given the authority to take action against offenders based on intelligence gathered, not necessarily a positive drug test.

ASADA, which kicked off the Australian Crime Commission report which says that there was widespread use of performance-enhancing drugs in Australian sport and that there were close organised crime links.

The subsequent investigation is likely to take months.

“In response to the very serious matters raised by the Australian Crime Commission’s report … the ASADA confirms that the scope and magnitude of its investigation is unprecedented,” ASADA has said in a statement. 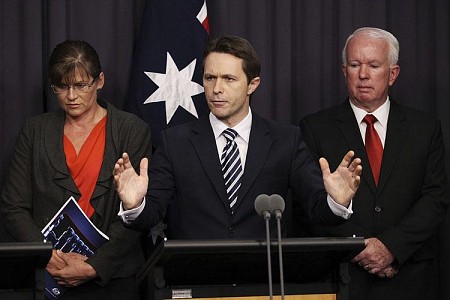 “ASADA anticipates interviewing about 150 players, support staff and administrators from two major sporting codes based on current information. The number of interviews may grow if the investigation uncovers new lines of inquiry.

“The investigation is both complex and wide-ranging and will take many months to complete.”

This week ASADA sought permission from the ACC to inform those clubs who were implicated in the ACC report, with all six of those told given the choice of going public.

All six clubs – Manly, Cronulla, Newcastle, Canberra, North Queensland and Penrith – confirmed they had been mentioned in the report and that they would assist ASADA with their investigations.

Travelling on – Kenya: How to do an African safari on a shoestring