Affleck will don the batcape and mask in the sequel to Man of Steel and star alongside British actor Henry Cavill who will return as Superman.

“We knew we needed an extraordinary actor to take on one of DC Comics’ most enduringly popular super heroes, and Ben Affleck certainly fits that bill and then some,” said director Zack Snyder.

“He has the acting chops to create a layered portrayal of a man who is older and wiser than Clark Kent and bears the scars of a seasoned crime fighter, but retain the charm that the world sees in billionaire Bruce Wayne,” said Snyder. 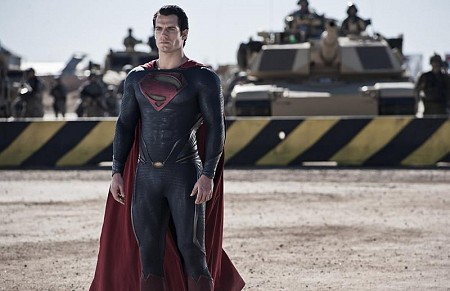 Henry Cavill in Man of Steel

Affleck has previously played the role of blind superhero Daredevil back in 2003, in which he played a blind lawyer who fought for justice outside the courtroom as a masked vigilante. The film was a flop with critics.

The decision to cast Affleck has surprised the film world since Affleck had appeared to be moving in a more serious direction with his career. He directed and starred in the oscar-winning film Argo this year and also received acclaim for his directorial debut The Town.

“We knew we needed an extraordinary actor to take on one of DC Comics’ most enduringly popular Super Heroes, and Ben Affleck certainly fits that bill, and then some. His outstanding career is a testament to his talent and we know he and Zack will bring new dimension to the duality of this character,” said Warner Bros. Pictures boss Greg Silverman.

The recent Man of Steel movie has earned more than $650 million worldwide since its release. It’s sequel is set for release in summer 2015.