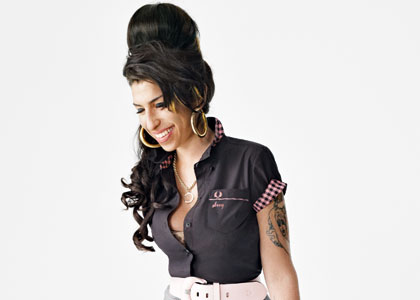 Now in its sixth year, Bilbao BBK has become a firm fixture on the European festival scene. The three-day event takes place atop a hill in the rolling Spanish countryside on the outskirts  of Bilbao, offering knockout views of  the town and surrounding mountains. Attracting 40,000 festival goers from all over the world, and with two main stages, the event has an eclectic atmosphere. And thanks to the warm and dry weather, you can leave your wellies at Glastonbury.

The live music doesn’t kick off until late afternoon each day because of the searing heat, so there’s plenty of opportunity to explore the Basque city  of Bilbao, especially as the festival provides free shuttle buses that run from the town to  the festival site throughout  the day.

The dazzling ark-like Guggenheim is the city’s star attraction, a shiny titanium and limestone creation, which helped morph the town into arty hip city. In fact, the city’s tourism boom in recent years is down to the so-called Guggenheim effect. The atmospheric old town, or Casco Viejo, is the place to head for drinks pre or post festival. Take a tour of the pintxos bars lining Las Siete Calles (seven streets) to enjoy the delicious Basque version of tapas. Spent all your cash? Then hang out with the groups of young locals who drink shop-bought beers on the streets.

Taking place on July 7-9, BBK falls in the middle of the Running Of The Bulls in nearby Pamplona (July 6-14),  so you can combine two top party festivals in one trip.

Bilbao is close to some of the best surf beaches in Europe, so it’s worth hiring a car to check them out. Spain’s rugged Atlantic coast is gloriously free from the crowds of Brits that you’ll find in the sun-baked south. Mundaka is northern Spain’s most legendary surf spot, while Sopelana offers an attractive beach and a tranquil nudist area if you like getting your kit off.

One of Spain’s most famed waves can be found in Rodiles, a rivermouth site, set in a tranquil pine forest at the edge of a sweeping bay. It’s a favourite so can get busy when it’s firing.  A few hours from Bilbao is glamorous and super-stylish San Sebastian – the coastal drive from Bilbao is one of the best in Spain

The swish La Deliciosa (ladeliciosa.net), in Bilbao’s Old Town, serves up top-notch dishes such as steak and sea bass for reasonable prices. The design is super-cool, all exposed brickwork and naked lightbulbs. Wash down your meal with a locally produced velvety red, such as Ribera del Queiles.

Begin your night with a beer and  a plate or two of pintxos at neighbourhood favourite, Bar Juantxu, in Calle Licenciado Poza. Famed for its scrumptious pintxos, the classy Victor Montes Bar (victormontesbilbao.com) can be found in La Plaza Nueva in the Casco Viejo.

The maritime-themed Galeon-Café-Bar (galeonbilbao.com), in Alameda Mazarredo, is decked out to resemble the interior of a ship, complete with  a mermaid. Arrive after midnight to dance the night away with likeminded party animals.

Most festival goers will stay in tents on-site at BBK, but if camping’s not for you, Hotel Bilbao Jardines (book with hostelbookers.com) offers budget accommodation from €25pppn (£22)  in the city’s historical centre.
Another cheap option is Hostal Ria de Bilbao (book with hostelworld.com), set on the river near the Guggenheim.
If you fancy going a bit more upmarket, follow in the footsteps  of Gwyneth Paltrow, Lenny Kravitz, Jane Fonda and the Dalai Lama and crash at the five-star Lopez de Haro Hotel (epoquehotels.com).
Frank Gehry even drew his first sketches of the Guggenheim museum in one of the hotel rooms. In fact, the Guggenheim itself is only a five-minute stroll from the hotel. Rooms from €80pn (£70).

Aussie men shoot each other in buttocks as dare