Kangaroos hardman Bird has signalled his intent ahead of the Aussies’ final hurdle they must clear to win back the World Cup lost in 2008 to the Kiwis.

Bird isn’t known to be to most amiable bloke on the field, but he has a special desire to end the dual international’s fairytale run.

“You have to make it personal,” Bird said ahead of tomorrow’s game, kicking off at 2.30pm.

“You walk off the field and you shake hands and have a chat and have a beer or coffee and do whatever you do but while you are out there it is no holds barred.” 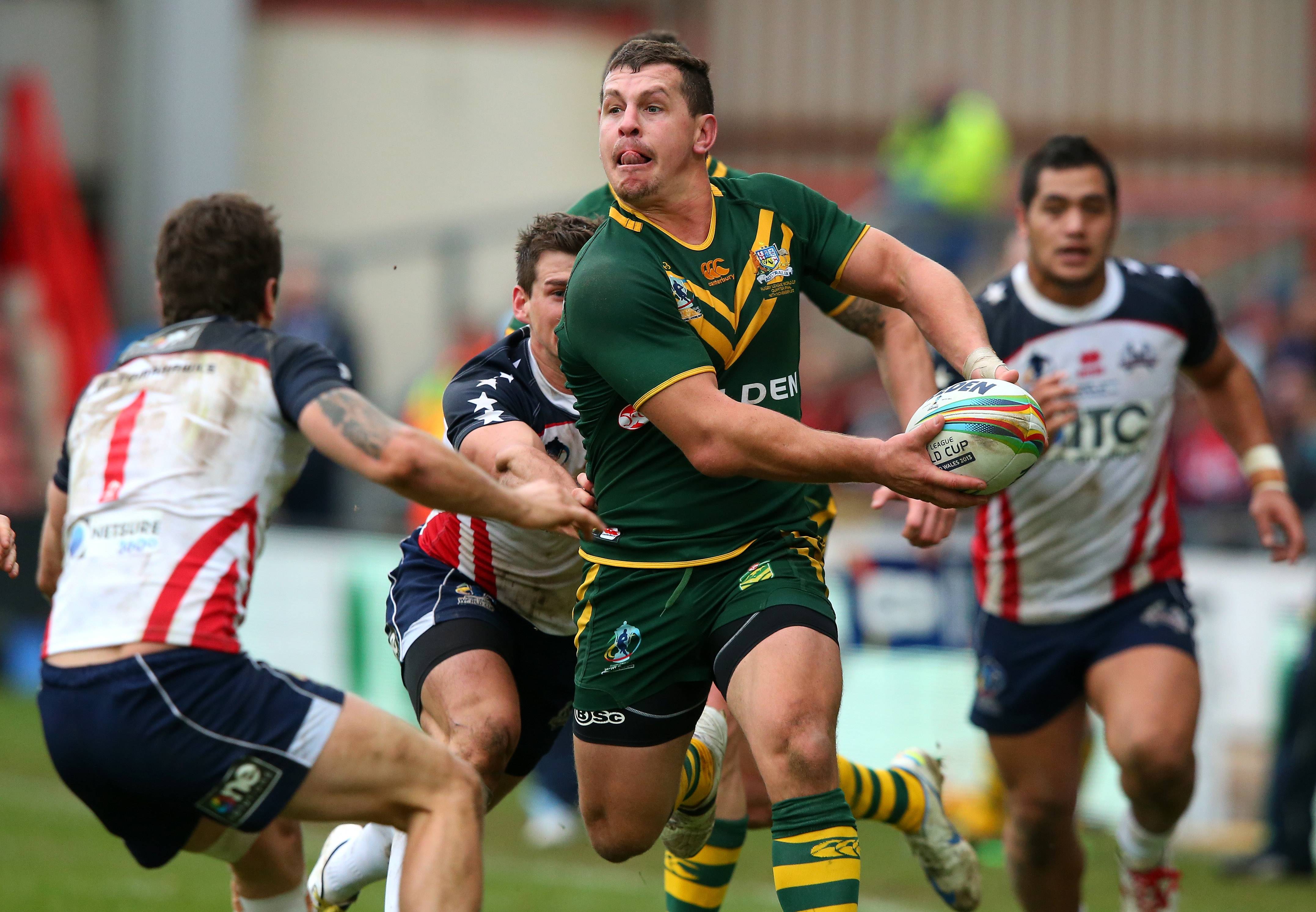 Australia have been short on top opposition so far this Cup campaign, with the only test coming in the opening game against an impressive England which came within seconds of being in the final instead of the Kiwis.

But there’s no doubt two best squads are going head to head.

“I love the challenge, I like coming up against the bigger players,” said Bird, singling out SBW.

“Sonny has played against me a few times now so he is going to know what is in front of him just like I know what is coming at me.

“It is going to be an aggressive, physical battle I’m sure.”

“We’ve had a few battles and I’d like to think there is a mutual respect.

“I respect him for what he has achieved and how good a player he is but at the same time I want to challenge myself against his notoriety in the game and make him earn it.”