During his argument he labelled Australia a “particularly racist country” that he couldn’t take his wife Deepa Naik, and their daughter, to.

An immigration tribunal judge found the activist had made a positive contribution to British society and upheld the 37-year-old’s appeal against Home Secretary Theresa May order to deport him.

May said for Oldfield, who was sentenced to six months in prison, to stay in the UK was ‘‘not conducive to the public good’’.

The official call will be made at a later date but the judge said: “It would be my intention to allow your appeal.”

“There is no doubt in my view to your character and the value you are to UK society generally.” 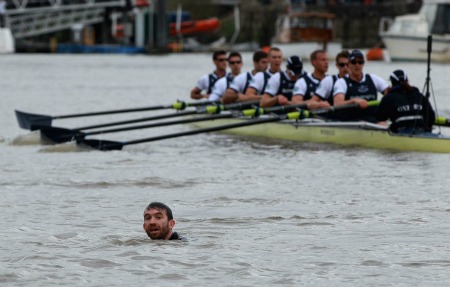 “Australia to Deepa… is a particularly racist country,” he said.

“There are particularly racist attacks on people of Indian descent… I don’t think I could put either Deepa or my child through that.”

Oldfield has lived in the UK for 10 years and his wife has never been to Australia.

The UK had refused Oldfield a spousal visa due to his conviction after the Boat Race protest.