So when you come to your senses and return to the world of decadent, drunken nights out and late-night kebabs, we’ve scoured the city to help you do it with verve.

Whether it’s the biggest pizzas, burgers, steaks and breakfasts to break your junk food fast, places to smoke until you choke, guzzle beer like a king, dance the night away or just have a splurge, we’ve found it.

We know, how terribly irresponsible, but go on, let us twist that rubber arm of yours.

The perfect place to kick off your debauchery for 2013 has to be The Church, Clapham, for its Australia Day celebration on January 27.

It’s a day late, but this London institution has been a hedonistic Sunday party hub for Antipodeans for 33 years, so we’ll let this one slide.

For the uninitiated, The Church is everything associated with a good and wild time – booze, classic pub tunes, off-the-wall entertainment and a room packed with willing cohorts.

Here you’ll sink a few drinks, the lights will dim and the party’s anthem, Glory, Glory Hallelujah, will blast out. 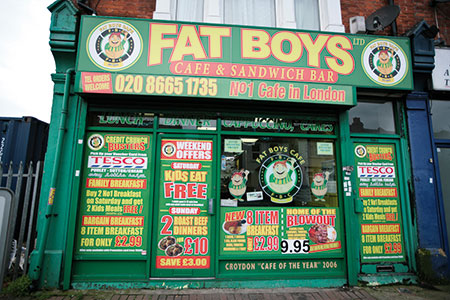 Next, a man who looks like he ate all of the Jumbuck’s pies – the ‘Fatman’ – will appear on stage in a purple leotard  to do his crude cabaret thing.

Then, throughout the day, it’ll go from fairly inappropriate to downright dirty with performances from resident male and female exotic dancers.

“There will be no better place in London, the UK or even the world – including Australia – to celebrate this massive party day,” boldly claims The Church’s manager Julian Molteno.

“Every party is packed with Aussies and Kiwis, loads of beefy rugby lads and plenty of young, ready to party women,” he proclaims.

“Throw in a case or two of ice-cold piss served with a smile, and sometimes a kiss, and you are ready to get it on.”

Outlandish outfits will also be rewarded, with the best-looking bogan  winning a flight to Oz from Foster’s, along with other travel prizes. 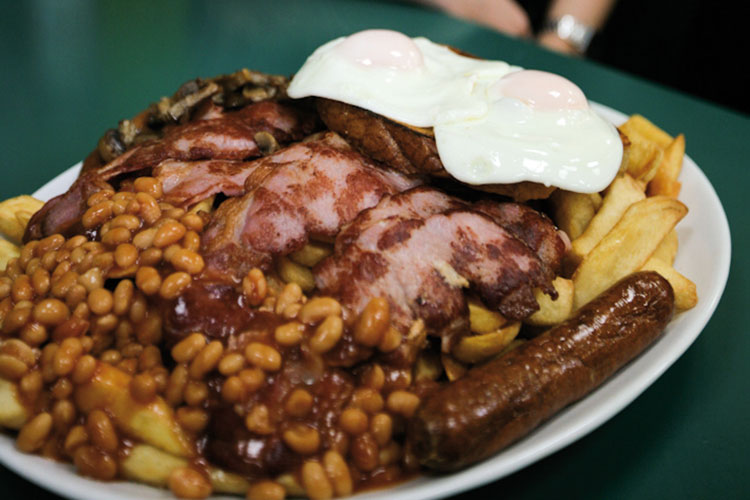 Once you’ve indulged in the mother of all piss-ups, you’ll need to head to the other end of excess to soak it up.

Fat Boys Cafe in Croydon is infamous for its ‘Blowout’ breakfast, which is a plate the size of a chubby baby stacked with bacon, sausages, beans, fried bread, eggs and mushrooms on a chip mountain.

If you can finish it within an hour, you get it for free.

”It can be done,” cafe owner Noha Hassanein explains. She says about one in 50 people manage to meet the challenge, so in true TNT style we gave it a crack.

The round of applause we got from some construction workers in the cafe when it arrived should’ve been a sign, but 30 minutes in we were defeated having hardly put a dent in it.

“We had one customer who ate the whole breakfast, then drank an orange juice, Snapple and large coffee, then ate an apple pie and custard to finish,” says Hassanein. We’ll be back.

Mohammed the most popular baby name in Britain

Sydney to get second airport at Badgerys Creek