The bowler dubbed public enemy number one, or a 27-year-old medium paced bowler as ‘a local Brisbane newspaper’ insisted on calling him, ripped through the Australian top four, and took the wicket of Mitchell Johnson after the bowler helped Australia finish the day on a respectable 8-273.

After winning the toss and choosing the bat on a flat deck, Michael Clarke’s side should have filled their boots but instead slumped to  4-49 off 15 overs and were a slightly less match-ending 6-153 at lunch.

Keeper Brad Haddin’s wicket remains in tact at the close of play on 78 not out, after Mitchell Johnson compiled an invaluable 64 before being bowled by guess who.

It started so promisingly for Australia, when Broad’s first ball of the day was pulled to the square leg boundary by Warner. 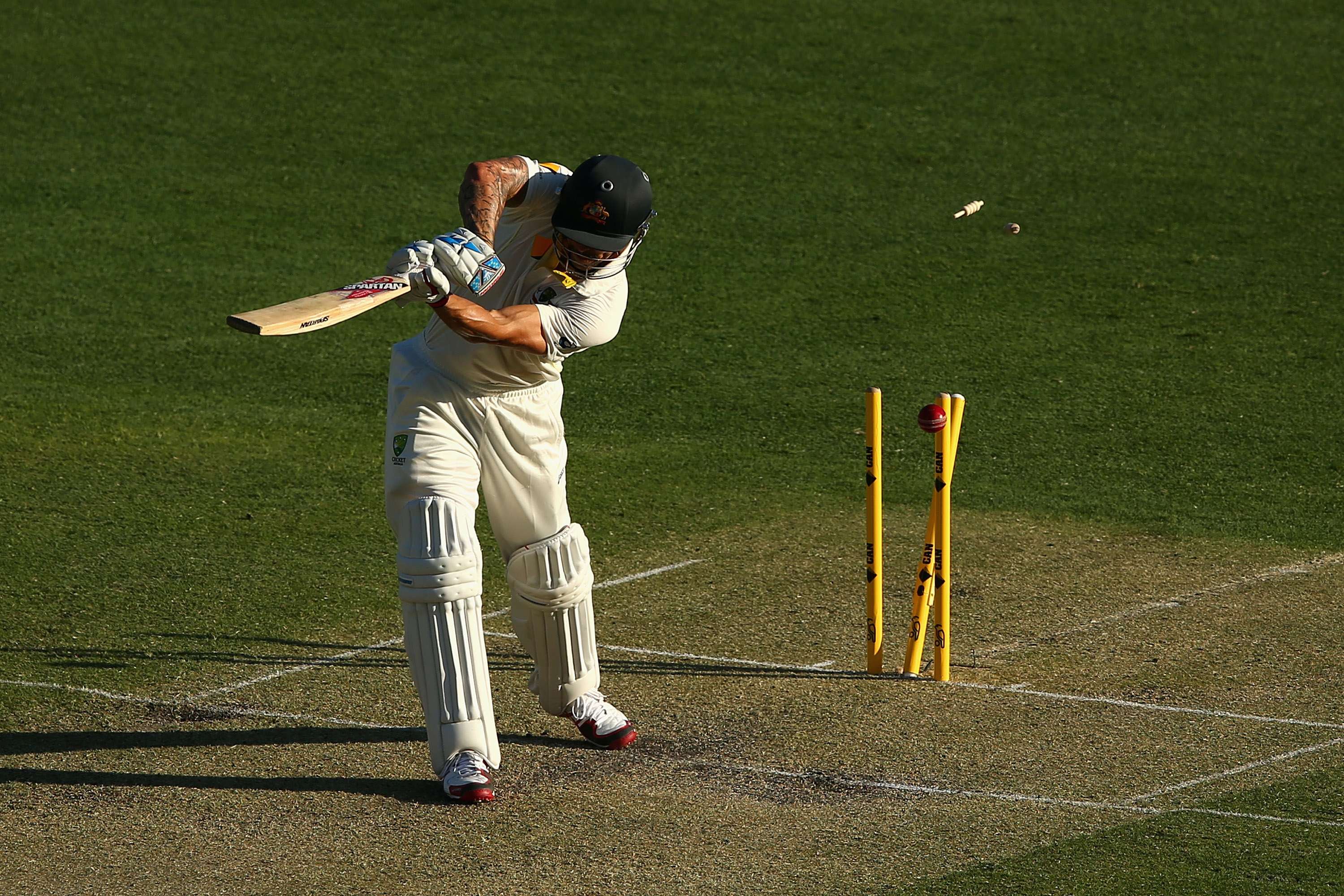 James Anderson wasn’t to go without joy, taking down debutant George Bailey for three with an edge to Alastair Cook at slip.

Haddin and Steve Smith began the rescue mission, but Chris Tremlett removed Smith (31) who nicked another catch to Cook.

Able pugilist Ryan Harris is there with Haddin now as Australia try to inch past 300 and stay in the game, with Nathan Lyon in the sheds, but after getting first use of the first wicket it looks like England have so far won the war of words and the scorecard and it’ll be an uphill battle for Australia’s ‘fortress’ the Gabba to fall for the first time since late 1988.