Cyclone Yasi: Pictures of the damage

Cyclone Yasi has swept through Queensland and today residents were left surveying the damage. Although no deaths have been reported from violent storn, two mean are still missing.

Thousands of Queensland residents have been left homeless by Cyclone Yasi, which wiped out agricultural crops and disrupted mining in as it swept across the continent towards the Northern Territory.

Today Cyclone Yasi’s devastation was being inspected. Thousands of houses have been demolished, trees toppled and power cut to 180,000 homes.

To get some scale of Cyclone Yasi, check out this map, courtesy of joannenova.com.au. Scary stuff. 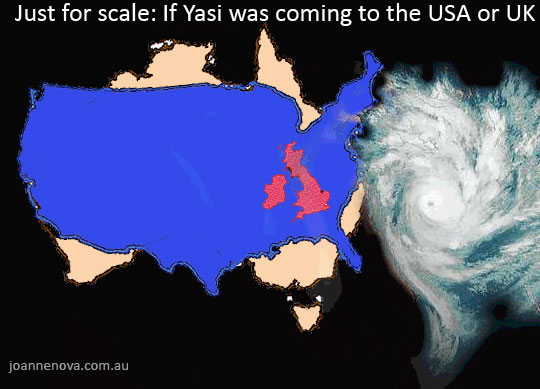 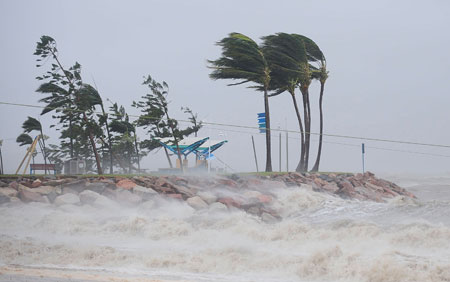 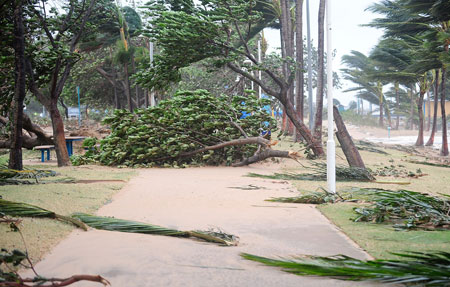 A Fallen tree is seen laying on over power lines in Townsville side after the passing of Cyclone Yasi. 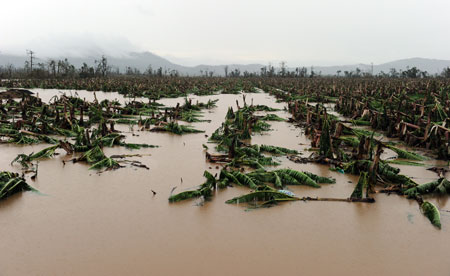 A banana plantaion in Tully flattened by Cyclone Yasi. 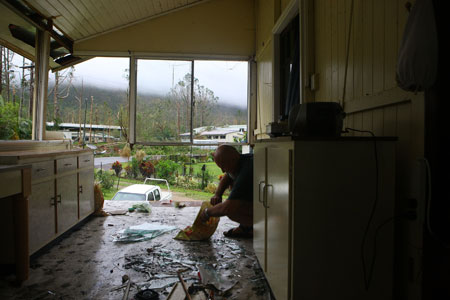 A Queensland resident surveys the damage on his house after Cyclone Yasi. 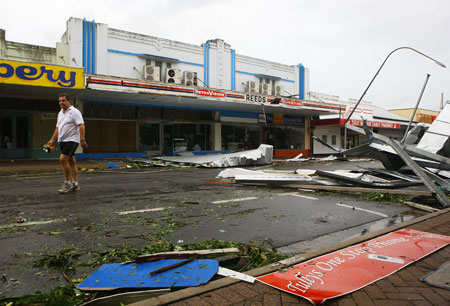 The main street of Tully after its battering by Cyclone Yasi.