Beyond the luxury hotels and nightclubs are a bonanza of untamed beauty spots, mountain villages and dreamy beaches that offer a surfeit of activities for those with adventurous appetites. 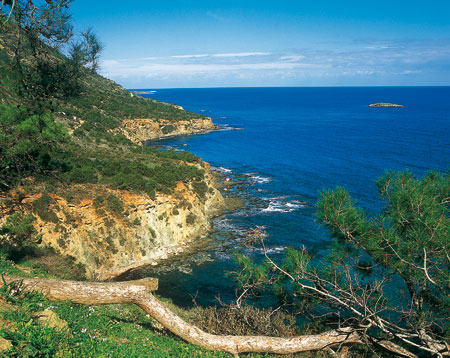 Walking and hiking in Cyprus

Ramblers can venture into Cyprus’s wild west, the 79sqkm Akamas peninsula, an unspoilt and undeveloped wilderness, studded with craggy gorges and carpeted with orchids and bougainvillea, orange and citrus trees.

According to legend, goddess of love Aphrodite brought her squeeze Adonis to Akamas for a bonk because it was such a beautiful spot. Take a rest stop at one of the mountain villages where you may be offered rough local spirit Zivania, nicknamed “fire water”.

Also worth a look-in are the fishing villages of Latchi and Polis on the northern coast where you can feast on fresh seafood, as well as Lara Bay, a breeding ground for the protected Loggerhead Turtle. Spring and autumn are the best time to hike in Cyprus as the temperatures are lower. 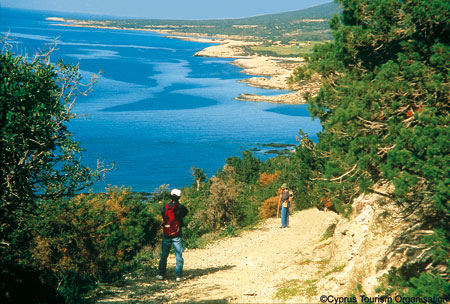 Bike it around Cyprus

Cooler than the searing heat of the coastal towns in summer, the Troodos Mountains in the south western corner of Cyprus offer picturesque cycling country, with terraced slopes coated in a patchwork of vineyards, pine-scented forests, cherry blossoms and peach and apple orchards, studded with cobbled villages chock-full of rustic taverna in which to refuel on meze.

In these quaint villages, you’ll find local people living a traditional way of life, making halloumi cheese, bread and even shoes from scratch. Check out fifth-century village Kakopetria which has a historical quarter filled with restored buildings.

The mountains are freckled with more than 50 boutique wineries, including the Agia Mavri Winery (Lemesos, +357 25 470 225) where you can quaff its award-winning white Muscat. Visit in September for the Lemesos annual wine festival.

With signposts in English, it’s easy to travel around without a guide. Visit one of the region’s 10 UNESCO-listed byzantine churches with their wooden roofs and frescos, and tranquil monasteries, such as the opulent Kykkos Monastery near Pedoulas. Covered in a blanket of snow in winter, the mountains offer skiing and other winter sports. 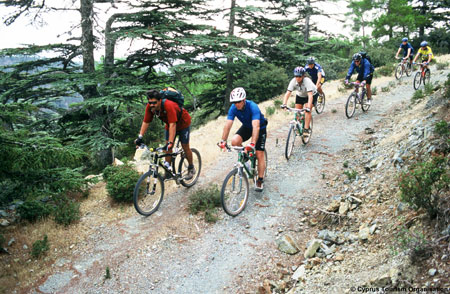 Cyprus is a haven for divers, thanks to its warm, clear waters, and a lack of strong currents makes it a perfect spot for beginners. The Zenobia wreck off the coast of Larnaka is a favourite with divers, who can poke about the Swedish ferry which sunk in 1980. Nearby dive sites include the British Army Air Corps helicopter wreck and a barge, which has created a reef known as Fraggle Rock.

Spot octopus and starfish between Agia Napa and Protaras, and eels and barracudas around Larnaka. 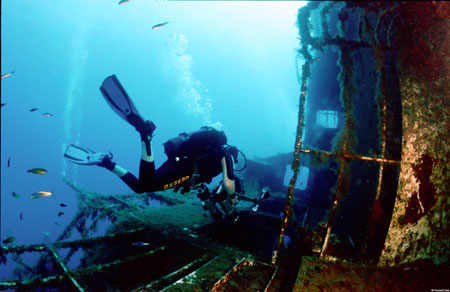 Test your mettle with a spot of horse riding, rock climbing and archery at the Santa Marina Retreat, set on an old copper mine in Limassol’s rolling green countryside. The largest stud farm in Cyprus, this retreat has more than 250 horses, including race horses. There are classes for beginners too.

You’ll eat so well  that you might pile on what’s known amongs locals as the “Cyprus stone”. For gourmet seafood by the sea, dine at Thalassa (thalassacyprus.com) in Governors Beach. For traditional meze with a sea view, chow down at Paliomonastiro, in Peyia, Paphos (aphrodite-zypriotisch.de/palio_home.html). Break the budget on top-notch sushi at Asiachi in Paphos (amathus-hotels.com).

Experience rural life in Cyprus by staying in a number of traditional houses in more than 40 villages, situated near isolated beaches, shady forests, remote monasteries, fresco-painted churches and vineyards. 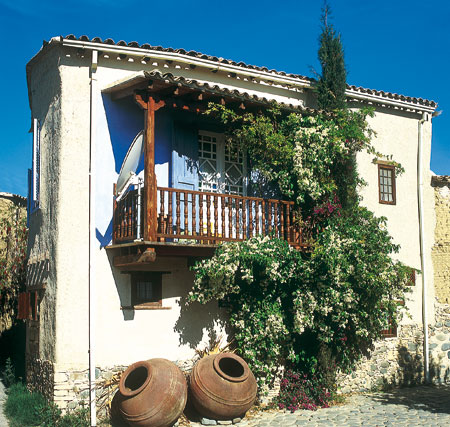 When to go: Anytime between March and October, although you’ll find fewer crowds and less intense heat at the beginning and end of the season.
Getting there: Cyprus Airways (020 8359 1333; cyprusair.com) offer direct flights from London to Paphos and Larnaca airports.
Get more info: visitcyprus.com