The 67ft high naked pregnant woman inexplicably holding a sword aloft has been given to the town on a permanent loan basis by the artist Damian Hirst who has a home there as well as a restaurant. 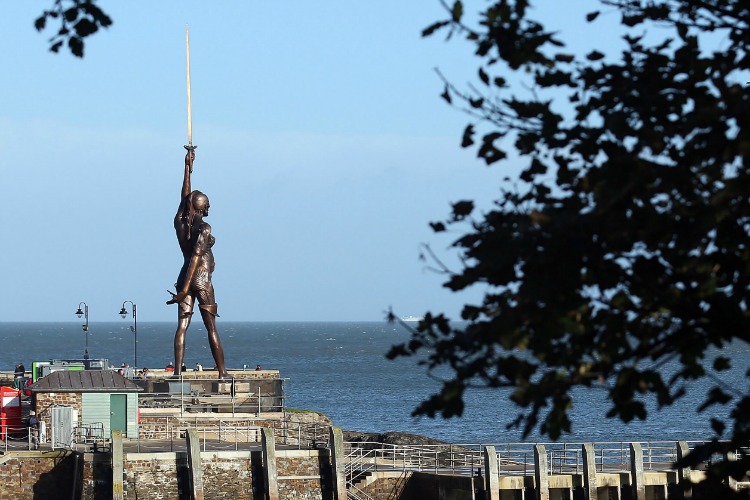 “I feel very sorry for people who may have to look at it every day…I hope it doesn’t become an eyesore with seagull and pigeon droppings.” concerned hotel manager Sue Dale told the BBC.

Guardian arts critic Jonathan Jones said it was “helping Hirst destroy British art” and has described Hirst as being “like a deluded dictator.” 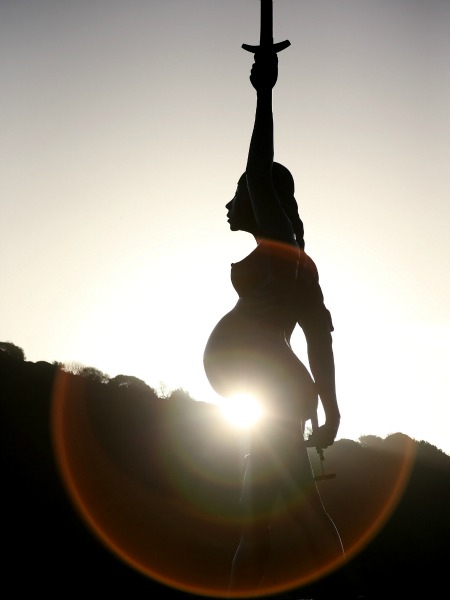 He compared the statue with being “exactly like something you might have seen in Saddam Hussein’s Iraq.”
Hirst himself describes the statue, which is made of bronze, stainless steel and fibre glass, as being a “modern allegory of truth and justice”.

Local councillors hope it will increase tourism to the area. “Art divides people, and the one thing about Verity is that because it is so controversial it will attract people to the town,” said North Devon counciller Mike Edmunds.

“These things tend to grow on people. Over time these sculptures do become symbols of their regions, and replace other symbols or negative images.” said Jonathan Banks of Ixia, a public art think tank organisation. 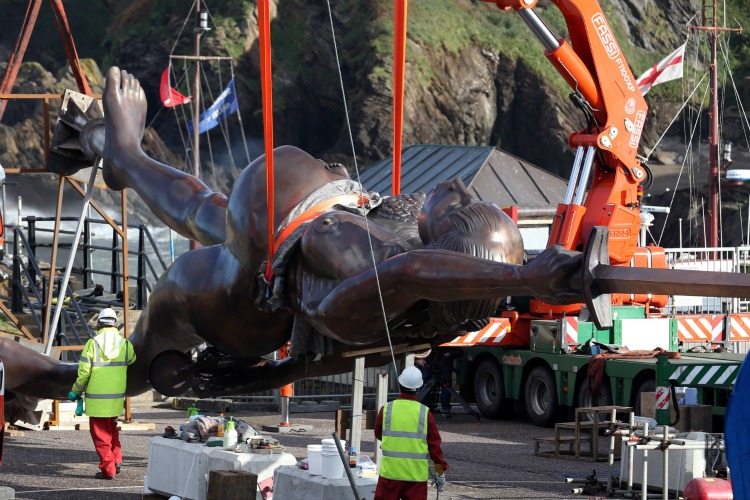 Love you Verity, you great big sword wielding beauty! Do you get PMS? That would be scary….

I was anti #verity but I’ve changed my mind! I am a woman after all #ilfracombe twitter.com/sazzlelala/sta…

I’ve never been inclined to visit Ilfracombe, but I think a trip next yr is on the cards to see the amazing Damien Hirst sculpture. #Verity

Not happy with #Verity in #Ilfracombe. I don’t know anyone who wanted it. It all seems to have happened with indecent haste. #anothereyesore

One fifth of Brits use travel to mend a broken heart

Video: Amateur Aussie daredevil’s slip and slide stunt more spectacular than he was counting on