David Schwimmer has some depressing news for Friends fans still hoping the cast of the hit comedy show will one day reunite for a movie. Ask the man best known for playing goofy paleontologist Ross Geller if there’s any chance of the coffee-house six appearing on the big screen and he replies with a firm “No”.

“The six of us haven’t even been in the same room in seven years,” Schwimmer points out. “After the show ended we immediately went our separate ways. The whole cast has such different careers, families and stuff going on. The person I speak most often to is Matt LeBlanc but it’s hard because I live in New York and got my life going on and he’s in LA  with his own life. To be honest, unless it is brought up in an interview or a fan approaches me, I don’t think about Friends anymore.”

Just how much Schwimmer has moved on since the days of Central Perk is clear when you look at his latest film. Trust, which the 44-year-old directs, is a hard-hitting drama about a 14-year-old girl (played by Liana Liberato) who unwittingly befriends a sexual predator online. When her father (Clive Owen) discovers his daughter has been raped by the man, guilt and rage tears his life apart.

Schwimmer decided to make it after hearing a heart-breaking speech at an event for the Rape Foundation in California, of which he is a board member.

“About seven years ago we had a father speak at one of our annual fundraisers about his experience when his daughter had been brutally raped,” Schwimmer recalls. “I was in the audience listening to this man and seeing him shaking at the podium, powerfully describing what he went through – the feelings of rage, guilt, helplessness and responsibility. His marriage and work almost fell apart and his life was almost destroyed by it. It was so moving that I thought I really want to tell that story.” 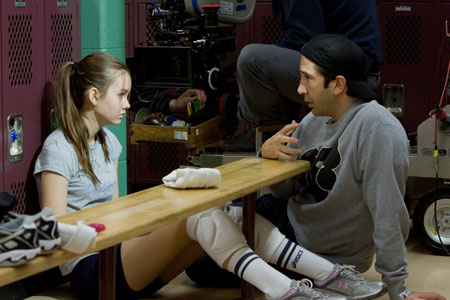 Trust also explores the sexualisation of children in advertising, a hot button topic in England at the moment. Schwimmer isn’t afraid to weigh in on the debate.

“I am openly critical about using younger and younger models in advertising in a very sexualised way,” he says. “I think it is really irresponsible and I think there should be more of a public outcry about these images that our kids are being inundated with. I think we have fewer and fewer role models for young adults, especially young women, with pop stars having to use their sexuality in a way that you have to wonder what the message is that we are sending our girls.”

While the well-crafted Trust shows Schwimmer has a real future behind the camera, the star is keen to keep acting and is even be up for doing another TV show. “If I do decide to do another show it will most likely be on a cable network like HBO because of the time commitment,” he explains. “On cable shows they only do nine to 12 episodes a year, rather than 22 or 24, so it would enable me to still do a play, direct or do a movie.”

Good time management is of particular importance to Schwimmer since becoming a father for the first time. His British wife Zoe Buckman – whom he met while making directorial debut Run Fatboy Run in London in 2007 – gave birth to baby girl Cleo in May.

“Being a father is amazing,” Schwimmer says. “It is really strange because now is my first time away from the baby and my wife since we had her seven weeks ago so it’s weird. I’m a little uneasy being away from her. I miss her so much.” 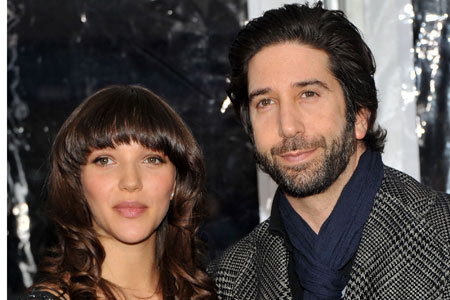 Schwimmer is already looking forward to spending quality time with his daughter when she’s a teenager, with the prospect of introducing her to six friends who like hanging out in a New York coffee shop causing the star smile broadly.

“I haven’t seen Friends in eight or nine years but I thought about watching it again recently because of my daughter,” he says.

“When a friend of mine saw Cleo for the first time he said, ‘How great is it going to be when she’s like 14 and gets to see you do that show’. And I thought, ‘Wow, that’s going to be really interesting to introduce her to that character and my work’. That would be really fun for her and maybe fun for me. It will be a bit like watching a home movie and seeing how young I used to be. I probably won’t watch the show again until I watch it with her.”

Trust is on general release from Fri, Jul 8.

The most popular online slot themes