Crumbling ancient Hittite temples and Roman monuments dot the skyline which is peppered each evening by the call to prayer, making you feel as though you are a million miles away. Seasoned Kofte (grilled meat) sizzles on street corners as vendors lug crates of aromatic teas and rare spices behind them on old bicycles. Saffron, worth more than gold in most of the world, goes for small change here – just a whisper of the far-flung extravagance you can enjoy in this surprisingly nearby part of the world.

Beyond the endless history and culture is the rustic and undeveloped coast, which stretches, empty, for miles along the bath-water warm Mediterranean Sea. There are also beach towns for downtime where neon lights, karaoke and bottomless margaritas keep the balmy nights alive.

The tourism industry in Turkey is not as developed as it is in its European holiday counterparts, making a visit that bit more exciting – and challenging. However, the country is known for unending hospitality and warmth, which more than makes up for buses that don’t run and chaotic immigration queues.  Flights to Turkey start at £88 and the main travel hubs are Istanbul, Dalaman, Antalaya, Bodrum, Izmir and Ankara. Domestic flights are the best option for long-distance travel.

There is also a railway but constant improvement means routes are often closed, so it’s important to check online before you make your plans. Coaches are a good alternative and most cities have easy to find ticket booths where you can book in advance.

This is the biggest city in Turkey (though not the capital); the cracks and crevices in the crumbling Roman monuments alongside fantasy-like minarets and domed mosques sum up the country’s exotic past. Old-world opulence is also captured in the city’s famous marble baths, while the booming business district and vibrant art scene continues to propel Istanbul up the fashion ranks.

Some of the most extravagant and ornate ancient structures in the world are here – from the 6th-Century Basilica  Cistern, that once bought drinking water into Istanbul via an upside down head of Medusa, to the famous Hagia Sophia, which was once a temple, but is now a breathtaking museum. In 2011, the most ornate of the Ottoman Baths, Sultan Hamam, opened to the public and the endless marble and indoor waterfalls is not something to miss.

Istanbul is crammed full of massive clubs and live music. Trendy bars to start the night can be found in the suburb of Beyoglu. Students and more arty-types flock to Barlar Sokak (known as ‘bar street’) on the city’s Asian side. And when the clock strikes 12, bigger clubs such as Reina and Blackk start their repertoire of house and electro.

World House Hostel is located right near the bars of Beyoglu and has very well-priced rooms at £9 a night. Another good find is Tan Hotel, which is located in the centre of the city, and has a roof terrace with dramatic views. Private rooms with (a hearty) breakfast included go for £55 a night. 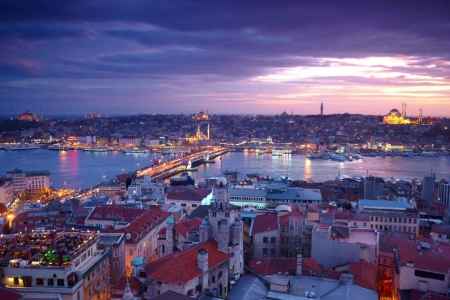 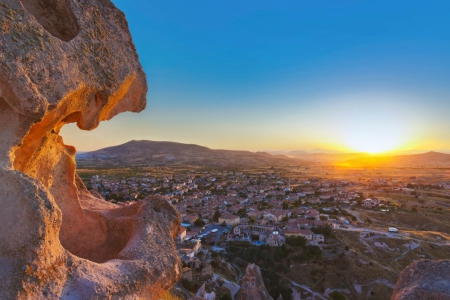 You’ll be forgiven for thinking you may have landed on the moon when you visit the dramatic landscape of this region. This geological wonderland boasts miles of undulating rock valleys and mysterious natural pillars and domes that rise out of the ground. Urgup, Goreme and Ilhara Valley are some of the bigger towns in the area, and are great bases from which to explore.

This is the place to go for adventure activities with a balloon ride over the surreal moonscape topping the list. Epic treks to cliff-carved ruins, climbing trips and ATV rides through the rocky valleys can be booked at tour companies on site.

Cappadocia is better enjoyed during the day. However each town boasts a number of holes in the wall (literally) where you can soak up a beer or two.

Although there are no longer cave dwellers here, tourists can dine and sleep in underground structures and rooms carved into rocks that once made up entire subterranean villages. Travellers’ Cave Pension is a budget option at £14 a night. For £56 you can enjoy some rock-chic at Koza Cave Hotel.

This stretch of coastline didn’t get its name for nothing – miles of bright blue water on the south-western edge of Turkey laps up against white-sand beaches making it the perfect place to relax. Although the glitterati park their boats here, the country’s Mediterranean and Aegean coast is far less hyped up than its European counterparts.

Resort destinations range from glamorous yachting ports to small fishing villages. Laid-back Dalyan has great access to medicinal mud baths and hot springs via boat. Oludeniz is known for having the most stunning beaches in the region while Fethiye is built on ancient ruins.

Bodrum has some of the flashiest clubs in Turkey; Halikarnas is the biggest open air nightclub in the world and its laser lights sweeping across the harbour as the jet set make their move is a sight to behold. Budget bars can be found in smaller towns like Dalyan and Patara.

Again, the cheaper options can be found in the smaller towns; Monarch.co.uk is a good place to begin the hunt with a pretty extensive list of place to stay all over the region. Renting villas along this azure shoreline is also much cheaper than you’d think so it’s worth researching. 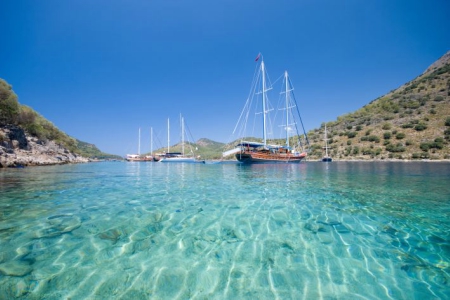 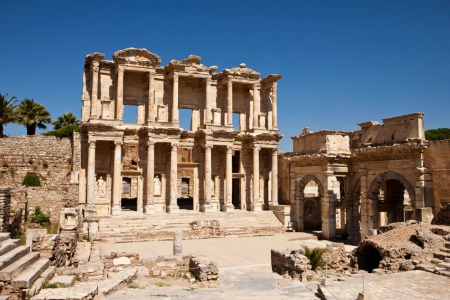 Considered one of the seven wonders of the Ancient World, Ephesus has some of the most breath-taking ruins in Europe – and even after 150 years of excavation, only a quarter of the Ancient Greek remains have actually been unearthed.

Most people who visit Ephesus stay in hotels on the outskirts and get there via bus. The ancient city’s main claim to fame was the Temple of Goddesses, which was four times the size of the Parthenon in Athens. Today, just a few columns remain but alongside tiered amphitheatres, colonnades, and magnificent baths, you can get a sense of its former splendour. Organised tours can be arranged at info centres in Selcuk but you can also visit solo.

Though the Ancient Greeks probably once enjoyed a pumping nightlife it is of course no more. Ephesus is for day trips now so a tipple is best enjoyed at your hotel bar.

Selcuk is less than inspiring, but its close proximity to the ruins (2km away) means it’s the best option for weekend trippers. Vardar Family Pension is conveniently located just near the bus station and costs only £9 a night. For a more beautiful stay, you can head to the village of Sirince which is 8km from Ephesus but has more boutique hotels such as Nisanyan which has a marble swimming pool (£89 a night).

The Black Sea Coast in the north is not as well known as the Aegean and Mediterranean shores, but the landscape is dramatic and the beaches here are virtually untouched. There are also incredible ruins to explore – and discover – as you may well be the first visitors.

This journey is for hardened adventurers, with rough terrain melding in to unwieldy cities where cultures collide as you near Iran and Syria. Despite its remote location, Asmara was ironically, the first resort town in Turkey. Built on ancient ruins you can sun yourself on the beach overlooked by a Roman castle. Dramatic Sinop is also worth a visit with beaches either side.

The town of Giresun has the best nightlife with bars frequented by locals and tourists alike clustered in the centre of the city. Seafront eatery, Mustafa Amganin Yeri in Amasra attracts visitors from all over, but you will have to queue.

You can get more for your money here, although some of the hotels could do with modernising. Gunter Seher Hotel in Amasra is just 100 metres from the ocean and has an outdoor pool all for £42 night. Efua Hostel in Sinop costs £35 a night and has magnificent views of the sea and barbecue facilities on the large terrace.

Thinking of visiting Turkey? Head to TNT Tour Search and plan your next adventure. 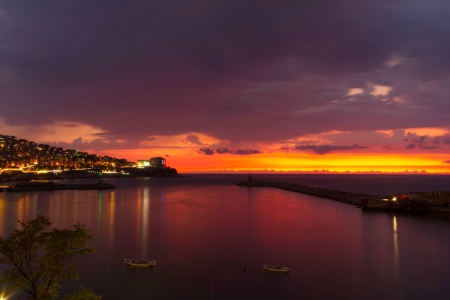 London Diary: The best of what’s on in London this week, Nov 5-11