Dirty 30 bucket list: No more procrastination, ultimate must-dos you can tick off in London

Those must-do-before-40 experiences we’ve all dreamed about, but haven’t got round to yet. No more procrastinating.

Maybe it’s been to finally get that tattoo you’ve always umm’d and aah’d about, or to conquer your fear of heights by jumping out of a plane. Or to bash the shit out of domestic objects at London’s smash-it-up Scrapclub.

“Everyone carries their own colour of stress, from the mundane to the intense,” explains Scrapclub’s co-founder Wajid Yaseen. “There’s nothing like Scrapclub to offload it!”

Tooled up with bats, hammers, pipesand all manner of assorted heavy-weight weapons, the object of Scrapclub is to annihilate a load of junk – TV screens, computers, pianos, cars – unleashing your inner aggression in the most satisfying way. 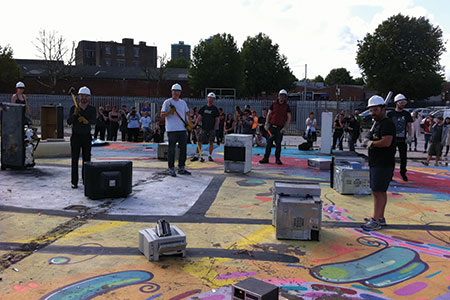 Revenge: get your own back on technology

“We came up with the idea on the back of a performance piece [co-founder] Joel Cahen and I were involved in which had a certain amount of contained destruction – we wondered what it would be like for an audience to not only witness a ‘destructivist’ action, but to have a hands-on, first-person involvement,” Yaseen says.

Is there one object folks particularly enjoy smashing? “People love destroying pianos, and we seem to have an almost endless supply of them from people who don’t want them anymore,” Yaseen reveals.

“The overwhelming emotional experience is joy at the inevitable fate of these derelict objects.”

Maybe destruction is not your bag, but you have long harboured a fear of heights. Then now is the time to conquer it once and for all – by throwing yourself out of a plane. 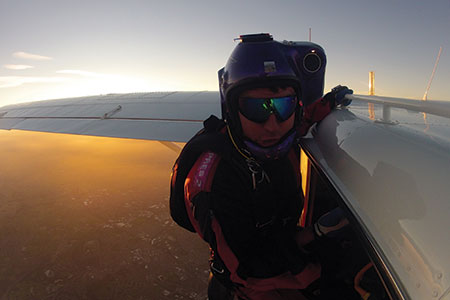 “Nearly every human has an inbuilt fear of falling, so to be able to overcome this by exiting a perfectly good aircraft is a euphoria like no other,” explains Skydive London’s instructor Dylan Griffith-Jones.

“The feeling, the buzz and the emotion of the whole situation is a sensory overload whilst falling at over 120mph. To be suspended under 400sqft of nylon one mile above the ground after this is a surreal, peaceful and awe-inspiring experience.”

So what can you expect when you take on your very own Point Break daredevil moment?

“It affects people in different ways,” Griffith-Jones says of his experience of leading tandem jumps. 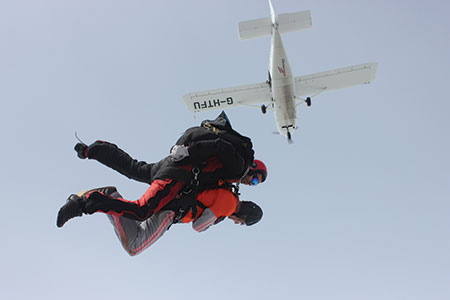 Do look down: conquer a fear of heights

“Some [people] are sick, normally on the instructor. A small percentage do faint – I must confess to coming within inches of this myself during a tandem jump last year – but most people really enjoy it and can’t explain the feeling. Some even come back and train to do it on their own!”

With loads of once-in-a-lifetime opportunities in and around the capital, you have no excuse for not getting out there and ticking things off. There is no time like the present! 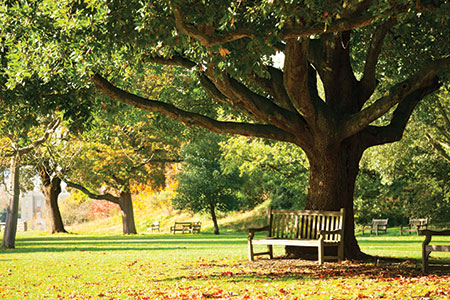 Remember when you were young and used to climb trees for fun? There’s no reason you can’t do that now, as Mark Hawes and Nick Cranston, the brains behind the Big Tree Climb, enthuse. Qualified tree surgeons who wanted to share their love of trees with others, the duo hold group events across the country, and can be booked for private events, too, during which you climb a tree (roped in of course) then zipwire down. Fantastic.

Karaoke is so last millennium – right now Rockaoke is where it’s at. Rather than singing along to some tinny backing track, you take to the stage with a full band behind you. With over 200 songs to choose from you can emulate your rock ‘n’ roll heroes.

Find regular Rockaoke nights across London at the Tooting Tram & Social, Soho’s Madame Jojo’s, The Alice in Houndsditch and The Star Of Kings in King’s Cross. Next is Kensington’s AAA bar.

Learn how to survive in the wild – Surrey

If you were stranded in the wild without a Ray Mears to help, would you know what to do, or would you be left crying, cold and hungry in the mud? Learning vital survival skills is something most of us no longer do, so pick it up now. Trueways Survival runs courses of different lengths up and down the country including this five-dayer in the wilds of, err, Surrey, where you’ll learn how to forage for food and build a shelter.

£150+, Oct 14, from 10am
Confirmed on booking
Station | Walton-on-Thames
truewayssurvival.com 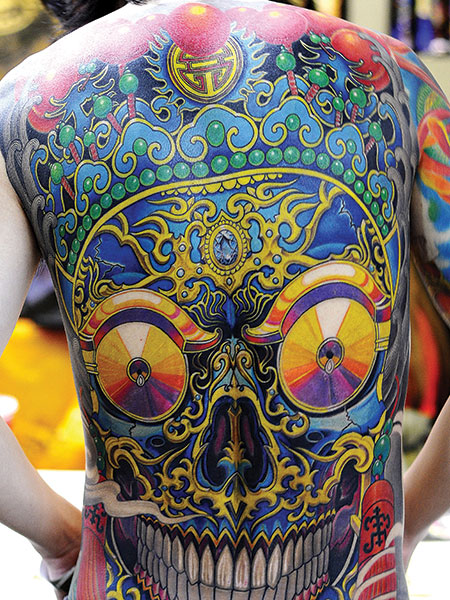 Get a tattoo – Docklands

Have you always wanted a tattoo but never had the guts to actually go through with it? No more stalling: now is your time. The International London Tattoo Convention opens its doors later this month with body art stars from around the world in attendance.

You can check out some of the most tattooed folk on the planet, watch tattooed burlesque performers such as Sweden’s Elegy Ellem, who will be in town for the weekend, and get some inspiration before you sit down in the chair and let the artist put the needle to your skin.

Do a Bungee Jump – Docklands

It’s an obvious one, but you haven’t proved your mettle until you‘ve plumetted earthward with a rubber band around your ankles. This site by The O2 sees you take on the rite of passage endeavour from 160ft high. Good luck.

L’Atelier Des Chefs runs a smorgasbord of cookery classes for the beginners (you’ll have to own up!) and those looking to take on a new cuisine or upgrade their skills. You can learn to cook a cod with butterbean, chorizo and tomato stew in 30 mins (Sep 3, 5pm) or immerse yourself in Thai on a longer course. 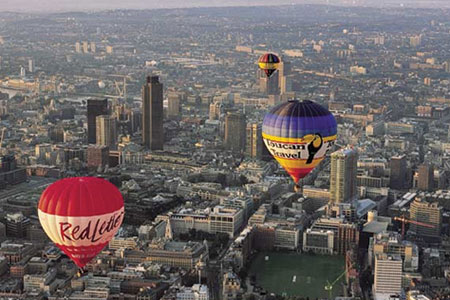 Fly over London in a hot air balloon – Tower of London

What better way to see the capital than from the perfect vantage point of a hot air balloon as you fly over the likes of Westminster and the Emirates stadium at dawn?

£189, Times and dates vary
Various take-off sites within a couple miles of Tower of London
adventureballoons.co.uk

Time to do something philanthropic: give blood to help someone else in need.

You’ll get to experience the power of the SLS AMG Merc at this purpose-built handling circuit, which has a wet skid circle so you can push the car – and quite possibly the pro instructor by your side – to their limits. It has a 6.3-litre V8 engine and does 0-60mph in under four seconds.

Get fit in a friendly environment, while simultaneously learning how to pummel someone to the ground – it’s a skill you want ticked on your bucket list. BoxLondon runs classes for those with experience in the ring as well as for those who are new to pugilism. You can set your own pace and no one is going to drop you in the ring and say “fight” unless you’re up for it. It’s not fight club! 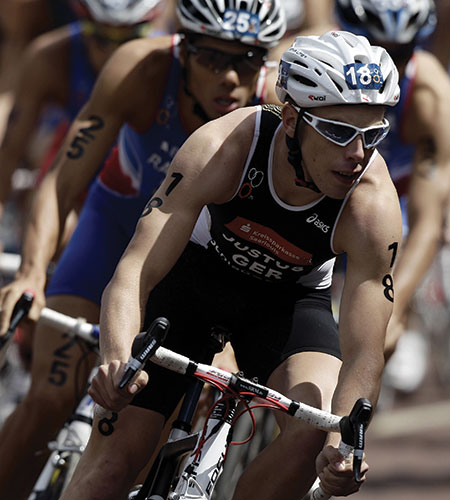 Some people might think about running the marathon, but if you want to put yourself to the test and really find out your strength and your limits then go one step further and take on a triathlon –applications are currently open for the 2014 Virgin Triathlon.

Who wants to just do a piddly little jog around the city streets? With this event you’ll be taking on a 1500m swim, a 40km bike ride and then a 10km run. Back to back! 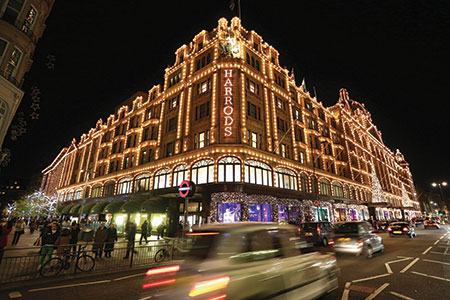 The legendary Harrods in Knightsbridge is London’s king department store. It occupies five acres in west London and inside you can get anything from its 330 departments, from clothes to toys to cars to holidays, and eat pretty much anything too at its 32 restaurants. Thing is, such opulence comes at a price, and a pretty steep one, too. So give yourself a budget, as much as you can afford, and go wild. Retail heaven!

Swimming pools are overcrowded and have too many damn kids and too much chlorine. For a back-to-nature experience you need to do what real swimmers do and go wild swimming. Taking a dip outdoors in a natural pond or river that is pretty much hidden means you can be all on your own, and is an experience everyone needs to have tried at least once.

Although by name it doesn’t sound too idyllic, Hythe End gravel pit is a 2km-long lake with crystal clear water, and there are other top rated spots in London too, such as the streams in Eynsford and the Hampstead ponds located in the midst of the wild, hilly heathlands of north London. You could even take it up a notch and go wild skinny dipping.

Be an extra in a movie – across London

You might not be able to snag the lead role as the next Bond villain or star opposite Al Pacino, but you can still find a way to stand next to them – be a movie extra. Go get your face up there on the silver screen and have a great story to tell for years to come. “Did I tell you the time I worked with Cate Blanchett? No? Well…”

Give up your time to help others out, such as at the American Church Soup Kitchen, which aids the homeless.

Earn a Guinness book of world records title – wherever 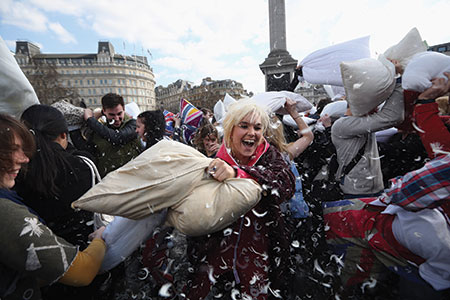 Why should having a pillow fight only be the kind of caper you get up to when you’re young? That’s exactly what the people who run National Pillow Fight Day want to know. In hundreds of cities around the world, a mass pillow fight is staged, allowing you to mash the heck out of other slumber-pouch-armed combatants.

Feathers will be sent flying into the air as they were in April of this year in Trafalgar Square (above). There’s only one rule: don’t hit anyone who doesn’t have a pillow. That would be mean.