Down with Love: Anti-Valentine’s day feature

Human beings use a lot of words to describe the person in their life who they use to ward off loneliness and depression: husband, wife, spouse, boyfriend, girlfriend and of course life partner (my least favourite) but let’s be honest with ourselves, the only thing they are is a drag. My friends in relationships are constantly complaining about their other halves; the girlfriends are all neurotic, needy, control freaks who cry at the drop of a hat, while the boyfriends are all lazy, smelly oafs who will forget any “meaningful” date that isn’t scrawled on their hands in Sharpie, or carved into their flesh with safety scissors. Spare me! We singles are much better off, and no day sums that up better then Valentine’s Day. Every single person you meet, regardless of whether they say it or not, is just that little bit more desperate than usual on February 14th every year. Keeping that in mind, we’ve found a few parties that are 100 per cent anti-Valentine’s day, so hook in and hook up! 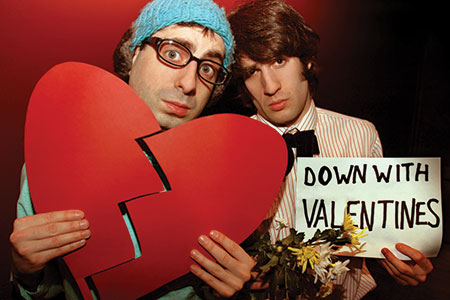 There is a misconception that people who ‘speed date’ are the same people who stay up into the wee hours of the morning drinking straight malt liquor by themselves in a dark room and wonder what went wrong with their lives. Goldfish’s Lock and Key Party is certainly going to change a few people’s opinions about the art of speed dating. Hosted by Table for Four, this is a fun and easy way to meet like minded single people. Every male participant is given a key, while the females get a lock. They all wander around the bar, drink in hand, trying to unlock or be unlocked by someone. What a beautiful metaphor… Sort of. (goldfish.com.au)

Jurassic Lounge celebrates the launch of its fifth season with the return of its infamous Anti-Valentine’s Day party on February 12th. Held in the atrium of the beautiful Australian Museum, the event starts with a round of date roulette where every registered single person will sign up and be subsequently matched at random to another person who fits their age, interests and sexual preference for a five minute date.  Miss Kelly Ann Doll will be conducting swing dance and burlesque classes all night long so that you can quickly impress your new found paramour with some John Travolta-esque moves. There will also be a performer, who goes by the name Diesel Darling, whose jam seems to revolve around getting naked while draped in writhing snakes like a modern day retelling of the ancient greek myth of Medusa – might even have a few of the blokes turning to stone in places. If none of that takes your fancy you can always check out the exhibits at the museum, like Alexander the Great: 2000 years of Treasure or watch a collection of short films about the sex lives of animals. (jurassiclounge.com) 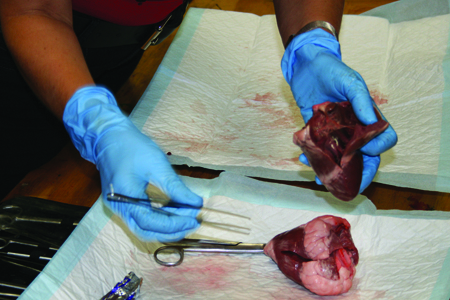 The traffic light party is perhaps an alien concept to some, but fear not, I shall explain it to you. It’s quite simple really, if you’re keen to “meet” somebody then you wear a green article of clothing, if you’re really boring and sitting on the fence then you wear an amber piece of clothing (yellow would be easier, not a huge amount of people can pull amber off) and if you’re in a relationship (boooo!) then wear red. Got it? Good, now get yourselves up to Beaches Bar in Airlie Beach, Queensland and get amongst it. I’d suggest you wear green, what’s the point of going to one of these traffic light parties if you’re not there to at least try and pick up with someone? (beaches.com.au) 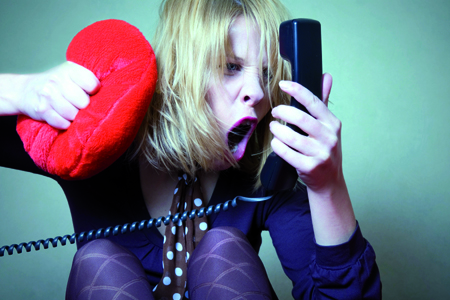 Ms. G’s restaurant is putting on a prom night for singles and couples alike complete with buffet style food, retro 50s music on a proper jukebox and pre-spiked punch! So no need for anyone to sneak in their father’s liquor in a hip flask. They never had prom nights when I was at school, they had “formals” which were just as boring as they sounded. Nobody danced, there was never any booze and not once did the whole party break into an impromptu song and dance number (yes I’m thinking Grease, wasn’t everyone?) With a bit of luck though, Ms. G’s Prom Night might just save the whole concept… All for just $80 a head. It seems Ms.G really is the word. (merivale.com.au)

It’s all well and good for places to use words like ‘Anti Valentine’s Day’ when promoting their February 14th nights but it’s quite another thing to actually stage a ‘couple free’ evening. That’s just what the ultra-swanky Pullman’s ECQ bar is doing, banishing couples from even entering the premisis. Only singletons can overloook Sydney’s beautiful Harbour! Kudos Pullman, kudos indeed. The selection of $10 cocktails and $5 beers will no doubt help fuel a fair few couplings before the night is out though, along with the 2 for 1 share plates of delicious food when you’ve found somebody to split them with. Pullman’s also has something it calls a “Couture Candy Bar” which sounds like an exciting, if somewhat contradictory concept. How does one custom fit a sweet? What would that even entail? How did we even get onto this tangent? I’m not entirely sure, but if you’re after cheap beers and good food in an five star hotel, then Pullman’s is the place for you. There’s probably even a pun in the name… But we wouldn’t want to be crass now would we? (mirvachotels.com)

Cafelatte featuring the cream of Italy