For the ultimate road trip, explore France in a campervan. Marie Teather got behind the wheel for TNT.

Maybe it’s because I’m an ignorant les rosbifs –‘roast beef’ as the French like to call us – but when my partner and I decide to embark on a one-month driving trip of France, I doubt that a country within driving distance would be very different.

But as we navigate our campervan through another country village comprised of less than 10 houses – none of which would look out of place in a wartime picture postcard – have not seen a single person in this nor the previous four villages, and discovered five village shops (all closed), France proves a pot of cultural surprises.

It takes just two hours to drive from South West London to Dover, 90 minutes to cross the channel and by lunch we are in Paris.

With the exception of the manic traffic in the capital, including a wacky race around The Arc de Triomphe – at which point I squeal with excitement – my partner had repeatedly told me how easy driving through France is.

“Simply stick your pin in the map and we can go,” he bleated. Which is exactly what we are doing. 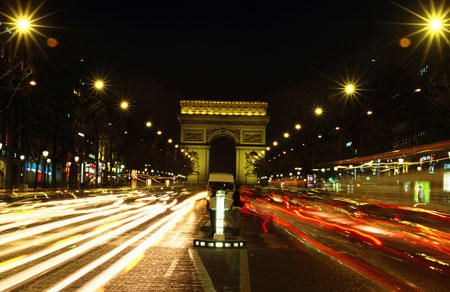 We spend the next three days soaking up the Parisian atmosphere sitting in sidewalk cafes and taking leisurely strolls down the tree-lined Champs Elysees.

Next is a mere 16km trip to the Palace of Versailles to revel in the excesses of Louis XVI and Marie Antoinette.

We buy fresh baguettes each day, a selection of cheeses and a bottle of wine, and move effortlessly between the network of campsites to park the van, eat, explore and sleep. We take the back roads (N and D roads) to avoid the expensive toll highways and take in the views. And with a month to travel, there is no need to rush. Such is the French way. 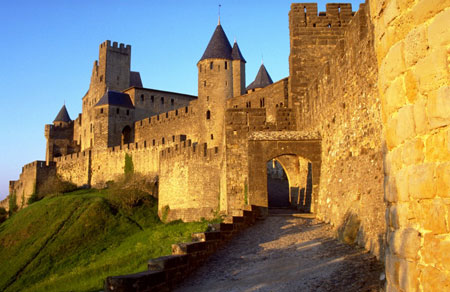 Our general route through France is a rough anti-clockwise circle stopping off at whatever cities, towns or villages we come across. Yet, away from the cosmopolitan capital and the historic France with which I am so familiar, the rural landscapes show French life as it always has been.

My partner takes an instant delight in the empty roads, the laid-back pace of campsite owners, and we revel in the scenery that changes with each day we take to the road. With each seemingly empty village I ask: “Where is everyone?”

To which he replies: “It doesn’t matter. Cest la vie.” 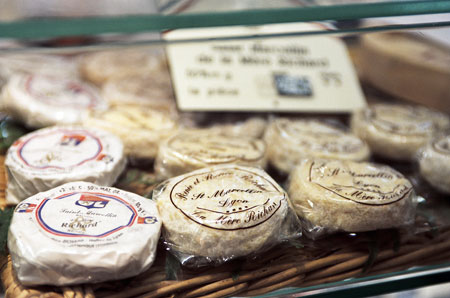 From the sun-infused vineyards in Bordeaux, we drive onward to the Dordogne region. The looping river leads us through medieval villages, châteaux perched on cliff tops, unspoiled countryside and prehistoric caves.

One bright morning we drive by a village market; tables loaded with local produce. In May, this means artichokes, and ouillette sausages, pastries and, of course, baguettes. It’s another excuse to stop, load up the van with food and then drive on to find a pretty spot to stop and picnic.

In the fortified town of Carcassonne, we spend our evenings sitting outside our van, glass of wine in hand and looking out onto the illuminated fairytale castle. It’s here I make one of my first cultural observations: that French people really do walk around with baguettes under their arms every single day. It never ceases to make me smile. 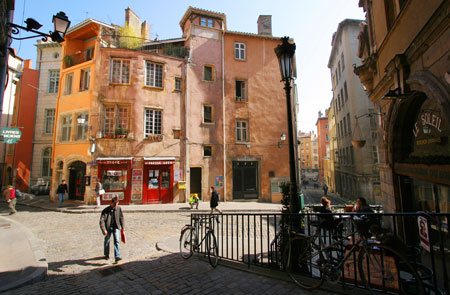 Off to the Med

Heading along the south of France we meet the Mediterranean; that long shore where sea meets land with a laidback beauty and all, from France to Albania, Greece to Israel, claim to be a part. With its salmon-coloured, listed buildings; the rich and beautiful; overpriced coffee; and the odd celebrity, the economic crisis has seemingly skipped this part of the world.

Driving back into the heart of the country, we discover lovely Lyon. France’s second-largest city has a student vibe with two halves: the old quarters and the new, interlinked by a warren of tiny cobbled streets lined by restaurants. Further north in Lille, the Belgium influence offers down-to-earth menus of beer, mussels and fries.

The drive back to England, passing the rows of sombre but beautifully preserved headstones at Flanders Fields, gives us time to reflect on our often misjudged neighbour. I liken her to an old dame; elegant, nostalgic, stubborn and at times resisting the modern world.

But therein lies the attraction. For a country easy enough to drive to from your home and with each stop offering a different glimpse into daily French life, you ought to get behind the wheel and head for Dover today. 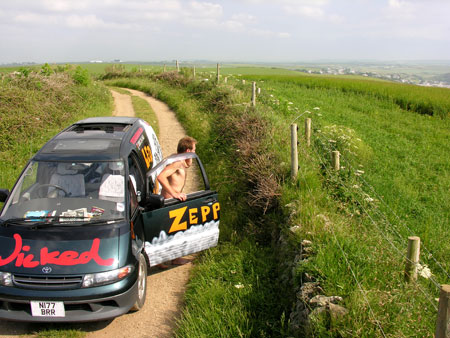 With your bed always there and knowing you can be in France in a matter of hours, a van tour is one of the most memorable, economical and liberating ways to get around the country and the rest of Europe.

Tempting as it may seem however, to spontaneously hit the road, thorough preparations will make a huge difference to the quality of your trip.

Naturally, you’ll need a UK or an international driving licence, insurance and a green card should you decide to enter non-EU countries. The French Road Safety Department also requires all drivers in France, including drivers of vehicles registered outside of the country, to have one warning triangle and one reflective jacket in their vehicle. Authorities are very strict on this regulation and regularly enforce on-the-spot fines of between €90 and €135.

A road-worthy van should set you back about £2000 but bear in mind that UK insurers may not insure a vehicle more than 20 years old. Also, as road conditions can be rough at times, make sure you get your van checked out before starting. For shorter trips, you may prefer to rent a van that will come complete with warranty, breakdown cover and insurance although again do check these cover non-EU countries.

Investing in a sat-nav may be one of your best pre-trip purchases and will undoubtedly save a lot of arguments.

If you don’t have one however, theaa.com and mappy.com are excellent resources to help plan your route.

Best of the rest: Alternative driving routes in Europe

THE IBERIAN CIRCUIT, SPAIN: Choose either the 10-hour ferry from Portsmouth to Bilbao or Santander or arrive in Spain via a two-day drive through France. Head first towards the lively city of Barcelona by driving along the Ebro Valley. You’ll join the Elbra River, stopping in Zaragoza and the Catalonian city of Lleida.

From Barcelona, head further south to Andalucía dropping by Granada, Seville, Malaga, and Córdoba. The journey back up north might lead through Toledo and Madrid or even Portugal.

THE ADRIATIC RACE, BALKANS: Motorcyclists have long touted the drive along the Adriatic Coast as one of the most beautiful in the world and with improved road conditions, motorists, campervan drivers and coach loads of holidaymakers are discovering the area too. Simply start in Slovenia and head towards Greece through Croatia, Bosnia and Herzegovina, Montenegro, Albania, Macedonia.

THE BOOT LOOP, ITALY: Enter Italy from south of France and plan a route down the western edge to the capital, Rome. See the preserved volcanic remains of Pompeii before sunbathing in the Mediterranean south. Head back up the east side via Bari, Bologna, Venice and Milan before exiting over the Swiss Alps.

THE ALPINE ROAD, GERMANY: Germany’s longest-established tourist route twists and turns along the edge of the Bavarian Alps. Motorists have followed the glamorous drive since the 1930s, covering about 450km between Lindau on Lake Constance and Berchtesgaden on Lake Königssee close to the border with Austria. More than 20 crystal-clear mountain lakes offer thrilling views as well as a choice of sports and leisure activities.

BERGEN TO OSLO, NORWAY: Gaze at snow-topped mountains, sparkling fjords, deep conifer woods and fairy-tale wooden buildings like the churches at Rollag and Uvdal. After reaching bustling Oslo, return via the coast, swapping mountains for pretty coastal towns, and take day trips to rocky islands. Stop at Kristiansand for upmarket shops and restaurants, and Stavanger, the European Capital of Culture.

London music gig: Radiohead’s rescheduled gig at the O2 on October 8 and 9