But if the fixturing suggests this series is an afterthought, England’s disastrous showing against Pakistan earlier this year, when Andrew Strauss’s team were whitewashed 3-0 in the United Arab Emirates, infuses these Tests with urgency. England, in case you hadn’t heard, are the world’s top-ranked Test side, so consecutive losses on the sub-continent would be interpreted by all and sundry as a major wobble. England, if they are to preserve their status as Test cricket’s top dogs, need to rediscover the winning habit.

“It’s huge,” agrees Nick Knight, the former England batsman who is now a Sky Sports commentator. “England played so poorly against Pakistan that it really gives this series an edge. The fact it’s only two matches makes it difficult, but England’s position as the world’s best Test team has really been put under pressure and it’s a chance to put right the wrongs after the last series.”

Against Pakistan, England were brought undone by Saeed Ajmal and Abdur Rehman, a pair of spinners whose variation and disguise completely unnerved the touring batsmen. The tale is so familiar it has become a cliché – English batsmen have filled their boots in recent years but, on a crumbling wicket against a couple of tricksy sub-continental tweakers, they couldn’t get the ball off the square.

“Spin has been the nemesis for many years,” Knight laments. “It’s just that we don’t see much of it in English conditions. There’s not the same mystery or the doosras that you get on the sub-continent, so it’s not until you get over there that you find out whether you’re going to sink or swim. It becomes a mental issue, although I think this tour to Sri Lanka will be a little bit easier than the tour to Pakistan – I don’t think they’ll fear this spin attack quite as much.” 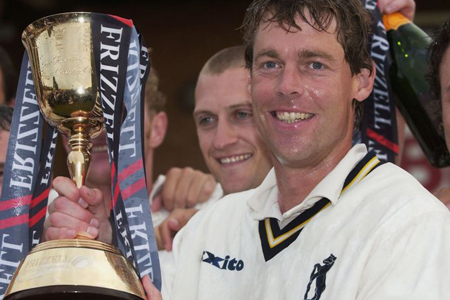 Last August, England humiliated India to become the world’s top Test nation but their struggles on the sub-continent have ruffled their feathers almost before they’ve had time to preen. It’s been 11 years, almost to the week, since Graeme Thorpe and Darren Gough inspired a stirring, come-from-behind 2-1 series win in Sri Lanka – no England side has won an away series against Sri Lanka, Pakistan or India since. Knight acknowledges that if England are to be regarded as a great side, as opposed to a very good one, they must break their sub-continental hoodoo.

“Some very good sides have struggled on the sub-continent,” Knight begins. Is it churlish to remind an Englishman that Australia have completed away series wins against all of India, Sri Lanka and Pakistan since England’s 2001 triumph? “But if you earn the right to be considered the best side in the world,” he continues. “Then you should be able to win anywhere, so the pressure is on to come away with a result. I think they’ll do pretty well – a few of the guys have gone over early after Andy Flower made it known they were under-prepared against Pakistan and I think Sri Lanka have played a lot of 50-over cricket recently, which might make it harder for them to adjust.”

It is a measure of England’s success during the past three years that their capitulation against Pakistan, which came after nine unbeaten series, did not spark a flurry of changes. Given the conditions, Knight expects England to play two spinners, Graeme Swann and Monty Panesar, alongside seamers Stuart Broad and James Anderson. The question, as he sees it, is how best to replace Eoin Morgan, the sole batsman thrown on the pyre after failing against Pakistan.

“I think there are 10 certainties and one position up for grabs,” Knight says, advocating a departure from coach Andy Flower’s orthodox set-up of six batsmen, a keeper and four bowlers. “Tim Bresnan, Ravi Bopara and Samit Patel are vying for the spot at six or seven, with Matthew Prior possibly coming up in the order.

“I’d take Bresnan, purely for a bit of reverse swing to help out with the bowling. I think that, if it’s just two other seamers, that could be a bit tough. Bresnan can bat a bit as well, so you push Prior to six, then Bresnan, then Broad at eight. That depends a lot on conditions and Andy is a stubborn guy, in the best possible way. It’s worked for him in the past so why should he change?” 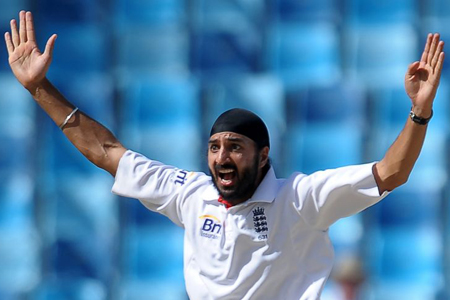 Setting aside England’s ambition to secure a rare victory on the sub-continent, the bigger picture takes account of this summer’s series against South Africa, a heavyweight title-fight to determine, more persuasively than the flawed ranking system, which nation is truly at the top of Test cricket’s tree. Knight acknowledges that England regaining momentum against Sri Lanka is almost as important as the result itself.

“If batsmen, in particular, are struggling for form, it’s not a great place to be. This England team is very settled, but it doesn’t take much for it to become unsettled,” Knight says.

Indeed, Andrew Strauss, the England captain, will be as keen as any of his men to find his groove, having endured a lean run with the bat that dates back to the start of 2010.

“Certainly, Strauss has to score some runs – not that his position is under any threat,” Knight says. “He’s got nothing to worry about but, leading the side, scoring runs is important mentally. Although, even if he doesn’t score runs against Sri Lanka or the West Indies, he’d still be in my side for the first Test against South Africa.”

3 of the best meat pies places in London