09:00  Cologne is the fourth largest city in Germany after Berlin, Hamburg and Munich. It’s best known for its raucous carnival in November, one of the biggest street festivals in Europe. But there’s plenty to see in Cologne outside of November. Start by making your way to the city’s most famous landmark, the Kölner Dom, or cathedral.

09:05  Work on the Kölner Dom (Heinrich-Böll-Platz) began in 1248 and was finally completed in 1880. It’s a masterpiece of Gothic architecture – an imposing twin-spired structure radiating a vaguely disquieting ghostliness as it stretches up to the sky, clearly belonging to another time (or, at least, a Tim Burton movie). It boasts the second-tallest spires and largest façade of any church in the world, and houses what are thought to be the bones of the Three Kings from The Bible. Admire the magnificent exterior before taking a tour of the various treasures inside (entry is free, tour prices vary). If you’ve got the energy, climb the 509 steps to a viewing platform to look out over the Rhine.

12:00  Right across from the Dom is the Hohenzollern Bridge, one side of which is covered with ‘love locks’. Couples affix padlocks carved with their names to the bridge to symbolise everlasting love (the practice has claimed a number of bridges around the world, including the Pont de l’Archevêché in Paris). Have a wander along the Hohenzollern to admire the display – it’s fun to spot the loved-up pairs who have attached massive creations to the bridge in an effort to one-up everyone else. 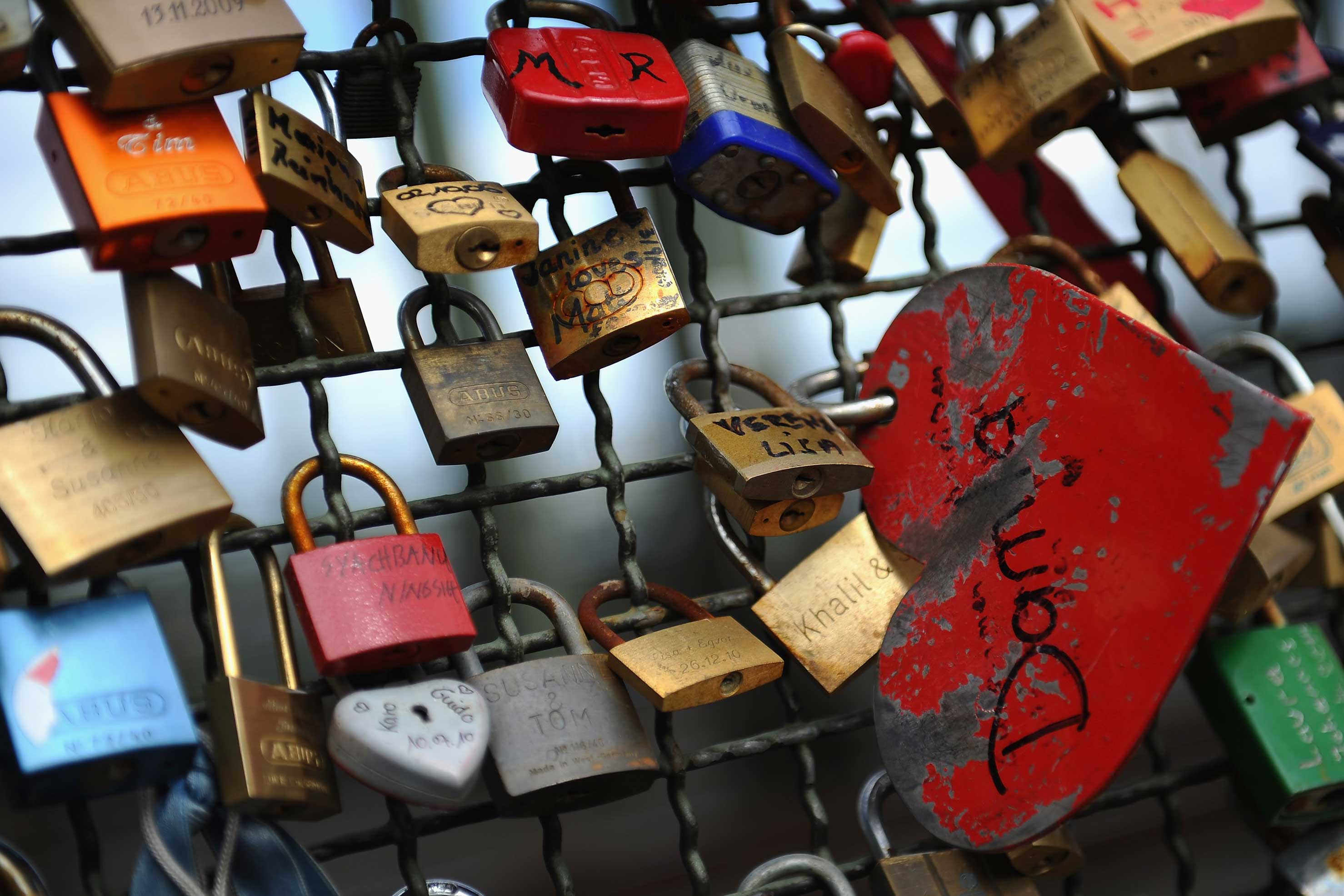 13:00  Head back in the direction of the Dom towards  Museum Ludwig (admission £8), which is home to one of the world’s most impressive collections of postmodern art. Make a beeline for the café first and stockpile some energy for the afternoon ahead. There’s an impressive food menu – we recommend the creamy seafood bisque (about £5), followed by a slice of apple cake.

14:00  The museum’s collection is absolutely huge, so prepare to feel overwhelmed. There are a few don’t-miss exhibits, such as Picasso And Cubism, which is actually demonstrative of a few different phases of the iconic artist’s work, and Pop Art, featuring Andy Warhol’s Brillo Boxes and a few Roy Lichtensteins. Make a plan for what you want to see most, and stop before you start to feel dizzy!

18:00  After a busy day, you deserve a beer. Cologne is famous for its Kölsch, which is served in long, thin 0.2-litre glasses – the antithesis of the huge steins you find in Bavaria. The glass is called a stange, and proves to be a pretty sneaky way of getting you drunk, as you tend to order more, owing to the seemingly small size. Cologne is full of beer halls, but we particularly like Früh Am Dom (Am Hof 12-14), rather handily located by the cathedral. It’s a warren of a place, mostly devoted to food, but there is a drinks-only area downstairs. 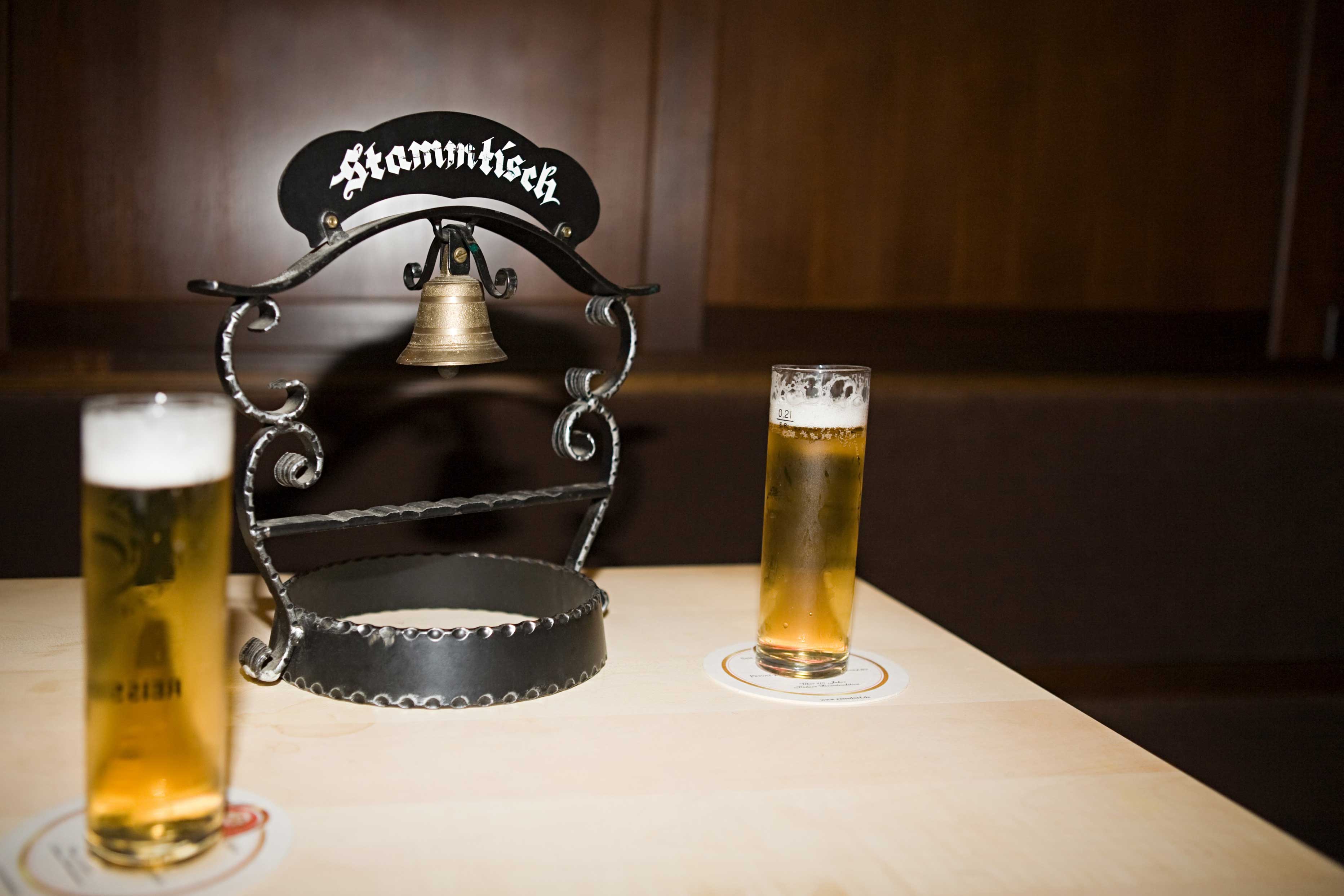 21:00  For dinner, head slightly further out of the centre to Päffgen (Friesenstrasse 64-66), where you’ll be jostling with locals for a seat. Rack up more Kölsch and try the schweinshaxe (pork knuckle) with sauerkraut, for about £10.

23:00  Head over to the student district around Luxemberger Strase for a night out. Stereo Wonderland (Ritterstraße 52) is a small, edgy bar with good tunes and regular live music, while the Boogaloo (boogaloo-koeln.de) is a red-lit, trippy space offering cheap cocktails. End the night at Rose Club (rose-club-cologne.de) for your indie disco fix, spanning the decades from New Order to Two Door Cinema Club. If cock-rock is more your thing, duck into Blue Shell (blue-shell.de) across the road.

05:00  If you stay at 16C Ulrichgasse, a locally owned flat available through wimdu.co.uk, it’s just a 15-minute walk home, rather than springing for a taxi. Plus, you get your own private bathroom and kitchen. From £51pn, sleeping up to four people.

13:00  Give yourself a lie-in after your night out. If you’re in need of hangover food, walk up to  Severinstrase, choose one of the many kebab shops, and order the frites topped with doner meat. It’s an instant cure, trust us.

15:00  Limit the need for brain power with a trip to the  Schokoladen Museum (Am Schokoladenmuseum 1a, admission about £6), which teaches the art of chocolate-making. Station yourself under the chocolate fountain to sample the goods at the end.

18:00  Get your bratwurst/ schnitzel/ sauerkraut fix at the very reasonable Brennerei Weiss (Hahnenstrasse 22, mains from £4) and then wander to the riverfront to check out Papa Joe’s Jazzlokal (Buttermarkt 37), where you can enjoy old dudes playing live jazz for free. Now give yourself a pat on the back – that’s Cologne sorted.

Review: The Saloons at Upstairs Beresford