After pitiful snowfall for the first part of the ski season, the weather gods have finally pulled their fingers out: temperatures have dropped, clouds have amassed, and the snow has started properly to fall, just in time for the half-term holiday, ski resorts’ busiest week of the year. But if you have been holding out until the last minute for guaranteed powder, where should you actually go? Which resorts balance quality skiing and snowboarding with raving après-ski, a taste of luxury with affordability? We’ve had our spies out in ski resorts across Europe, checking out all the the things that matter (so that’s the beer, the lifts, and the powder) and come up with five fantastic European ski resort options where you’re guaranteed to have a  ball.

Grandvalira, Andorra
Nestled in the Pyrenees between France and Spain, Andorra honestly wasn’t our first thought for a ski holiday. But easily accessible from Barcelona (where there are plenty of budget flights), north facing slopes so snow conditions are maintained even at midday, and with duty free prices putting the cost of beer and spirits on the floor, what more could you possibly ask for? The ski school at Soldeu was set up by Brits and has native English speaking instructors, making it an ideal place to take lessons. More advanced skiers will enjoy some spectacular and well-maintained black runs, punchy off-piste skiing, and the chance to be spectators at (and then later try out the race routes) the FIS Speed Ski World Championships, the Skiers Cup, and Total Fight Masters of Freestyle.

St. Anton, Austria
St. Anton claims to be the cradle of alpine skiing, and it certainly attracts a committed following. The Arlberg ski area has 350 km of marked runs, and a further 200 km of quality off-piste. The efficient ski lift network – 97 cable cars and lifts in total – makes it easy to get to the furthest reaches of the resort, and thus to escape the crowds. An access all areas ski pass will cost you €219 for five days. When the sun goes down and you are forced by a mixture of darkness and exhaustion off the slopes, expect to find lively bars in the towns, as well as numerous naked, unisex saunas. You have got to find some way to warm up your body in the snow! 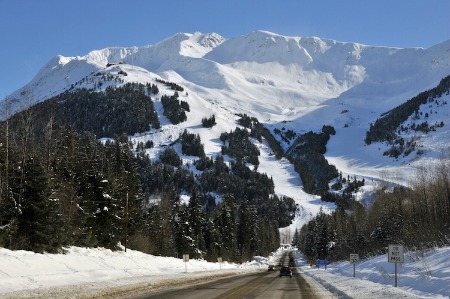 Tignes, France
Rightly renowned amongst European ski resorts, Tignes has a great snow record and numerous famous off-piste sections like Mickey’s Ears and the Aiguille Percée. You can ski almost year-round on the 20 km of pisted glacier, and from the panoramic restaurant at the top you’ll have views of Mount Pourri, Mount Blanc, and the spectacular Grande Casse.  This makes it an attractive option for non-skiers too. Tignes’ 300 kms of slopes remain open until May 1, and are fairly divided between green, blue, red, and particularly fiendish black runs. Serious skiers can pit their skills against the nine slalom courses, and practise new tricks on the jumps in the snow parks. Check in to the 4* Campanules to make use of its jacuzzi, hammam, and outdoor heated pool, or go all-out with an inclusive package at Tignes Club Med.

Vallnord, Andorra
The Andorrans and Spanish have been trying to keep Vallnord as their little secret, but we are now letting you in on it too. The resort has two main parts – Pal Arinsal and Ordino Arcalis – and the same ski pass covers them both. Vallnord is a major stop on the Freeride World Tour calendar, you can try your hand at ski biking (bikes on skis, as the name suggests) and speed riding (parasailing whilst on skis, in tandem with an instructor), and with a five-day lift pass costing just €175, you’ll be laughing all the way to the slopes. You can get to Vallnord on a budget flight to Barcelona, from where bus transfers to the resort are frequent.

Verbier, Switzerland
Verbier is the grande dame of Europe’s ski resorts, undeniably expensive, but with a certain exclusivity and oodles of charm. The 4 Vallées ski pass gives you access not only to the efficient lifts at Verbier, but also to La Tzoumaz, Bruson, Nendaz, Veysonnaz, and Thyon. There is a wealth of catered apartments and chalets to choose from, some exceptionally pricey indeed, but there is also a line-up of more reasonable 3* hotels, some of which have direct access to the slopes. The après-ski in Verbier is rightly legendary, with all manner of venues to choose from, but beware the cost of drinks: you might need to re-mortgage your house.

Mannering named Player of the Year