He was gunned down, shot twice in the head while leaving a wedding reception in Sydney. He died hours later in Liverpool Hospital.

Two more men – who were also associated with the Comancheros – were shot, but survived.

Last year, Hayden Burnes was stabbed to death at a car repair business in Sydney’s west.

The 15-year-old – whose father is said to have links to the Lone Wolf outlaw bikie gang – was rushed to hospital but died from his injuries. Three people have now been charged.

And, this month, Leslie David Gadd was jailed for eight years for shooting a man in the leg during a violent home invasion on Queensland’s Sunshine Coast. 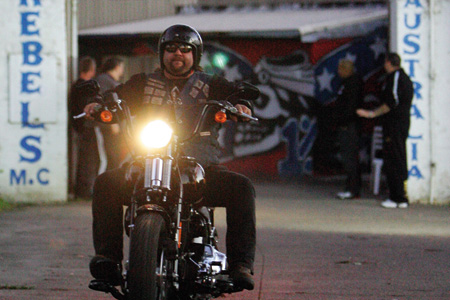 These are a few in a long line of crimes involving outlaw motorcycle gangs (OMCG) – or bikies – prompting law-makers to get serious.

Last week, Western Australia passed some of the toughest organised crime laws in the country, which can ban bikie members from associating.

But they’ll have their work cut out, with about 40 OMCGs in the country – some with international links – and none of them taking too kindly to being in the spotlight.

The largest is the Rebels, with 55 chapters and 2000 members across Australia. And it’s this group in particular officials are focusing on, setting up Attero, a national taskforce of 14 law enforcement and Commonwealth agencies, to investigate.

Last week it revealed more than 330 people connected with the Rebels have been arrested, with 500 charges made, 300 premises searched and 40 firearms, other weapons and drugs seized. 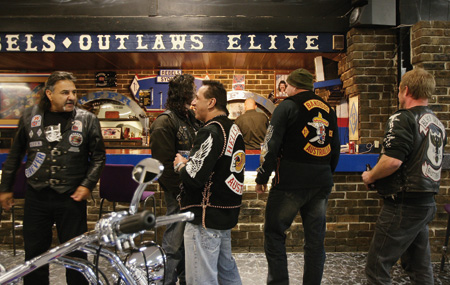 In a rare move, the Rebel’s founder Alex Vella called an emergency press conference, claiming there’s no organised crime element to the group, and that police had overstated arrest figures.

“My lawyers tell me it was only 77 (arrested),” Vella said, claiming most of the offences were minor traffic violations. But he admitted individual members had been known to break the law.

“I didn’t say we were squeaky clean,” he said. “In every family you’ve got a black sheep.”

So is there more to these tight-knit groups than the sensational stories that hit the headlines? It seems so.

Tony Thompson, author of Outlaws: Inside The Violent World Of Biker Gangs, who has researched gangs, spending time with members, agreed with Vella, saying not everyone joins a OMCG to commit a crime. 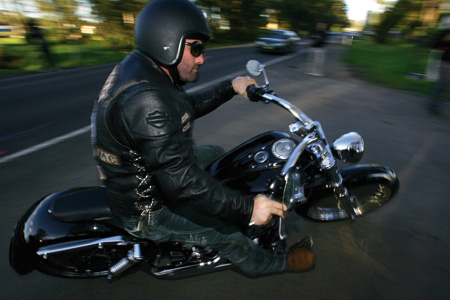 “Ultimately what these gang bosses are saying is true. None exist as a crime organisation, they’re not the Mafia, they don’t meet just to commit crime, but no one has ever been kicked out for having a criminal record,” he said.

“They’ll have people involved in organised crime, so if you want to get involved in that, you can.

“If the gang has people in, say, the US who are involved in drug smuggling, and you want to get into drug smuggling, this inner circle of international connection will make it easier to pursue a career in organised crime.”

And in terms of inter-gang fighting, Thompson compares it to the relationship between sports fans. “It’s part criminal and part gang pride – it’s like supporting a football team; you’ll hate the other side.”

Protecting their reputation seems to be high on the agenda for Tramps Motorcycle Club, after the Victorian government introduced legislation into the state’s parliament last week that would give police the power to apply to the Supreme Court to order criminal bikie gangs to be banned – similar to those passed in WA. 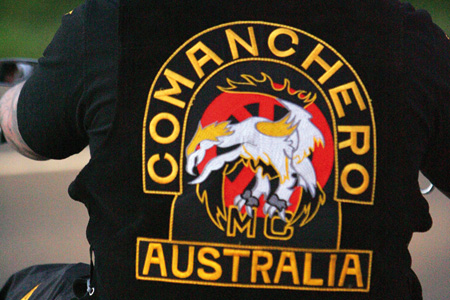 Once an organisation is declared illegal, the court could make control orders banning members from associating or participating in activities, including riding together and wearing their club colours and emblems.

Individuals who breached a control order would face up to five years’ jail and organisations could be fined up to AUS$400,000 and have assets confiscated.

But this didn’t sit right with John Suta, a lawyer for Tramps in Wangaratta, who hit out at the proposals, calling them “unfair”.

“These will include friends, family, dependants of so-called controlled persons in various ways. Police and politicians are simply attempting to stoke public fear for their own ends.”

However, despite the great outcry against the national crackdown on bikie gangs, officials are standing firm.

They’re determined that new legislation – which it is hoped will be introduced in Victoria by Christmas – will cripple OMCGs from meeting if they encourage criminal activities.

Attorney-General Robert Clark said: “It’s important these gangs are not able to simply shift their operation from one jurisdiction to another.

“The current law [in Victoria] means police are acting against individual criminal offences and prosecuting those particular offences. But the police do not have the power to act preemptively against gangs to strike at the entire activity of the gang.

“That is the gap that this legislation will fill.”

Whether it will work remains to be seen. 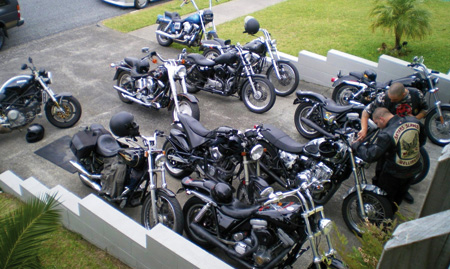 Christian Simpson, 37, author of Lost Youth Vol 1 New Zealand, was involved in the Miramar Warriors in Wellington from the age of eight.

He progressed to the Satans Slaves Motorcycle Club until he was 17 – a year later he was doing time for attempted murder, which was dropped to GBH with intent.

“If you end up in a youth gang, by the time you reach your late teens, if you haven’t sought out a criminal gang or motorcycle club … such a gang will seek you out,” he said. “They are always looking for new blood.

“If kids aren’t at college or doing well on a sports field or getting an apprenticeship, they’re more than likely to end up a lost youth to gangs, prison, and early death.”