Get your head around aboriginal culture

Indigenous culture remains a source of fascination for many visitors to Australian shores and, indeed, for many Australians as well. But the appreciation of the indigenous connection to the land, of their art and music, is silhouetted by deep and divisive issues, by the question of how, in 2012, indigenous quality of life can be improved. It is a question that has left many generations of Australians and more than a few governments scratching their heads, despite good intentions. It’s one of the most enduring, intractable debates in Australian life – in a country enjoying unprecedented prosperity, how can one section of the population have been left so far behind?

The author of a new book, Indigenous Australia For Dummies, Larissa Behrendt, has taken on the onerous tasks of tieing these various threads together, presenting a treasure trove of background information for those interested in the indigenous experience, while also attempting to unpick some of the tougher questions that continue to circle.

“I thought it would be helpful if people had more background and knew more,” Behrendt says. “It’s also for teachers, some of whom want to teach about indigenous culture, but aren’t confident enough to do it. So something like this, which covers off different areas, is quite useful.”

Indeed, Behrendt, who has a background in advocacy and law reform, has left no stone unturned, compiling a guide that runs the full gamut.

“The first part looks at history and culture – all before 1788 – it’s about clan structures and diversity of aboriginal culture. And then we look at how things developed chronologically from first contact, through colonial times all the way up to modern relationships, taking in citizenship and land rights.

“There’s also a section on contemporary culture – art and music – and we finish off with a section about the socio-economics affecting indigenous people, looking at their access to employment, education, healthcare and housing.

“The real problem was deciding what to leave out. There were some sections where I really had to brush up.”

For travellers who comes to Australia and then go walkabout up north, an indigenous experience can be one of the highlights of their trip. Whether it‘s an afternoon spent cooking bush tucker or learning about aboriginal art, there’s something authentic and unique about it. 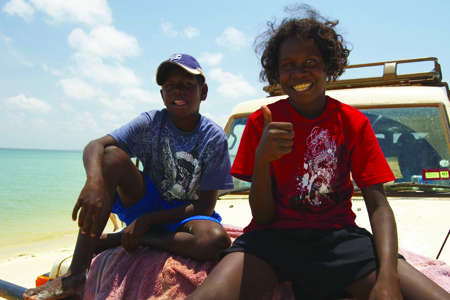 “It’s the diversity too. That was one of the things that really surprised me – the difference between saltwater people and freshwater people, the differences between aboriginals in the Northern Territory and people in Tasmania.

“To try to write informatively about kinship systems and totemic systems, while summarising all the differences, was really quite hard. And although aboriginals were of course traditional hunter-gatherers, there are different ecosystems across the country and very different climates. They used very different language groups across Australia, as well, so it’s difficult to generalise about things like that.”

After writing Indigenous Australia For Dummies, Behrendt believes there are more than a few points that will challenge the casual assumptions about aboriginal life; in particular, she says, the caricature of remote communities, out in the middle of nowhere is misleading.

“The largest aboriginal population is in western Sydney, a place called Mt Druitt and, overall, there are more aboriginals in NSW than Queensland, which I think would surprise a lot of people,” she says.

“There were some other things that would really challenge public perception – people might think of aboriginals living in remote communities but it’s often the ones living in urban communities who are in abject poverty. It’s just reinforced for me that, when you talk about indigenous Australians, you’re not talking about one thing – you’re talking about 500 different nations, different clans. The connection to the country is similar, but someone in Broome, for example, lives very differently to someone in Tasmania.”

Perhaps this breadth of experience has contributed to some fundamental misunderstandings among white Australians who, even if they are broadly supportive of improving conditions among indigenous communities, might not necessarily grasp the nuances of how they live and where they’ve come from. 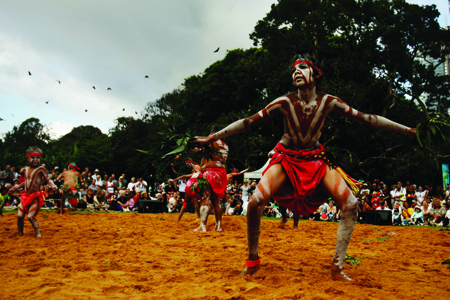 A lot of Australians probably feel that a lot of effort has gone into helping aboriginals without much of an outcome,” Behrendt acknowledges. “And when you look at it, and all the policies, there’s not been a quick fix. But, where you see the improvements, where you see communities coming up, you see that the best results don’t come from the top-down, but through working with the communities.

“There’s sometimes a bit of a view that aboriginals can be part of the problem, that they don’t manage money very well. But it’s not true. We’ve had so many local solutions – thinks like dry communities in parts of the Northern Territory – that’s done on a voluntary basis.”

Indeed, so much of Australia‘s coverage of indigenous issues focuses on the problems – although it is entirely newsorthy, it can create a skewed perception and fix certain images within the public mind. And, on this point, Behrendt argues that, where these problems exist, it is the breakdown of traditional values that is to blame.

“There’s danger of people looking at the various social problems and attributing them to aboriginal culture – whether it’s domestic violence or anti-social behavior,” she says. “But, where there’s that level of dysfunction, it’s because the traditional values have been unravelling. The things we were taught, growing up in an aboriginal family, were respect for the land, respect for the wisdom of the elders and for their life experience. And, certainly, there’s respect for women.”

For Behrendt, the way forward for indigenous communties and the millions of other Australians who would like to help but are no longer sure what that means, the answer revolves around engagement with communities rather than prescribed government solutions.

“People might look at the money spent on helping aboriginal communities and all these expensive programs but 75 per cent of it goes to contractors so the government, despite all the rhetoric in the world, is just not able to deliver,” she says. “All the research says that you need aboriginal people involved, these communities with their informal networks. Some governments still don’t get that, so there’s still a lot of myth-busting that needs to happen.”