That term could have been reserved exclusively for Ellyse Perry, the first and only woman to have played in World Cups in two sports, cricket and football. The smiling speedster is a bona fide marketing machine, not that you want to put it to her that way.

The closest to prickly the media-savvy fast bowler gets during TNT’s chat is when we broach the third aspect of her career – while passion for her two sports, playing for the Southern Stars in cricket and Sydney FC and the Matildas in football is clear, we dared wonder if she enjoyed or endured the trappings of being so ‘sellable’ an asset to her sports. A poor word choice for a hugely talented sportsperson who, well, is obviously attractive (not that you’re allowed to say it). 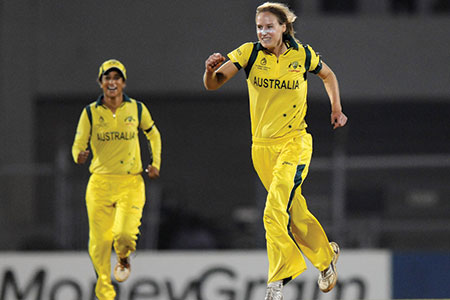 “Probably not so much when you phrase it like that,” Perry says, with an awkward laugh. “For me I’m involved in two things I really enjoy. But the success I’ve had is only down to the team’s success. So from that point of view, I’m happy to enjoy playing, that’s first and foremost, and the other stuff is a nice offshoot.”

The success Perry refers to over the past 12 months for the Southern Stars, featuring her among a host of shining lights, has been immense. They won the 50-over World Cup this year to add to the Twenty20 title they took in 2012. They arrived in the UK last week to defend the Women’s Ashes, a title Perry says matches the World titles.

“I think it’s no different to the men, in terms of the significance of it,” Perry says. “It’s certainly alongside the World Cups, but there’s something special about a women’s Test match, because we don’t play them that often.

“As someone who just loves cricket, a Test is the ultimate. So certainly to play one for your country is wonderful. The different challenges make it all the more special.” 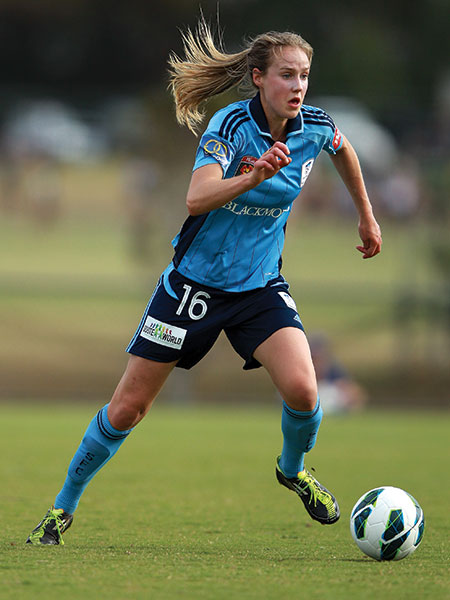 While women’s cricket has never enjoyed the profile it does now, women’s Ashes have been played since 1934/35, with Australia winning seven series to England’s four – seven have been drawn. That’s 18 series. For the first time this year, starting Sunday with a Test over four days at scenic Wormsley in Buckinghamshire, the Ashes title will also incorporate three one-dayers and three T20s, with points allocated for each format (see below for more).

Perry expects to be at her full 120kmph pace come day one in Wormsley, after soldiering on through a clearly painful ankle injury during the World Cup in India – it required surgery and then she suffered an infection, setting the recovery back further. “It’s been a fairly slow process since I got the injury to where I’ve come now but it’s been a nice few months now and I’m ready,” she says.

Perhaps to show the boys a thing or two? This was asked the day before the third Test began at Old Trafford and Australia finally showed some fight to end the day 3-303 with a century to captain Michael Clarke. Being an international cricketer since she was 16, the same year she debuted for Oz in football, Perry clearly knows more than TNT. 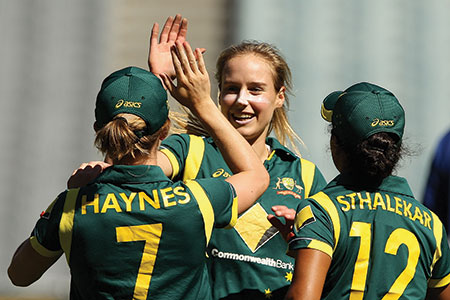 “They’re going through a difficult period. [South Stars] went through a similar thing four or five years ago in terms of a whole new squad coming together,” she says. “It was just about working hard and consistently and as a squad, and on the back of that we’ve had success. Most of us are used to the luxury of seeing the men doing well, but they’ll turn it around.”

Being around the national set-up for so long, Perry is also relishing her role as a leader of the side, captained by keeper Jodie Fields, especially when new quick bowlers join the attack. “Looking at the amount of games I’ve played and time in the team I’m one of the more senior players,” she says. “Being a fast bowler I try to help the new girls who come into that role and hopefully that makes some sort of difference, but we have great experience across the board and a lot of people capable of being leaders.”

There’s no greater Perry protegé than Holly Ferling, 17, who idolised Perry as a teen in Kingaroy, Queensland, and from the boundary could be mistaken for her with flowing blonde hair, smooth bowling action and speed. Ferling famously replaced injured Perry and starred in Australia’s two-run win over England in the World Cup Super Sixes. 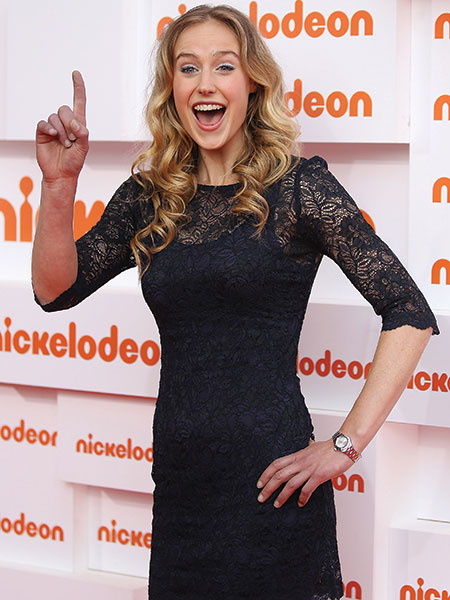 It’s a bonus for the Aussie squad, as it’s not like the sport needs to find a replacement for Perry. Nor does Sydney FC need to find a speedy new defender. While the first stories about her two-year romance with a young star rugby player came out last week – both parties prefer their private lives to stay that way – Perry has no intention of giving herself exclusively to football or cricket.

“I still play both sports,” she says defiantly. When asked about them clashing, such as when the Stars defend their T20 crown in Bangladesh in March and the Matildas take on Asia’s best in World Cup qualifiers in May, her resolve doesn’t quiver.

“It’s the way I’ve always done it, in conjunction with both sports,” she says. “I have wonderful support from the Football Federation Australia and Cricket Australia, so whenever a clash arises I work it out with a lot of other people. I truly love playing both sports, as much as each other. I want to keep playing both sports as long as I can.” 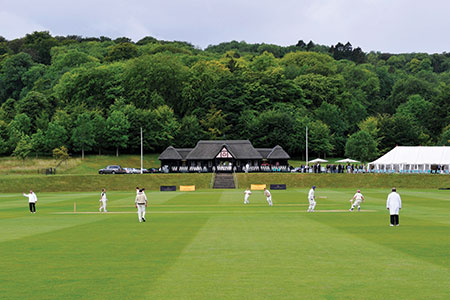 The Women’s Ashes will be played over  a Test, two ODIs and three Twenty20s, starting on Sunday.

Test victory earns six points while there are two points up for grabs in each of the limited overs games – most points wins the Ashes, simple.

“It’s a great new concept,” Ellyse Perry tells TNT, and one that does justice to the always tight contests between Australia and England’s women’s teams.

“In the last 12 months or so we’ve slightly had the upper hand because we’ve won the T20 and ODI World Cups, but in both of those tournaments the closeness of the matches with England show it could have gone either way. I’m confident that whatever way the result goes, it won’t be by much.”

All games will be covered by BBC Radio 5 live Sports Extra (days clashing with the men on BBC Sport online). T20s will air on Sky Sports Ashes HD.