After years of research he received the Nobel Prize in Physiology or Medicine in 1937 and gave away his prize money to Finland, who were fighting off an invasion Soviet Union.

He continued his research into biophysics and muscle movement, then at the dawn of World War II as Hungary was invaded he helped his Jewish friends escape the country. He then went on to become a member of the Hungarian resistance movement.

At the time Hungary was allied with the 'Axis powers' of Germany, Italy and Japan – but the then Prime Minister of Hungary sent Szent-Györgyi on a secret mission to Cairo to negotiate with the Allies, under the guise of a scietific lecture.

When the German's discovered this plot, Adolf Hitler himself issued a warrant for the arrest of Szent-Györgyi, and he was placed under house arrest. He escaped and spent the rest of the war on the run. 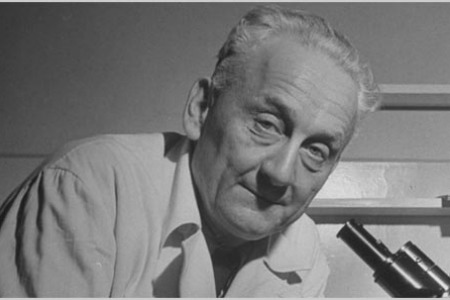 Following the war he moved to the USA and established the Institute for Muscle Research in Massachusetts, but found that his association with the government of a communist nation caused problems.

He went on to make many important discoveries in cancer research, and in the 70's founded the National Foundation for Cancer Research.

Banking in the UK

Video: Prince Charles DJing – The Prince of Wales on the wheels of steel