Fear not, backpackers! Three months in regional Australia need not be a daunting or horrifying prospect, the vast majority of people we’ve spoken who have completed their three months of work have thoroughly enjoyed it.

So, don’t even think about jagging it! Aside from the fact that it’s highly illegal, you’re cheating yourself out of an experience that so few people get to have.

Just because somewhere is regional, doesn’t instantly mean it’s terrible! We’ve narrowed it down to only 10, of possibly hundreds, of lovely little regional areas right across the country where you can spend your three months.

Besides, you might actually be able to save a little money for a change. If you haven’t realised it already, cities like Sydney and Melbourne are amongst some of the most expensive places to live on the planet. Between rent/hostel fees, groceries and alcohol you’ll notice  a lot more money going out than is coming in.

On a fruit picking assignment though, you’ll be housed, fed and watered for free and you’ll be working sun up till sundown so, even if there was anywhere to go out and spend your money on piss, you won’t want to do anything but sleep.

It’s also a chance to get some more travelling done, not been to the Northern Territory yet? Why not go fruit picking in Kakadu? Always wanted to see the beauty of Tasmania? Apples in Huonville!

Plus, all that time out in the vineyards means you’re going to get a killer tan. 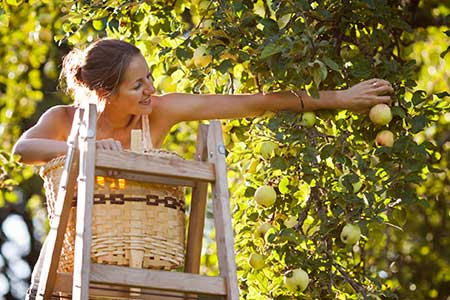 Known as the ‘food bowl’ of Australia, Shepparton is the hub of the thriving Goulbourn Valley.

There are not only plenty of employment options in the town, but you’ll find work in surrounding regions including Congupna, Grahamvale, Kyabram, Lemnos and Mooroopna.

Crops in the region produce tomatoes and stone fruits such as pears, peaches, cherries and apricots, allowing for harvest work ranging from fruit picking to tree pruning depending on the time of year.

When you’re not picking fruit, explore the forest tracks, hit a round of golf, or for the road-trip enthusiast, Shepparton is ideally located only a couple of hours drive from buzzing Melbourne or you could even head up to the Snowy mountains.

Jump on this seasonal job hot spot in the heart of Australia’s thriving tropical fruit industry. Less than one hour’s drive west of Cairns, Mareeba is home to Australia’s best mango and paw paw harvests.

Work up a sweat in the tropical heat surrounded by beautiful rugged land where rainforest meets the outback.The region is renowned for its mangoes yet is home to many other crops including pineapples, avocados, lychees, sugar cane and cashews, so there is an abundance of work and you’ll instantly feel right at home with Mareeba’s friendly country hospitality.

There are lots of opportunities for your rostered day off adventures including outback camping, exploring the local tropical rainforest, as well as the popular annual Rodeo which is held in July.

Located on the mighty Murray River is a large agricultural region well known for its orchards and vineyards. In the many towns that make up the region you’ll find an abundance of varied fruit picking jobs at any time of year. Harvest work will see you picking grapes, citrus fruits and stone fruits.

If you still muster the energy after a hard day slogging it in the orchard, make the most of the Riverland’s natural adventure playground. Hire a boat or jet ski and test your water sport prowess, enjoy a spot of fishing or camp on the banks of the Murray. 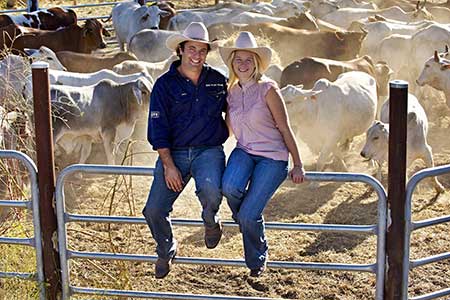 Almost a fifth of the nation’s apples are grown and harvested down under in Tasmania. Whilst sometimes overlooked, Australia’s lone state is arguably the most serene and picturesque of all.

Spend your fruit picking days in the midst of peaceful and relaxing surroundings; sheltered by beautiful rolling hills and crisp fresh air.

On a well-earned day off, take a hike through the valley, visit the Cygnet Art Gallery, or stick to theme by visiting the local Apple Museum.

The beautiful, relaxed beachside region is a popular tourist destination for folks chasing the sun.

Margaret River town is located 170 kilometres south of Perth. The surrounding area forms the Margaret River wine region, which is well known for its wine production and tourism.Home to over 130 wineries, you’ll never be short of finding vineyard employment, with jobs ranging from grape picking to vine pruning.

Margaret River boasts a Mediterranean-like climate together with spectacular scenery, and is the perfect haven for lovers of fine wine and good food.

Wine tours are a must, but if you can tear yourself away from the vineyards head to the coast and learn to surf, or simply relax and top up the tan.

In the ‘Top End’ of Australia you’ll experience a tropical climate with distinct dry and wet seasons in outback Australia. The ‘dry’ between May and October is the busiest tourism period, and things slow down during the ‘wet’ between November and April, yet harvest work still continues.

Seasonal jobs in this tropical location include melon picking, citrus picking and mango picking.Katherine is conveniently located central to all the Top End has to offer, only a couple of hours drive from Kakadu, Gregory and Litchfield National Parks.

The busy town is also host to a number of popular events throughout the year including the Katherine Fringe Festival, District Show, fishing competitions and the Daly Waters Rodeo, so you’ll never be short of a good day out. 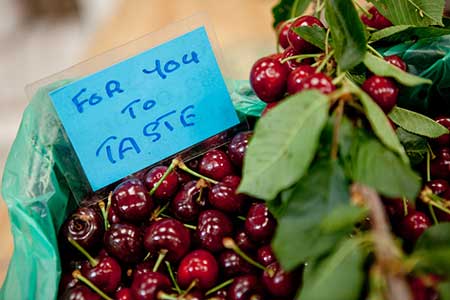 Bundaberg Rum or ‘Bundy’ is the initial reference for this north Queensland town, which boasts the same nickname. Bundaberg is one of Australia’s major seasonal work destinations, absolutely jam packed full of harvest workers, travellers, fruit pickers and backpackers.

Bundy produces the most tomatoes Australia wide and accounts for approximately one fifth of the national sugar production, which supports the production of ginger beer and rum.You’ll also find plenty of harvest work picking cucumber, mango, capsicum, beans, paw paw, corn avocado, citrus and potatoes, as well as farm work opportunities all year round.

Bundaberg has a balmy sub tropical climate perfect for spending your days out in the sun. It’s the place to be to meet plenty of people with whom to split a bottle of rum and has loads of opportunities for your leisure time including fishing, cycling, golfing, kayaking, camping, surfing and of course visiting the Bundaberg Rum Distillery.

Warne backs Aussies to cash in against “weak” Indian attack