How does the future look?

For example, according to the 1960s’ version of the 21st century, we should all be in flying cars by now, teleporting back and forth from the office while our robot butlers take care of the housework. That vision, alas, has not materialised. But it has not stopped us gazing into the crystal ball. Indeed, a new collection of essays, compiled in Megachange: The World In 2050, presents a fundamentally optimistic vision of the future, while acknowledging the challenges that must be overcome in the next 40 years.

“The adaptability and ingenuity of people tends to be under-estimated,” Daniel Franklin, the co-editor of the book and The Economist’s executive editor, says of a forecast that, on balance, is sunnier than many might expect. “History also shows that some terrible turns for the worst can be taken and it would be foolish to ignore the possibility of events moving in the wrong direction. But nothing’s pre-ordained and that’s the point made repeatedly.

“It doesn’t ignore the enormous challenges in the world – the questions about resources, the environment and security. But, very broadly, it’s an attempt to take a level-headed look at how to adjust to these, how to address them, and also focus on the some of the exciting developments that hopefully help people tackle them.”

One of the most acute challenges facing humanity, according to Franklin, is the inexorable and rapid increase in population. The current 7 billion will balloon to 9 billion by 2050, placing increased stress on resources in the areas of greatest growth. Franklin, though, insists it need not be a recipe for disaster, while acknowledging the sites driving this growth will need to be astutely managed.

“Population expansion is going to happen and has to be dealt with. But we’ve already had quite rapid population expansion and it hasn’t coincided with an increase in war or famine, despite the impression you might get. The reverse is actually true. The world produces enough food to feed itself – the problem is that it doesn’t always get to the right areas. 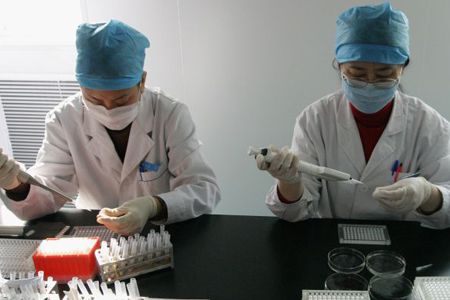 “Half of those extra people will be in Africa, so it’s either a huge opportunity for that continent, having a large working-age population without as many dependents, or it’s potentially a huge problem.”

This rise in population has the power to reshape the world, skewing its centre of gravity further eastward, the west’s influence likely to wane while Asia’s booms.

“The balance of the world’s economy will likely be very different – Asia will be responsible for more than half the world’s production, which is interesting because, historically, that’s the way it was,” Franklin says. “That was the norm. It was only with the industrial revolution that Europe and America really surged up. That’s now being reversed.”

Today, about half the world’s population lives in cities. That will go up to about 70 per cent by 2050, creating major sustainability challenges for town planners, as megacities struggle to make themselves liveable while still consuming resources efficiently.

“Within those cities, especially when you consider a lot of the fastest-growing cities are going to be in Africa and Asia, there’s probably going to be a fair bit of shanty-town dwellings,” Franklin says. “These cities are likely to look more like Mumbai and Lagos than Paris, New York and London. So it will be a major challenge, something that’s going to require a great deal of ingenuity to make it work.”

In terms of worst-case scenarios, Franklin is less concerned by the threat of global warming and the prospect of nuclear armageddon than the potential impact of exotic new diseases. Consider, for example, that, in 1980, no one had heard of Aids but, within a few years, it had become the number one killer of adult American males. 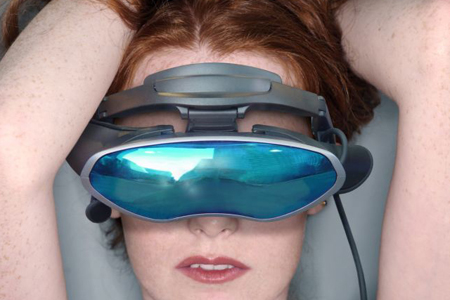 “Diseases crop up all the time and globalisation, the hyper-mobility of populations, makes it easier for diseases to spread faster,” Franklin says. “But there are new networks for detecting outbreaks as well, so there’s this battle between the rapid spread of disease and humanity being much better equipped to detect and stop it.”

Hand-in-hand with the rise of developing countries and more densely urbanised populations will be the ubiquity and affordability of technologies that, to us today, seem completely space-age.

“Technology is the most difficult area to forecast because there are, of course, inventions no one can imagine 40 years earlier,” Franklin says. “In 1970, could anyone have foreseen the internet or the way mobiles have changed our lives? But, in terms of the broad categories, there are some good bets.

“The future belongs to biology and biotechnical sciences – those areas are in for a great period of discovery. A lot of it stems from our ability to now sequence DNA and apply to that parts of advanced computing, which opens doors to nanotechnology and vastly different ways to treat cancer and deliver things like personalised medicine.”

Specifically, Franklin predicts advances in computer chips will revolutionise personal communication, to the point where data about anything a consumer encounters – events, products, people, transport routes, restaurants – will be instantaneously available to them. Facebook will look like a penny-farthing bicycle next to a private jet, a dirt track next to a super highway.

“When it comes to information, the huge swatches of data that are now available, we’re yet to see the technology that really makes sense of that and makes the most of it,” Franklin says. “We’ll start to overlay that data in real-time, creating things like augmented reality – so you have access to data that’s embedded in things, and eventually embedded in our bodies. It’s just a matter of time before clever companies start to develop those kinds of services.”

Healthy eating and detoxing in London

The Netflix Series You Need To Binge Right Now