His side’s only real test has come in the opening match when they were fresh against an impressive and ultimately unlucky England side that lost the lead with the last pass and the match with the final kick of the semi-final against New Zealand.

But on Saturday they come up against hardened class in the Kiwis line-up and those missing could actually be missed.

Sheens is giving fullback Billy Slater until the last minute to prove his knee’s up to the final at Old Trafford, and that limit is tomorrow afternoon – 48 hours before kick-off officially – when each side must name their 19-man squad selected from what it left of their 24-man touring party.

If Sheens decides to risk naming Slater, prop Nate Myles or utility (hooker, really) Robbie Farah would be dumped from the bench meaning a lack of cover if a forward gets hurt in the lead-up.

Brent Tate will likely be in the 19 as in the event of Slater not playing, Greg Inglis would go to fullback and Tate, who was injured for the 2008 final loss to NZ, would stay in the centres where he played in the semi.

“I am just waiting, I guess that is all it is for me at the moment,” Tate said. “I am just preparing as if I am playing, whether it is there or somewhere else, and it will just be like a normal week for me.”

“No matter who he picks there is going to be some quality players miss out and I even hate the fact I am sitting here talking about how I could be that player.” 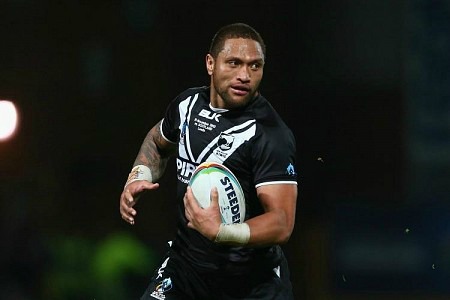 As for New Zealand, Stephen Kearney has is own worries with some of his best performers of the tournament in doubt.

Roger Tuivasa-Sheck, Manu Vatuvei and Frank Pritchard all have questions marks hanging over them in the lead-up.

If he names them all but they aren’t fit to play, the Kiwis will need special permission – which by all accounts is not easily given – to bring in replacements.

Tuivasa-Sheck, who crossed twice against England, has been cleared of a broken leg while Vatuvei’s groin is on the mend after he missed Saturday’s nailbiter.