Kate and William at Wimbledon: Andy Murray bows, the dress, the Mexican Wave

Kate Middleton and Prince William were bowed to by Andy Murray at Wimbledon yesterday after the royal couple cheered him on and even took part in a Mexican Wave.

Duke and Duchess of Cambridge William and Kate got a standing ovation when they took their seats in the Royal Box before the match, where they watched Murray claim victory on Centre Court. 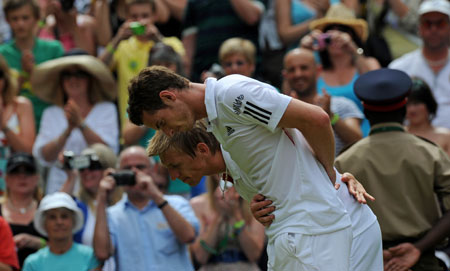 After receiving a standing ovation from royal couple William and Kate, Murray took a bow, although he later admitted he’d now known they would be there or he’d have practiced his bow.

“It was nice. I didn't know they would be there. As I walked off the practice courts a journalist told me. I didn't practice the bow – I didn't know if my source was correct or if they were winding me up.

"I think it's great for tennis any time you can get royalty to come along." 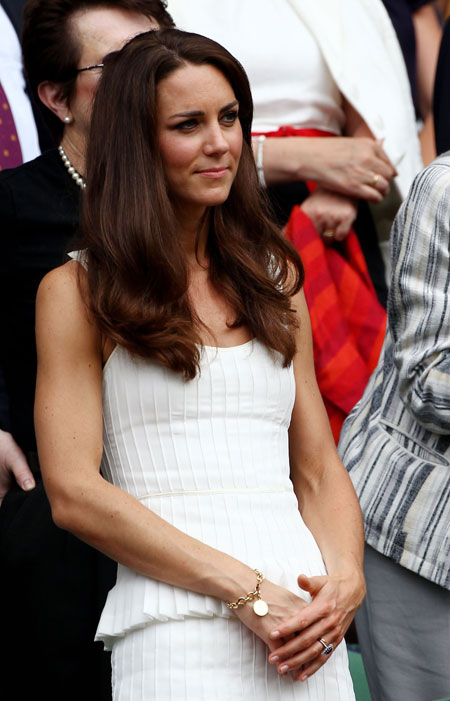 The Duchess of Cambridge in Temperley's Moriah dress.

After the match, Murray was briefly introduced to the royal couple who were seen to give him a pat on the back and tell him: “Well done.”

Murray said: “If I'd known they were coming, I would have shaved. I was thinking to myself as I came off I was sweaty and very hairy. I said to them, ‘I'm sorry, I'm a bit sweaty’. But it was very nice to get to meet them.” 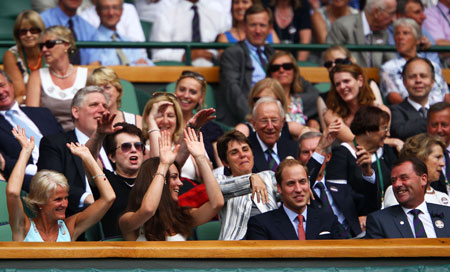 Kate Middleton joins in the Mexican Wave at Wimbledon… 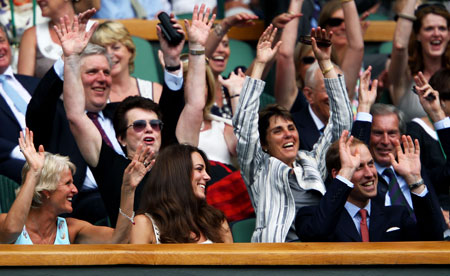 And encourgaes a reluctant William to do the same.

During the match, the royals showed their Wimbledon dedication by joining in a Mexican Wave, although William looked rather less enthusiastic than Kate.

Kate’s white, pleated Temperley's Moriah dress (£395) received high praise and sold out online within an hour of her wearing it. 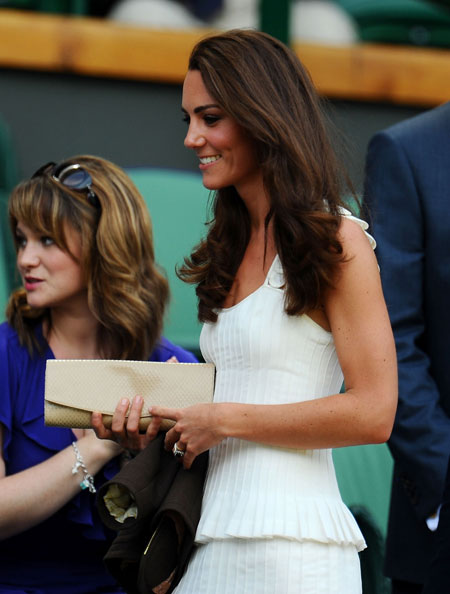